‘People will always try to bring you down!’: Stacey Solomon calls out ‘unkind’ trolls after moving into her new ‘forever’ home in Essex

She delighted fans when she announced she had moved into her new ‘forever’ home with fiancé Joe Swash.

But Stacey Solomon was forced to call out ‘unkind’ trolls on Thursday and said that ‘people will always try to bring you down’.

The Loose Women panellist, 31, took to her Instagram Stories to share some kind messages from fans where she admitted she has also received a ‘fair few’ trolls. 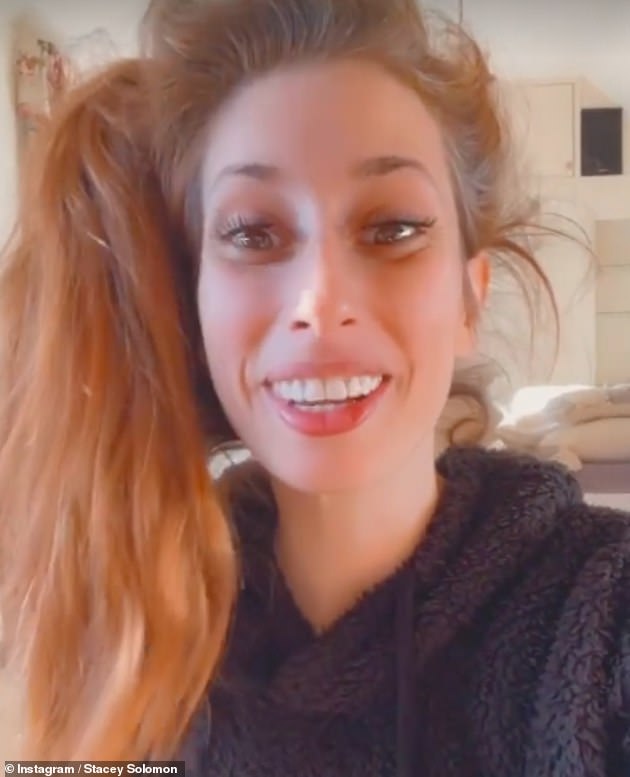 Cruel: Stacey Solomon was forced to call out ‘unkind’ trolls on Thursday and said that ‘people will always try to bring you down’

She recently moved into the Essex pad, which she’s called Pickle Cottage, with Joe, 39, and her three sons Zachary, 13, and Leighton, eight, and Rex, 22 months.

Sharing a snap of the messages from followers after doing a tour of her home, Stacey wrote: ‘There’s always going to be unkind people out there.

‘And I’ve seen a fair few over the last few days especially. People will always try to bring you down… but they don’t matter at all. 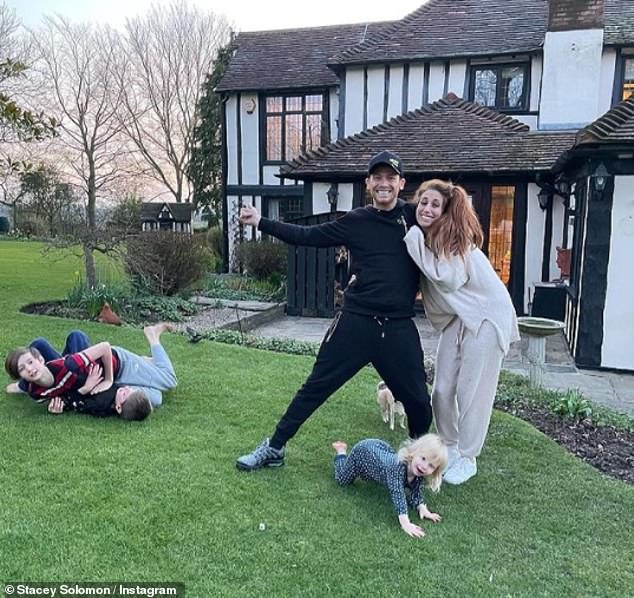 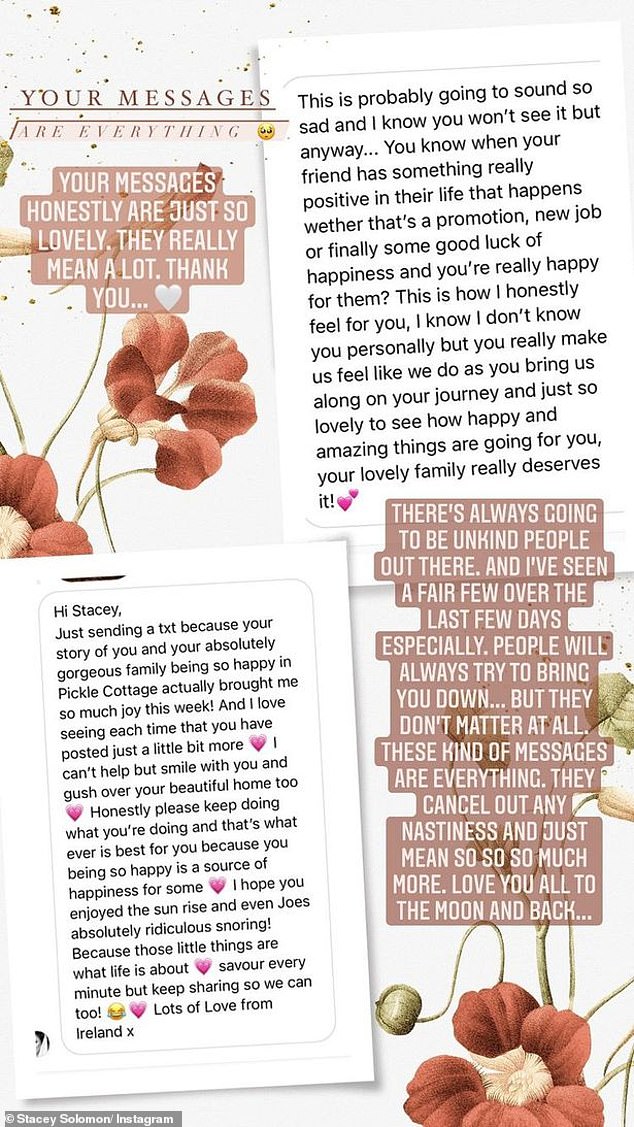 Touching: Stacey took to her Instagram Stories on Thursday to share kind messages from fans  where she also called out ‘unkind’ trolls

‘These kind of messages are everything. They cancel out any nastiness and just mean so so so much more.’

On Friday, Stacey fought back tears as she discussed moving into her ‘forever home’ on Loose Women.

Reflecting on the decision to move house, Stacey admitted even she can’t believe how far she’s come from being a teen mum, after giving birth to her son Zachary when she was just 17.

In her first appearance on the panel since moving last week, Stacey admitted it was a last-minute decision by herself and Joe to buy the house and move in with her children. 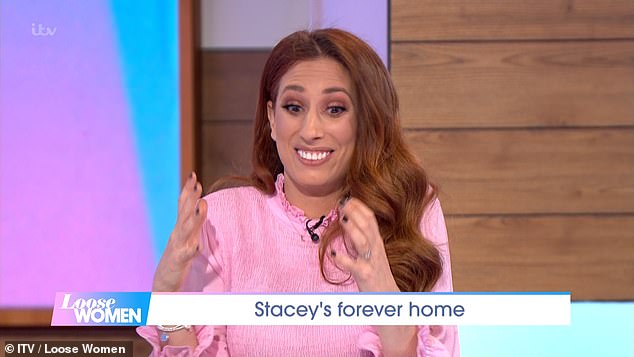 Dream come true: Stacey fought back tears as she discussed moving into her ‘forever home’ on Friday’s Loose Women

She said: ‘We always thought we’d love to move away from London and find somewhere we could afford that had more greenery.

‘A house came up and it cost as much as it would cost the same as our house to sell and we thought should we go for it, and things happened really quickly and fell into place and actually we rushed in there because we exchanged and completed super quick.

‘We all feel like we’re in an Airbnb and someone is going to come in and say you have to check out tomorrow.’

Stacey went onto reflect on how far she’d come in the 13 years since she became a mum to her son Zachary, having fallen pregnant when she was just 17 years old. 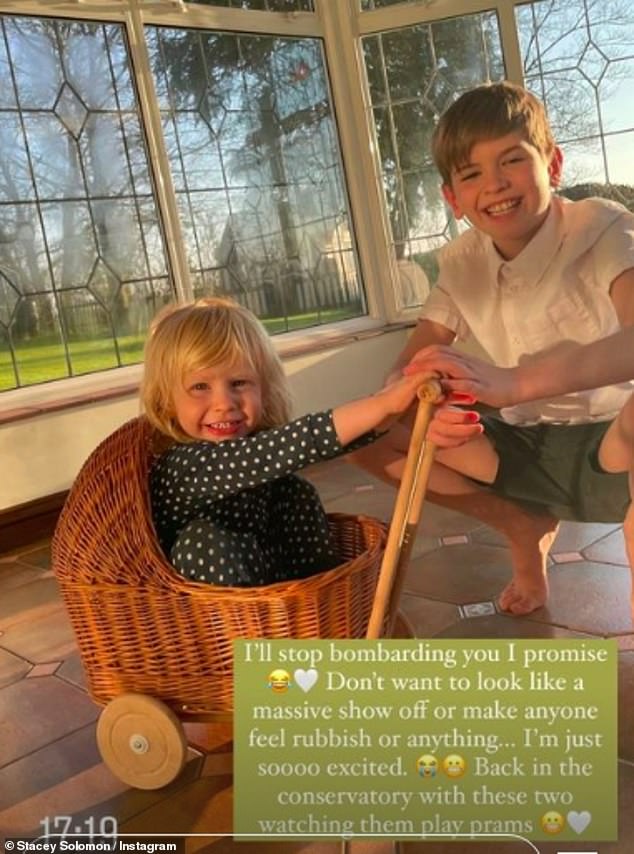 Excited: Stacey took to her Instagram Stories to give fans a glimpse inside her new Essex pad but was wary she was ‘bombarding’ fans with content at a difficult time

She said: ‘It’s the weirdest thing, we’re all just, it’s funny I was saying earlier, at 17 I was pushing Zack in a pram thinking ”oh my god my life is over”, and even people would say that, ”you’ll never go back to college, good luck, what have you done?”

‘And then for us, especially with Zack, and not because I love him more than the other kids, we’ve just had a very different life experience together.

‘We were in the garden the other day and he’s literally saying what I’m thinking, ”I can’t believe we’re here”, and I’m like ”me either Zack, what the hell, how did this happen?” It’s been a real surreal couple of days.’ 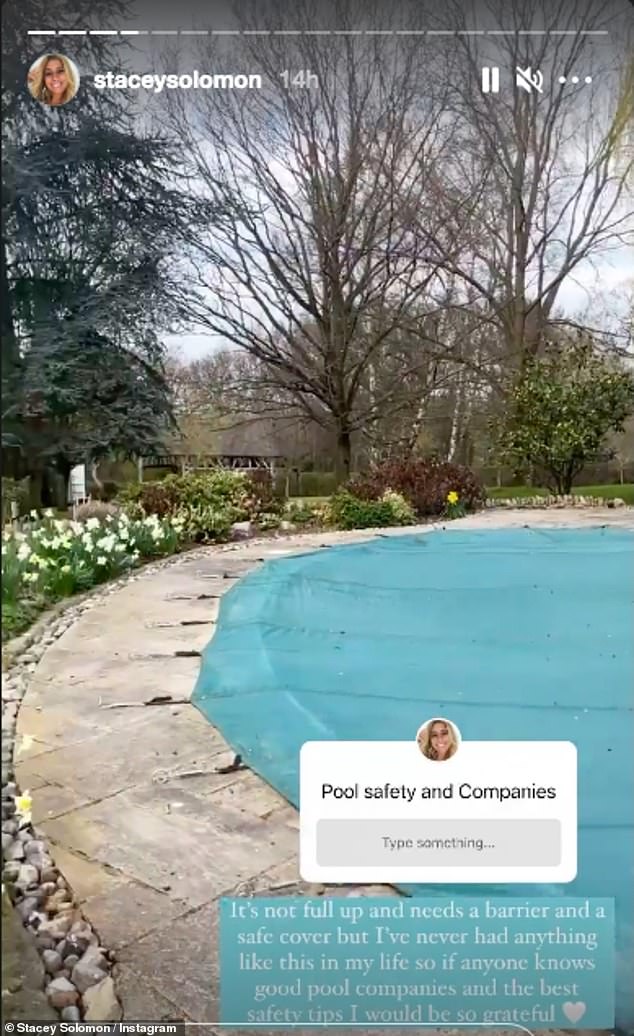 Luxurious: Stacey could hardly contain her excitement with the new home and showed off the swimming pool

Throughout the week Stacey has offered fans numerous glimpses of her new home on social media, complete with its own pool house, a library and 2.5 acres of land.

After moving in to their new home on Monday, Stacey shared an adorable snap which saw Joe posing with his arm triumphantly thrust out while a smiling Stacey cuddles up to him. 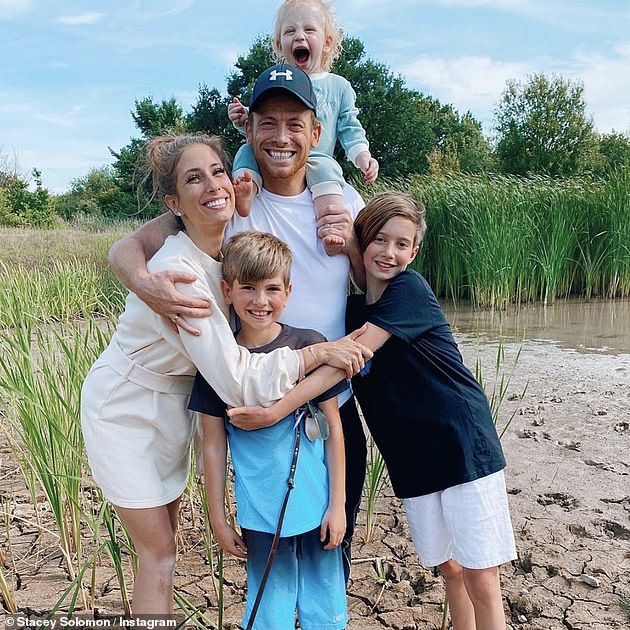