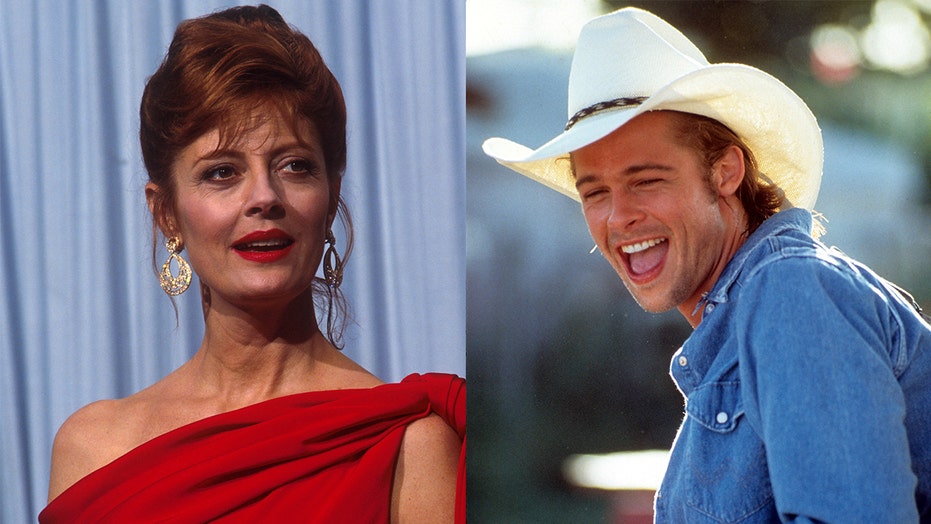 The actress starred in the 1991 film “Thelma & Louise” alongside Geena Davis, a trailblazing classic about two women who embark on a road trip that soon devolves into a crime spree. The movie, which just celebrated its 30th anniversary, also features a young Pitt, who starred as a cowboy drifter.

Sarandon recently told Extra that the 57-year-old’s performance surprised her.

“When I saw the film, the part that really impressed me, in addition to his good looks and great body, was his sense of humor because he really fleshed that part out in a way that wasn’t necessarily in the script,” the 74-year-old explained. “I thought, ‘Ah, this guy’s interesting, you know, he’s not just a really gorgeous face.’” 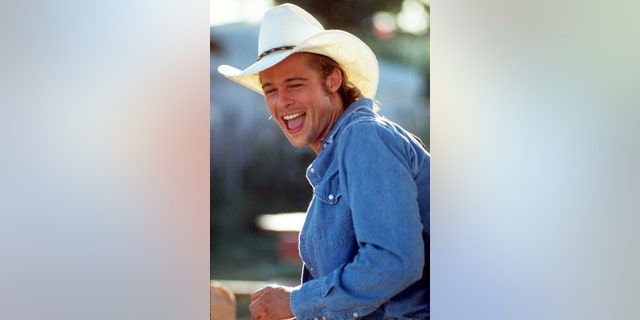 Brad Pitt smiling in a scene from the film ‘Thelma &amp; Louise’, 1991.
(Photo by Metro-Goldwyn-Mayer/Getty Images)

“He took it as a character part and as we can see from his career, he really continued to push the envelope in ways that he really didn’t have to when you look like that,” she shared.

Still, the star admitted she didn’t expect the film would be celebrated over the years.

“I just thought it was so fun,” she told the outlet. “We were kind of like a cowboy movie except with women and trucks instead of horses and guys.”

“He just had ‘it,’” the 65-year-old told PEOPLE magazine. “I could tell when he was auditioning that he was super talented. He has done so many incredible things over the years. I don’t think that it’s unusual for him to be honored. He really is the ‘star’ of the moment, which is fabulous, and it is just great to see.” 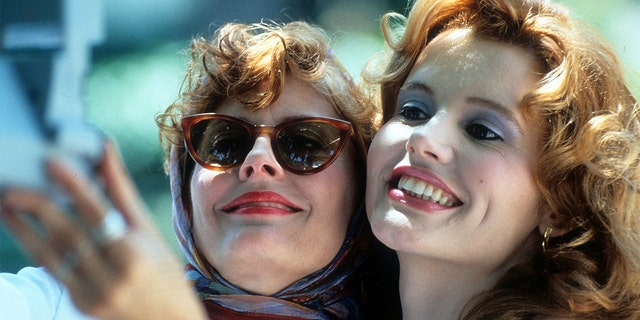 Susan Sarandon and Geena Davis taking Polaroid of themselves in a scene from the film ‘Thelma &amp; Louise’, 1991.
(Photo by Metro-Goldwyn-Mayer/Getty Images)

Pitt gained widespread attention for his role in “Thelma & Louise,” where his love scene with Davis initially defined him as a sex symbol.

While Pitt has led a successful career in Hollywood, it wouldn’t be until February 2020 when he won his first acting Oscar for Quentin Tarantino’s “Once Upon a Time… in Hollywood.” He beat out an iconic group that included Tom Hanks, Anthony Hopkins, Joe Pesci and Al Pacino.

He was honored for his role as Clint Booth, a stunt double for Leonardo DiCaprio’s actor character in the film about the Manson family murders.