Sylvester Stallone attends the LA premiere of The Suicide Squad

Sylvester Stallone, 75, is every bit the action man in all-black outfit at LA premiere of The Suicide Squad

Sylvester Stallone commanded an imposing presence at the Westwood premiere of The Suicide Squad on Monday evening.

The 75-year-old actor was seen raising his hands and greeting his fans while making his way to the red carpet before posing for a photo with the feature’s director, James Gunn.

The Rambo star provided the voice of Nanaue, also known as King Shark, for the upcoming movie, which is currently set to have its debut in the United States later this week. 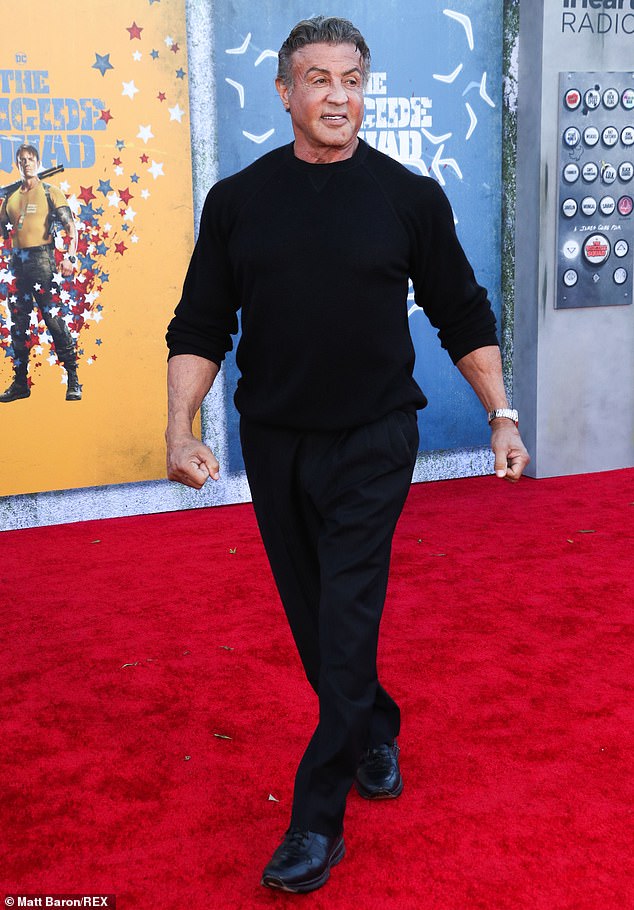 Making an appearance: Sylvester Stallone was seen walking the red carpet at the Westwood premiere of The Suicide Squad on Monday

Stallone kept it simple at the premiere as he sported a black crewneck sweater with pulled-up sleeves to the event.

The Rambo star also wore a pair of slightly loose-fitting pants and a set of leather shoes, both of which matched his top.

The performer’s silver hair provided an interesting contrast to the dominant tone of his outfit. 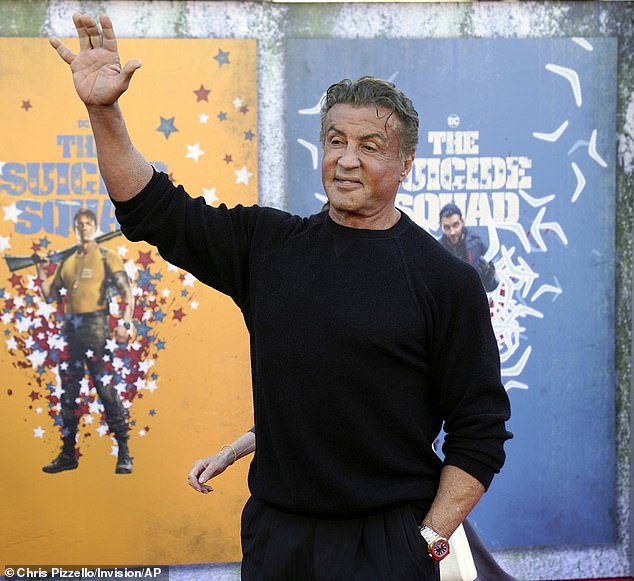 One and done: The Rambo star was dressed in a black crewneck sweater with pulled-up sleeves during the event 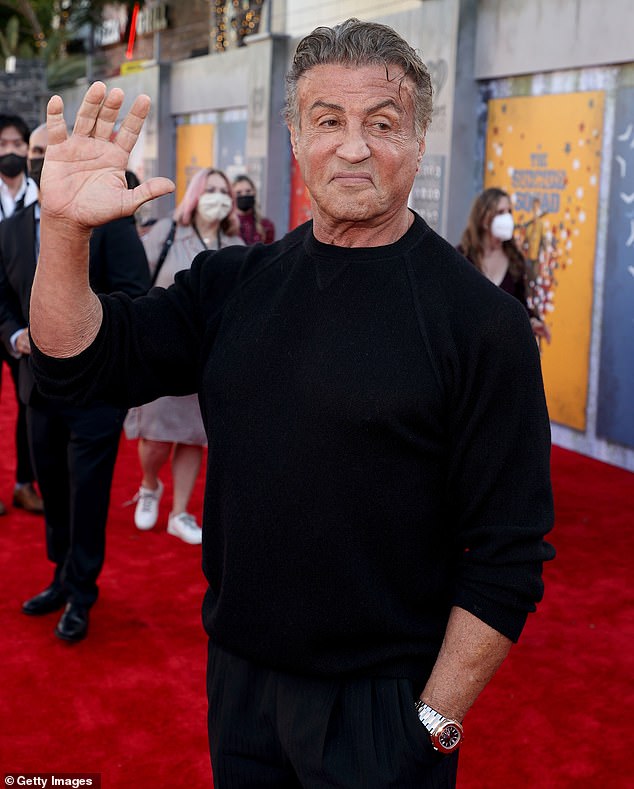 Matching it up: The performer also sported a loose-fitting pair of matching pants while spending time on the red carpet

Stallone was first attached to The Suicide Squad in November of last year, which was confirmed by the feature’s 54-year-old director on his Instagram account.

The filmmaker spoke to CinemaBlend last month and noted that the Rambo star’s character went through a lengthy design process.

Specifically, Gunn noted that ‘developing him from the very beginning as this sort of lovable, but incredibly dangerous, galoot was very, very difficult.’ 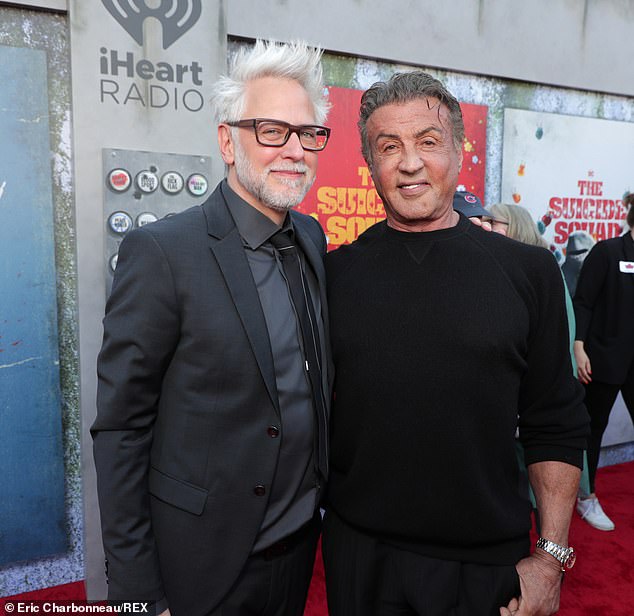 Making it official: Stallone’s involvement with The Suicide Squad was confirmed on Instagram by James Gunn last November 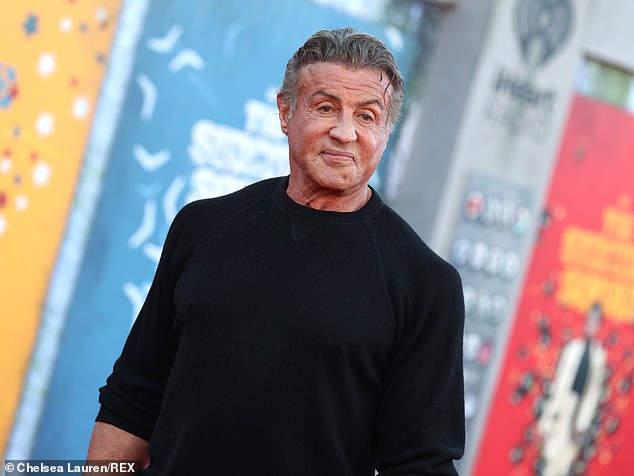 Taking their time: The director later spoke to CinemaBlend and expressed that the character underwent a lengthy design process

The director also noted that he desired audiences to see the character as a real presence alongside his human co-stars.

Gunn said that the film’s team ‘really wanted him to be able to walk and move in a way that was as believable as a King Shark could be. There’s a thing about this movie where I wanted it to be sort of a magical realist film.’

The writer went on to make a statement about the film as a whole and expressed that he took on the project with the intention of straddling a line between spectacle and believability. 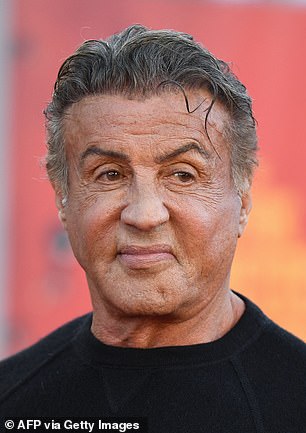 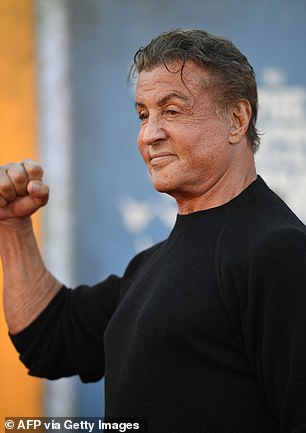 Extra effort: Gunn expressed that he wanted viewers to see the character move in a realistic way. The filmmaker noted that the film’s producers wanted to make King Shark look ‘beliveable’ 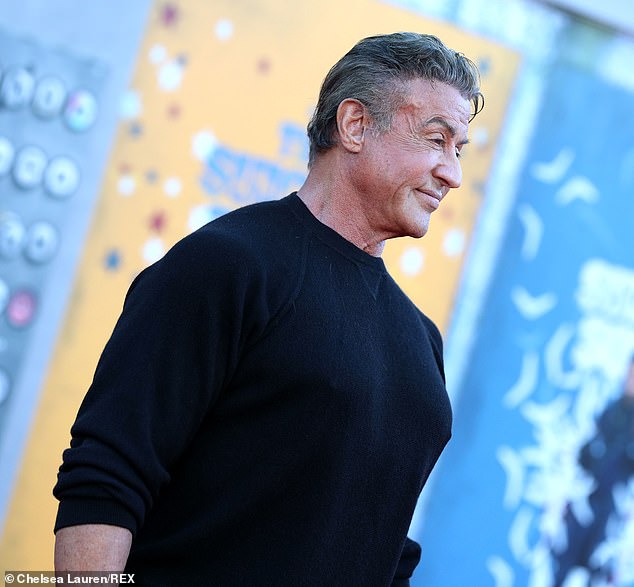 Intention: The director also expressed that he wanted The Suicide Squad to come off as ‘sort of a magical realist film’

He remarked that attempting to keep a ‘sort of magic about the characters and the movie, while also keeping it gritty and grounded, was important to me. But it was a really big process.’

Gunn later noted that Stallone’s involvement was not always set in stone, as he and the feature’s producers considered bringing in other talent.

He specifically recalled that ‘we had a huge audition process with tons of voice actors.’ 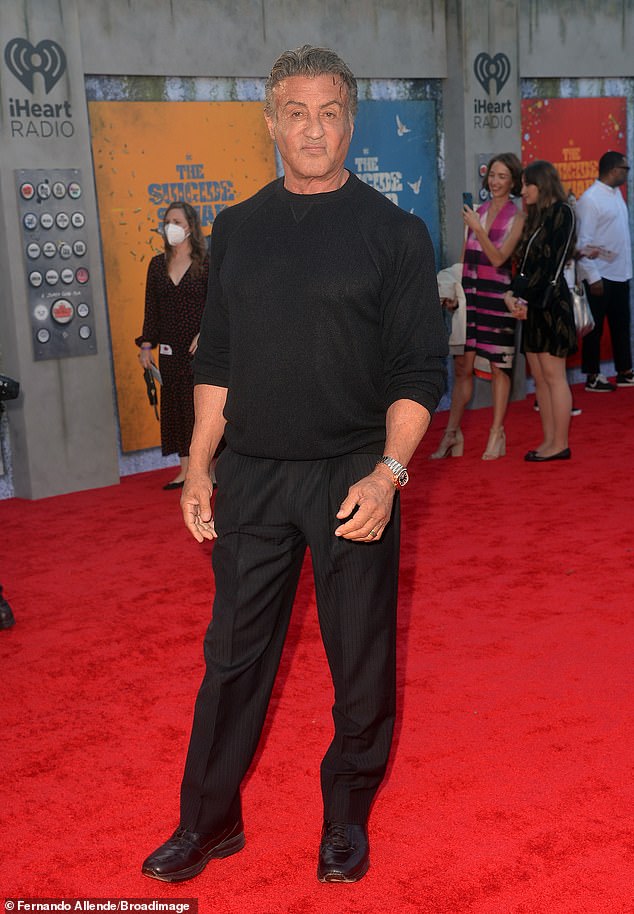 High expectations: Gunn went on to note that he wanted the tone of the DC Comics-based film to be ‘gritty and grounded’ 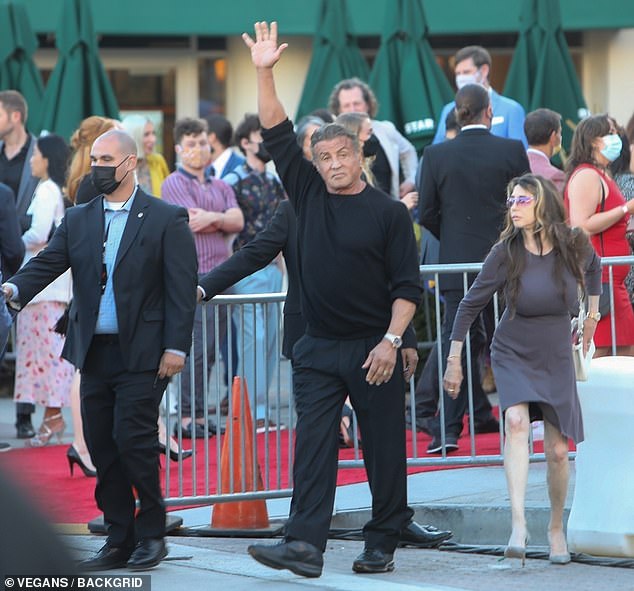 Working through it: Prior to casting Stallone as King Shark, the filmmaker presided over ‘a huge audition process with tons of voice actors’

Although the sessions did not prove to be fruitful, the filmmaker contacted the Rocky star and noted that he was enthusiastic about filling the role.

‘I called up Sly. He said he would love to do it. He came in and right away, that character just sort of came to life,’ he said.

Gunn did point out that he did have the actor in mind when coming up with the part, as he noted: ‘I wrote the role for Sylvester.’ 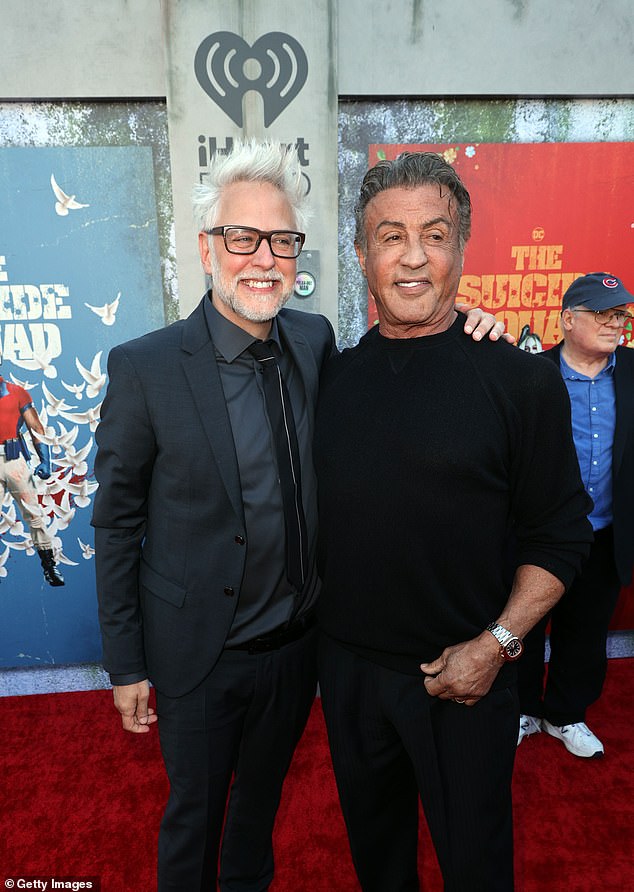 The right pick: Gunn expressed that, after Stallone auditioned for the role, King Shark ‘just sort of came to life