Tarek El Moussa and Heather Rae Young are one step closer to walking down the aisle! The couple celebrated their impending nuptials on Saturday with a lavish engagement party at Louie’s by the Bay in Newport Beach, California.

Before they arrived at the party, Young showed fans how she was getting ready for the bash at Balboa Bay Club & Resort, where she was joined by her fiancé’s mom, Dominique El Moussa, and other close friends and family.

“Having the most fun,” Young gushed in one post, that featured her getting her makeup done and sipping a mimosa while showing off her massive engagement ring.

After the finishing touches, Young showed off her engagement party look: a sleek high ponytail with a pearl barrette courtesy of Jolene Phillips, stunning makeup by Angie Martinez that featured a hot pink lip, and a Nadine Merabi white jumpsuit.

Following her time with the girls, Young met up with her fiancé, who she got engaged to in July 2020, for some “pre-party kisses.” 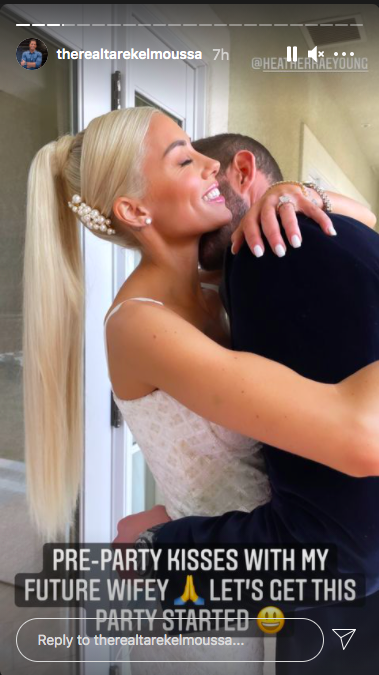 She gushed over El Moussa looking “handsome” in a Canali tuxedo, while he dubbed her “my everything” and questioned how he got “so lucky.” 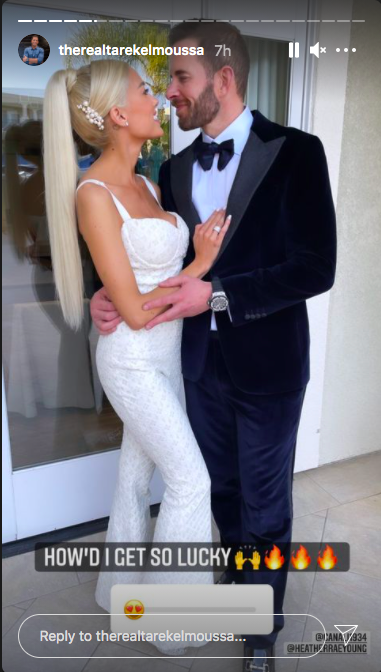 After they arrived at the venue, Young gushed that everything was “just as we imagined.” 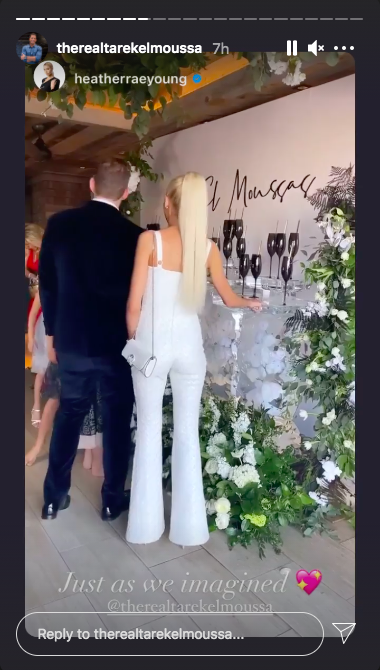 The floral-covered entrance featured champagne glasses that sat in front of a wall that read “El Moussas.”

“The El Moussa wall and my perfect wifey,” El Moussa wrote alongside a pic of him dipping his bride-to-be. 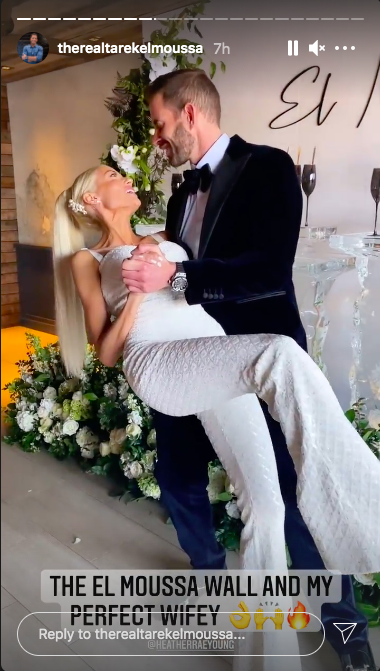 The party, which featured an ice sculpture, a flower-covered ceiling, a cigar lounge and vegan and gluten-free bites, was attended by El Moussa’s children, Taylor, 10, and Brayden, 5, whom he shares with his ex-wife, Christina Haack. 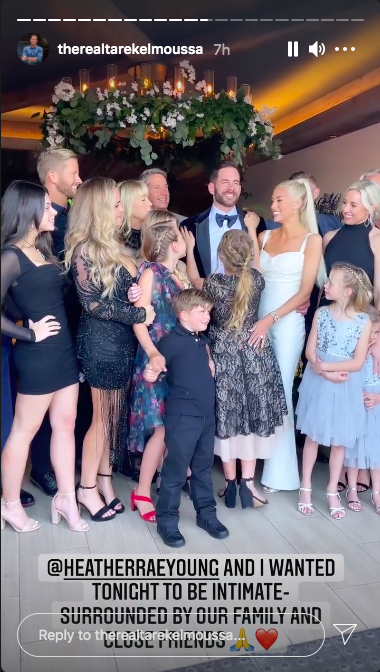 Also in attendance were Young’s co-workers — Brett and Jason Oppenheim, Chrishell Stause, Mary Fitzgerald, Amanza Smith, and more — all of whom she co-star’s with on Netflix’s Selling Sunset.

When ET spoke to the couple last October, Young said their big day would be “just intimate, with our best friends and family,” before gushing over her husband-to-be.

“God, I knew from the very beginning that I wanted to marry him,” she said of El Moussa. “…I was scared when I first met him. I’d gone through awful relationships and when I met him [everything changed].”

“She has completely changed my world. I say it all the time, especially on my social media. I was a different person, living a different life and the day she walked into my life my life changed for the better, and I’m thriving and the kids are thriving. And honestly, I owe most of it to her,” El Moussa said of Young. “She’s been my best friend, my ally.”