Home » Celebrities » ‘The Golden Girls’: What Food Does Betty White Like to Eat Naked?

‘The Golden Girls’: What Food Does Betty White Like to Eat Naked?

Legendary television actress Betty White knows a few things about a long life. She says one of her secrets is a food she eats often, but another is that she likes to eat it totally naked. What meal does White enjoy most stripped down? 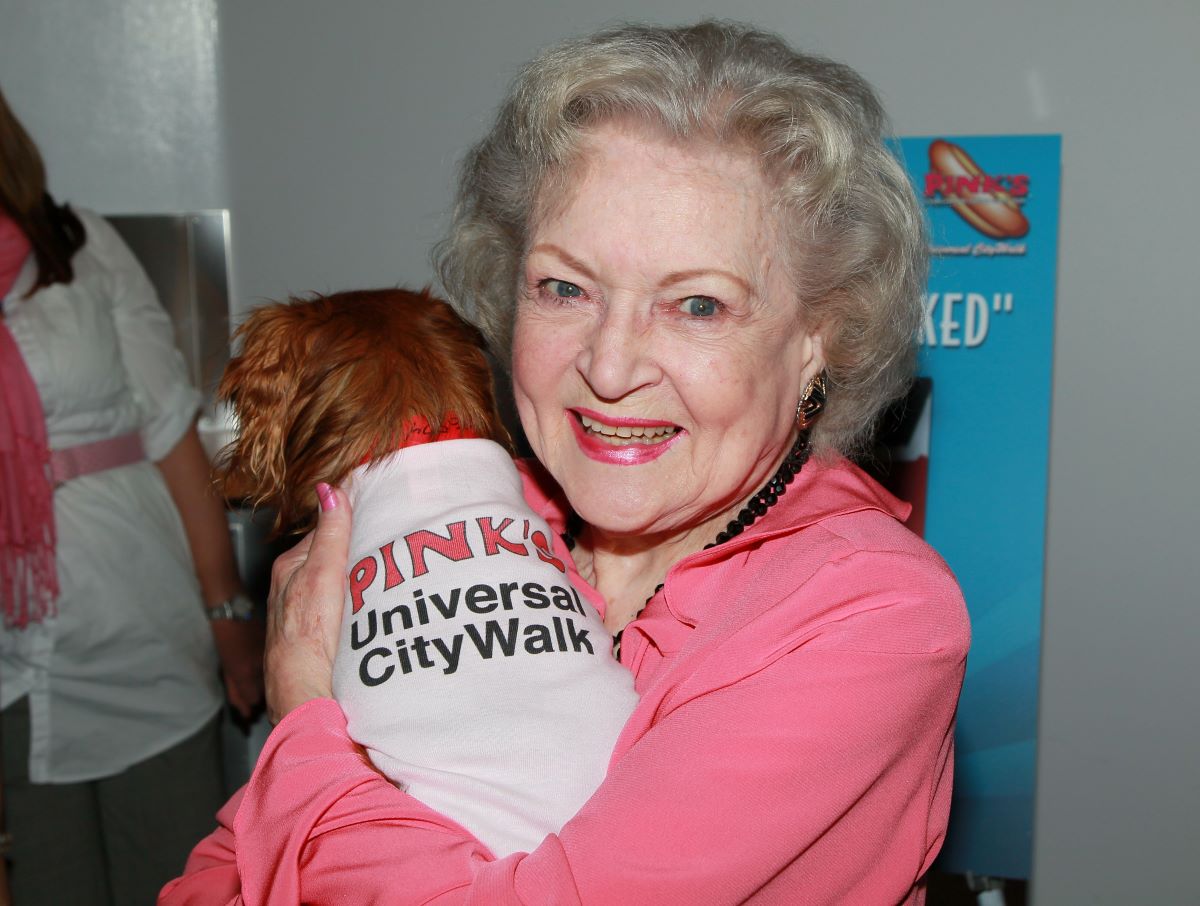 Betty White likes to treat herself

Let’s start by saying that this food is one of White’s all-time favorites – maybe because of its simplicity. When it comes to spending time in the kitchen, she admits she likes to keep it short. “I’m not a big cook. I only go to the kitchen to feed my dog,” she told the Associated Press in 2014.

So, it makes sense she would like easy foods. And like many of us, she enjoys some that other people would argue are not exactly good for you, like French fries. But now that White’s been around for almost a century, it’s a little hard to argue with her personal secrets for maintaining good health.

And she’s never been ashamed about her love of hot dogs. However, even some big fans might be surprised to learn she likes to eat them naked, and this is something not everyone is going to be on board with.

When it comes to frankfurters, there might be few bigger fans than White. She likes them so much she doesn’t even put anything on them. That’s right – bare hot dogs, naked buns, no dressings.

In her book If You Ask Me, she revealed, “The famous Pink’s hot dog company in California actually named a hot dog after me, and since I eat mine plain with no condiments, it’s the ‘Betty White Naked Dog.’”

That sounds like a high honor for a hot dog lover like White! It’s not clear if the option is still on the menu, but it seems incredibly easy to recreate a naked hot dog if not.

Betty White’s love of hot dogs is a muse

Like most great things in pop culture, White’s love of hot dogs has inspired some fantastic fan art. While visiting Late Night with Conan O’Brien in 2014, the host couldn’t get over some of the creations. He noted that her fanbase is particularly remarkable because she is “so funny and so good at what she does.”

While White was flattered by his compliments, she seemed just a little distressed when they started talking about fans making literally all the things out of pictures of her eating hot dogs. “It’s a big thing!” O’Brien exclaimed.

“Do you get these sent to your home?” he then asked curiously while showing what he called a “beautiful sort of artistic representation of [White] eating a hot dog.”

“Oh no, thank goodness. I don’t,” she responded shaking her head. But she seemed as humbled as ever by the experience of having yet another generation fall in love with her.

White took the opportunity to point out she doesn’t consider herself the “healthiest eater in the world” and she’s not telling everyone they should eat a lot of hot dogs. “But they’re so good,” she concluded.

So, all disagreements about a naked hot dog aside, it’s nice to know White has had a long life of enjoying the things she loves most.