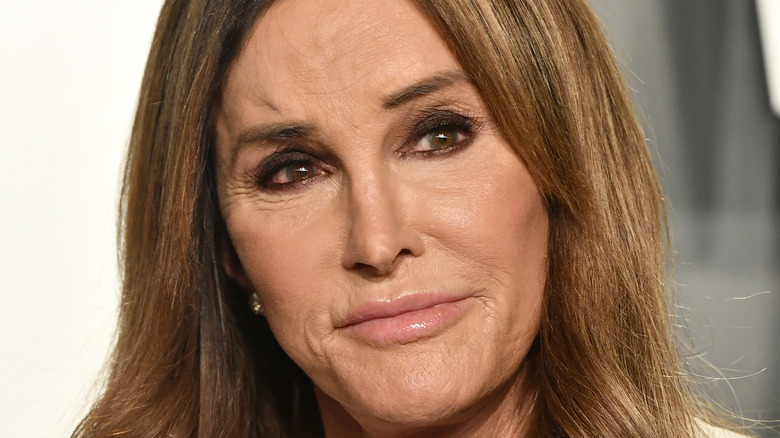 Caitlyn Jenner has lived a truly fascinating public life. The 71-year-old Olympian has been living her truth since coming out as a transgender woman in April 2015 (per Vanity Fair). While the Jenner of today is out and proud, things proved more complicated in the past. Jenner’s complicated gender and sexuality journey has made for some difficult relationships, both with herself and with others.

Jenner was just 23 years old the first time she got hitched. She married Chrystie Scott, who would be by her side as Jenner competed in the notable 1976 Summer Olympics in Montreal. Jenner’s star rose astronomically after winning the decathlon and taking home gold for Team USA. It all seemed perfect on the outside, but Scott admitted to Good Morning America in 2015 that she first learned of Jenner’s gender identity struggles during the first year of their marriage.

The two pushed forward in the relationship, welcoming their first child, Burt Jenner, in 1978. Scott was pregnant with their daughter, Cassandra, when the pair decided to separate. Their divorce was finalized in January 1981. “It was an underlying unrest and an underlying dissatisfaction of being married that led to our divorce,” Scott said of the split. “[Jenner’s] career as a decathlete was over. There were a lot of changes in [Jenner’s] life … so that could have been a big factor. I don’t know. It wasn’t a thing that we explored because it didn’t seem like, it didn’t rear its ugly head.” 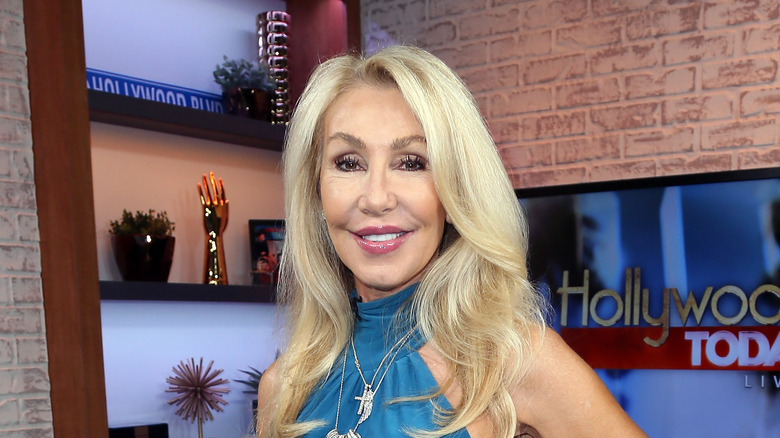 When Linda Thompson linked up with Caitlyn Jenner, she was primarily known as Elvis Presley’s ex. The two met at a celebrity tennis tournament at the Playboy Mansion, where Jenner had been living following his separation from Chrystie Scott (via History By Day). It wasn’t long before Jenner proposed, and they walked down the aisle just days after his divorce was finalized.

“I had this normal, wonderful, athletic, down to earth, free and easy-going [person], that I fell in love with, and who fathered two children, two sons with me,” she told Entertainment Tonight. “So, I really felt I had found my normal, until my world collapsed.” Thompson admits that finding out Jenner dressed as a woman and unpacking what that meant in therapy led to the end of the marriage. “You can imagine the agony that she went through, and I reminded myself every time I would feel slighted or hurt or cheated, you know, I would think about her — and her feelings and how she must have felt far worse than I,” she said. “I saw the agony, I saw the pain, and the hurt, because she felt for her family too. You know, she didn’t want to disrupt her family. She didn’t want to lose her family, she didn’t want to hurt her children, she struggled. It was a lifelong struggle for her.”

Caitlyn was single for five years following the split 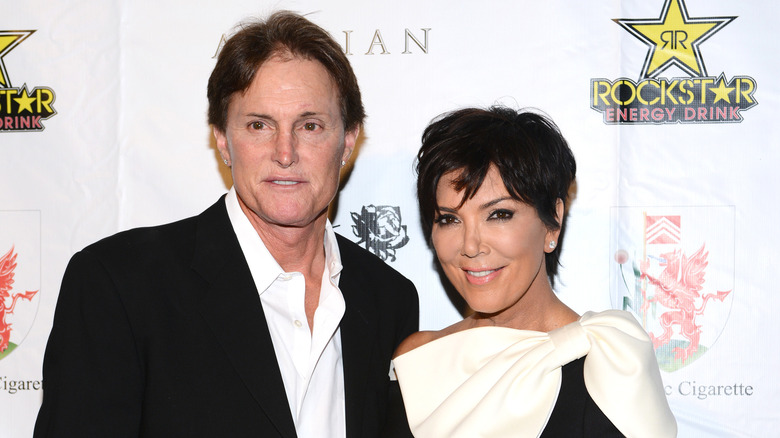 Caitlyn Jenner was single for five years following the divorce from Linda Thompson. Then, a friend set her up on a date with a newly single mom of four named Kris Kardashian. The two bonded over a love of motorcycles as well as their experiences as single parents. Jenner and Kardashian would get married a month after Kris’ divorce from Robert Kardashian was finalized (per Insider).

The Jenners remained married for 23 years, some of which played out on reality TV in “Keeping Up With The Kardashians.” It was undeniable that as the family’s star status rose, Caitlyn avoided the spotlight more and more. In the end, things became quite contentious between the two. “After 23 years, Kris and I went our separate directions,” Caitlyn said on Rob Lowe’s podcast (via People). “My identity, it was not a big part of us separating. There were so many other bigger issues out there.”

Caitlyn reportedly tried her hand at dating casually before her transition 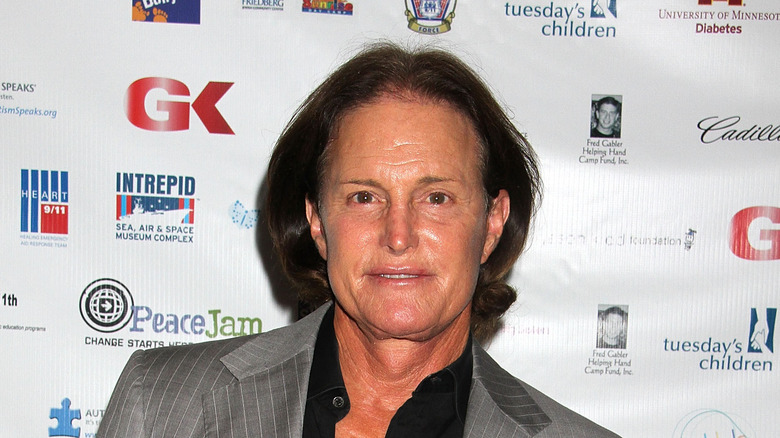 Less than two years passed between the time Caitlyn Jenner and Kris Jenner separated and Caitlyn’s transition. During that time, Caitlyn reportedly did a bit of casual dating. She was seen out and about at nightclubs with her sons, Burt and Brody Jenner, and was also linked to Kris’ best friend, Ronda Kamihira (per Entertainment Tonight).

It was the latter relationship, however short-lived it may have been, that caused the first sour feelings between Caitlyn and Kris since the divorce. A dramatic “Keeping Up With The Kardashians” scene showed Kris learning about the relationship from her daughters after the pair were spotted by tabloids. Kris was reportedly hurt, especially because Kamihira’s two children had grown up close to Kendall and Kylie Jenner. The families even spent holidays together, so she felt incredibly betrayed. “It really stings because Ronda never told Kris she started seeing [Caitlyn],” a source told TMZ.

Caitlyn's been rumored to have a significant other, but they've never confirmed it 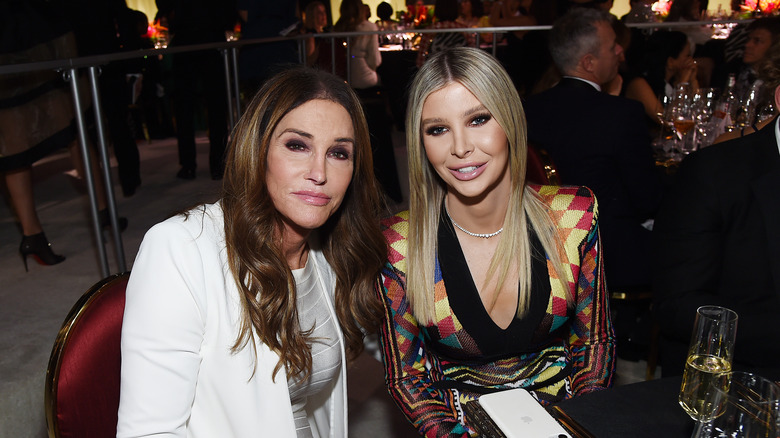 Caitlyn Jenner hasn’t had much to say about her dating life since her transition. However, fans couldn’t help but speculate when model Sophia Hutchins became a permanent fixture at Jenner’s side.

Jenner’s 71 years to Hutchins’ 24 have certainly raised some eyebrows, but the two insist things between them aren’t romantic. Hutchins says that Jenner inspired her own transition after the two met. Since then, they’ve become roommates and colleagues, as Hutchins acts as Jenner’s business manager. “Well, we are girlfriends, but we’re not like ‘girlfriends.’ You know what I mean? We’re very good friends,” she told podcast Behind The Velvet Rope with David Yontef (per The Sun). “To me, Caitlyn is like a parent figure, but also now we have business together. So, you know, we work together so it’s interesting. It really is family, that’s the best way to describe it. It was never sexual.”

Caitlyn says she may never marry or date again 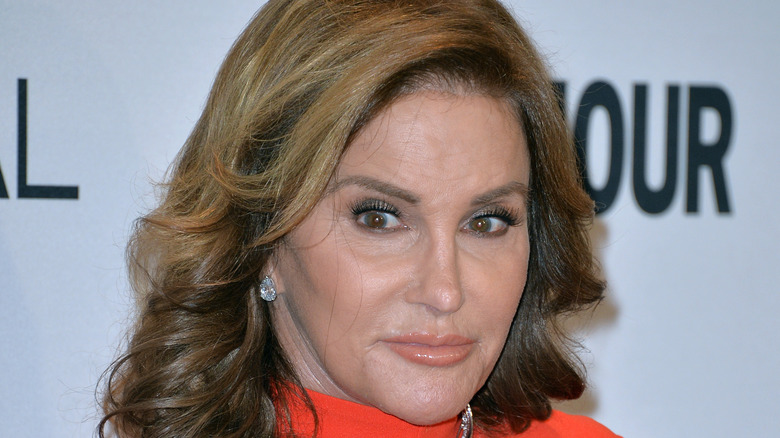 Caitlyn Jenner isn’t sure what the future holds, but she doesn’t see much romantic action in it. “I’m very fortunate to have a great friend in Sophia,” she told OK! “We have a wonderful life and we do everything together. Everybody needs those people in their lives. She has her life and I have mine. We live here and we support each other. It’s a great friendship.”

Jenner, for her part, says she can’t imagine dating again. “To be honest with you, I don’t see myself having a relationship with anybody in the future. It’s not what I’m looking for. I’ve got so many other things in my life. On a scale of one to 10, that’s a one. I’ve been married three times. I’ve been down that road. I’m 70 years old, I want to enjoy my life and I have great friends. I don’t even think about it.”