Travis Barker and Kourtney Kardashian got cozy while walking outside as they headed back to their car in Los Angeles.

Travis Barker, 45, didn’t hesitate to show affection for his girlfriend Kourtney Kardashian, 41, during a lunch outing on Mar. 26! The Blink 182 drummer had his arm around the Keeping Up with the Kardashians star as they walked back to their car after enjoying food together in Los Angeles, CA. They both wore black face masks and sunglasses and appeared as relaxed as could be in stylish attire. 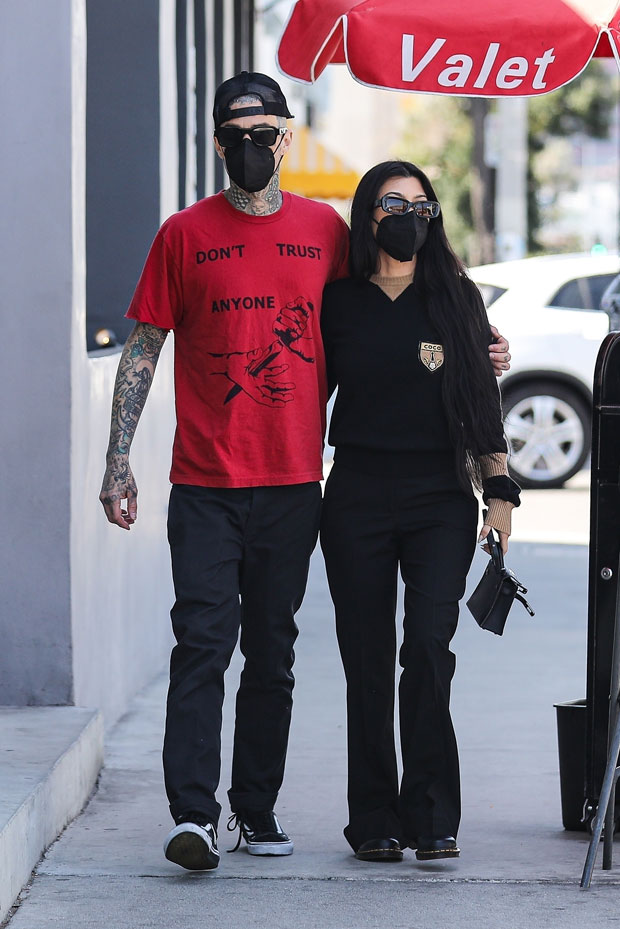 The musician wore a red graphic T-shirt that had the words “Don’t Trust Anyone” printed on it in black letters along with black pants and black sneakers while the brunette beauty wore a black v-neck top over a tan long-sleeved top, black pants, and black boots. Travis literally topped his look off with a black baseball cap, which he wore backwards, and Kourtney had her long locks down as she carried a black purse.

The lovebirds’ latest outing comes just a few days after they made headlines for a sweet note Kourtney wrote to her beau. The doting boyfriend took to his Instagram story to share a pic of the note, which read, “i love you” along with a black heart. It was a sweet gesture and just one of many she’s written to him since they went public with their relationship in Feb. 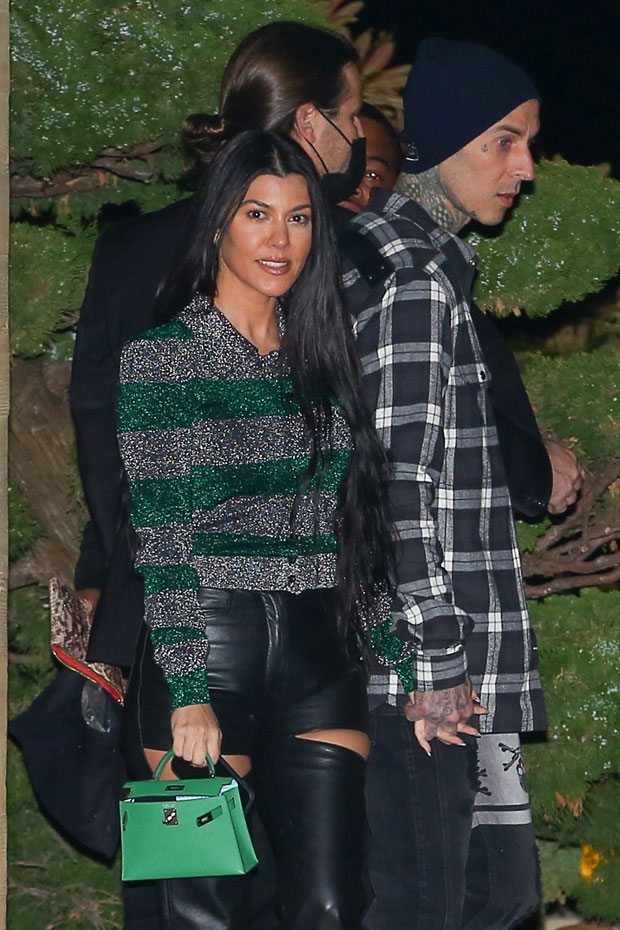 Another note that Kourtney wrote last month read, “To lots of fun adventures. May we destroy each other completely. Love, Kourtney.” Travis again shared it on his social media page, proving he wants to show off the cheeky gal’s love for him, which is not too much of a surprise since a source told us that he’s “in love” with her.

“Travis is definitely in love with Kourtney and he has been for a while,” the source EXCLUSIVELY told HollywoodLife last week. “It’s hard to put a specific date on it though because the love grew over time, since they started out as friends and it went from a platonic love to a romantic love little by little. He’s completely fallen for her at this point and tries to spend as much time with Kourtney as he can.”