Is TV boss who enraged the Queen making series that will sneer at middle-class ‘Karens’? Expectation TV is preparing a ‘social experiment’ series featuring women with the common name

A television production company backed by the BBC has been accused of planning to ridicule a stereotypical class of white, middle-aged women.

Expectation TV, which is owned by the man who was forced to quit as head of BBC1 following a row over mistreatment of the Queen in a documentary, is preparing a ‘social experiment’ series featuring women called Karen.

The name Karen has become derogatively associated with a racist and privileged stereotype – with several social-media and YouTube sites gleefully showing examples of the trope.

In an advert, the production company, run by Peter Fincham, says: ‘Expectation TV are looking for women aged 25-65 named Karen to take part in a fun social experiment for a brand new topical show.

‘If your name is Karen and you have opinions you’d like to share then we want to hear from you!’

The word ‘opinions’ suggests the producers are attempting to exploit the widespread definition of a ‘Karen’ – which the website Wikipedia describes as ‘a pejorative term for a woman seeming to be entitled or demanding beyond the scope of what is normal’. 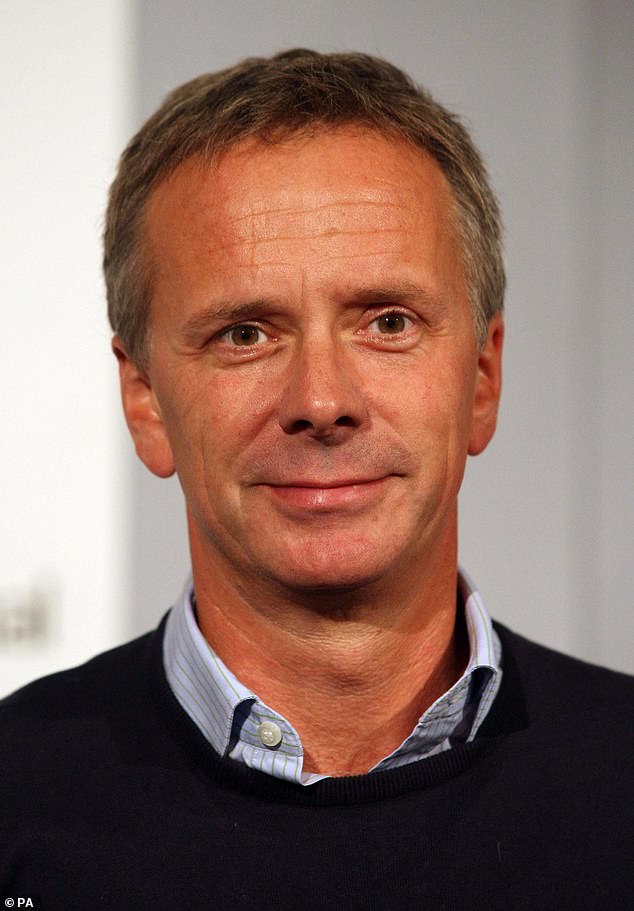 A defining visual feature of a ‘Karen’ is supposedly her hairstyle. It is seen as an outdated, inverted bob or an asymmetric fringe – typical of the 1990s or early 2000s – with lots of volume, plenty of hair spray and ill-placed layers.

Also, the hair looks as if it has been coloured blonde too many times.

One of the best known is the pushy, snooty, judgmental publisher Karen Marsden, played by Hermione Norris in the hit TV series Cold Feet.

Critics – and many women called Karen – fear the Expectation TV series will be sexist and ageist and attack those who simply have a strong sense of right and wrong.

INSULTING STEREOTYPES BEHIND THE KAREN SLUR

The disparaging term ‘Karen’ became mainstream last summer – principally in the US – in the wake of the Black Lives Matter movement, to describe self-entitled white women.

They are said to behave in a privileged manner – for example, demanding to speak to the manager when thwarted in a shop and thus seen as those who enjoy belittling service staff.

Such women are also said to weaponise their relative privilege against people of colour – for instance, when making a complaint to the police about black people for minor or even fictitious infringements.

Karens are said to tend to be Tories, pro-life, judgmental and ‘annoying church-lady types’. They also allegedly love to run parent-teacher associations so they can impose their views on both their children and school staff.

During the pandemic, the term was extended to ‘Coronavirus Karen’ – the kind of woman who refuses to wear a mask in shops.

Last year, the pizza delivery company Domino’s offered Karens in New Zealand the chance to win a free pizza ‘as a break from negativity’. However, the deal was scrapped after a backlash.

Incidentally, the word ‘Karen’ also refers to a group of Sino-Tibetan-speaking people in Burma.

Since 2020, the term ‘Karen’ has also been linked with opposition to Black Lives Matter protests.

The BBC said: ‘Although its exact origins are uncertain, the meme became popular a few years ago as a way for people of colour, particularly black Americans, to satirise the class-based and racially charged hostility they often face.’

The Guardian described 2020 as ‘the year of Karen’.

Expectation TV has strong links with BBC Studios, the Corporation’s production arm. Mr Fincham, 65, was forced to quit as BBC1 controller in 2007 after a damning report into the broadcast of misleading footage of the Queen.

Those responsible were condemned by the BBC Trust for ‘serious errors of judgment’, and the Corporation made a grovelling apology to Buckingham Palace.

It included a trailer from the documentary Monarchy: The Royal Family At Work showing the Queen apparently storming out of a photo session ‘in a huff’ over a disagreement about what she should wear.

In truth, Her Majesty had been in good humour. Mr Fincham was later handed a £500,000 payoff.

Speaking of Expectation TV’s forthcoming show, former Northern Ireland Secretary Karen Bradley told The Mail on Sunday: ‘It’s difficult to know how it will present the issue. But on the face of it, it seems an incredibly pathetic and lazy idea for a TV show.

“Karen” is a name like any other, and to generalise about a woman because of her name is offensive to say the least.’

The former comprehensive school pupil, who has a maths degree from Imperial College London, added: ‘Will they make a programme about Gareths or Nigels? I think not!’

Expectation TV was accused of Left-wing bias in 2019 for the programme the Alternative Election Night, which Channel 4 broadcast on the night of the December General Election.

Viewers described it as a ‘biased Left-wing hate fest’ after anti-Tory jeers and boos were heard greeting the announcement that Boris Johnson’s Tories had trounced Jeremy Corbyn’s Labour Party.

Embarrassingly, too, the programme got only 240,000 viewers.