The filmmaker, 51, was emotional as he accepted the honor from Atlanta, Georgia, where he reflected on how he learned the power of compassion from his mother, who rejected resentment even as she grew up in the segregated South.

‘She taught me to refuse hate and blanket judgment,’ Perry said, while urging everyone to start ‘meeting in the middle’ to let ‘healing begin.’ 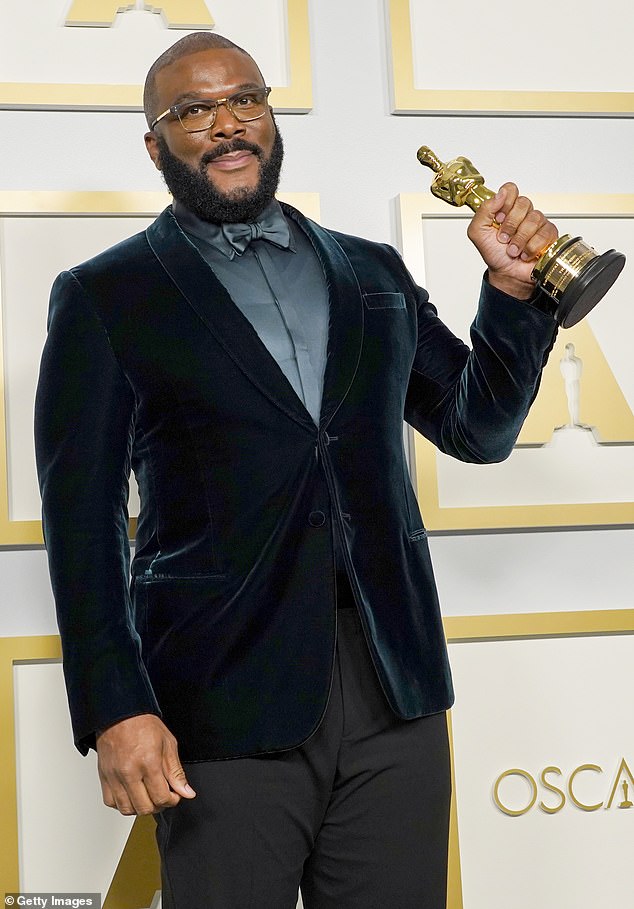 ‘In this time, with all of the internet and social media and algorithms that want us to think a certain way,’ the Madea mogul explained.

‘The 24-hour news cycle. It’s my hope that we teach our kids, refuse hate. Don’t hate anybody.’

Perry also asked audiences to think about compromise more, saying: ‘I want to take this humanitarian award and dedicate it to anyone who wants to stand in the middle.’

‘Because that’s where healing, where conversation, where change happens.’ 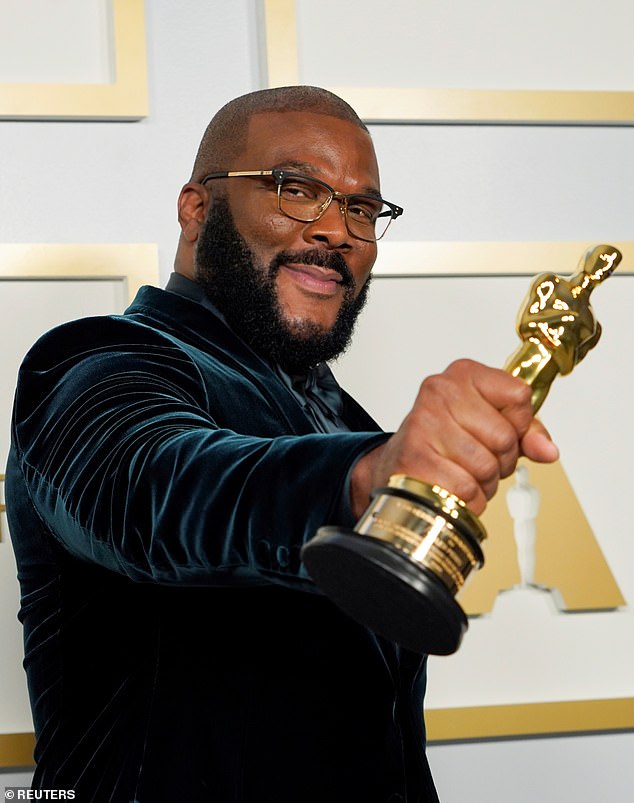 Rising above: Perry told viewers to ‘refuse hate’, a lesson he learned from his mother 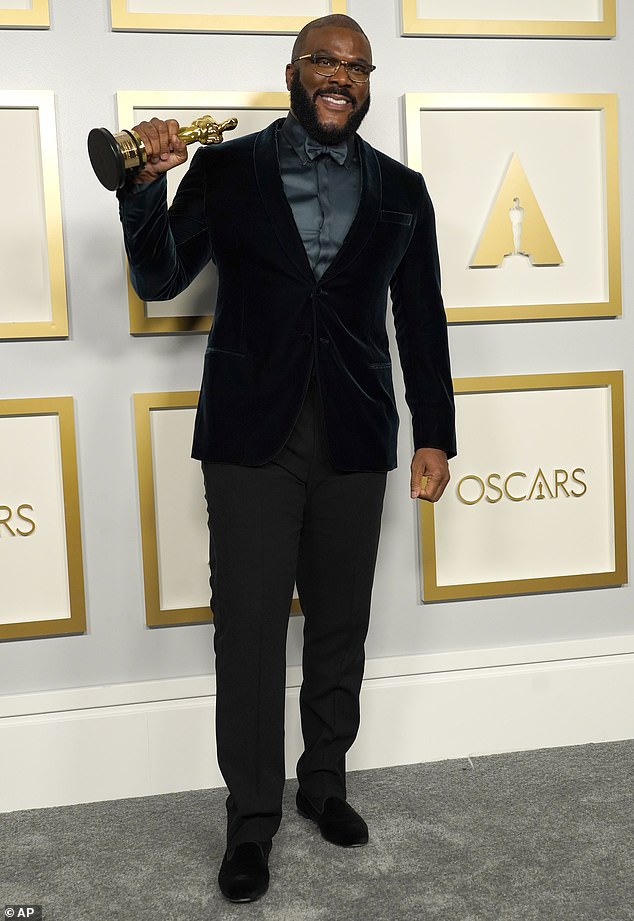 ‘It happens in the middle. Anyone who wants to meet me in the middle to refuse hate and blanket judgment, this one is for you, too.’

The actor/director/producer’s generosity has been unparalleled during the COVID-19 pandemic.

This past Thanksgiving Perry donated 5000 boxes of holiday meals to families in need.

And in April, the billionaire partnered with a local Atlanta hospital to turn his studios into a vaccination site, covering all the costs himself. 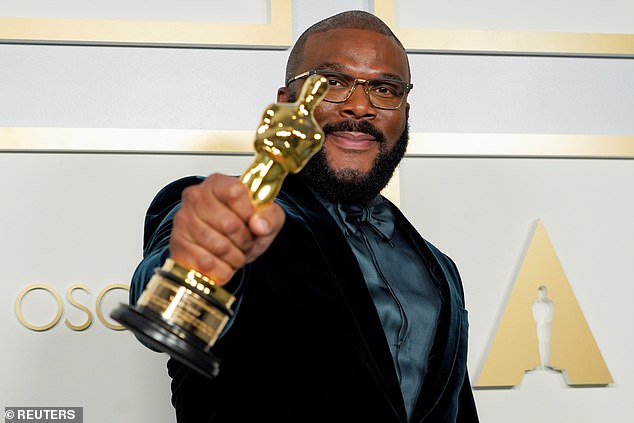 Unity: ‘It happens in the middle. Anyone who wants to meet me in the middle to refuse hate and blanket judgment, this one is for you, too’ 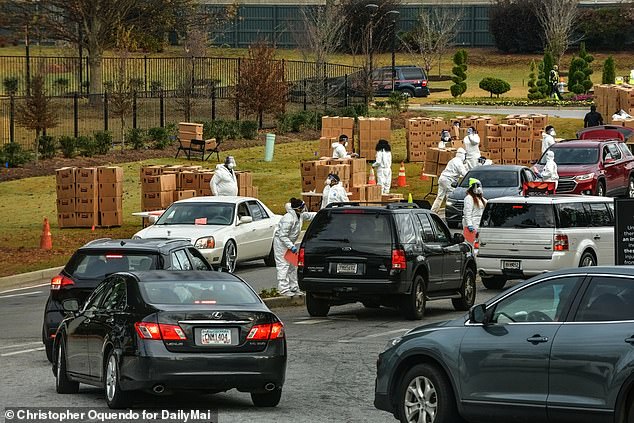 Giving: This past Thanksgiving Perry donated 5000 boxes of holiday meals to families in need. Car stretched for miles to the donation site, seen above

In addition to his Oscar, Perry’s philanthropy was recognized by the Television Academy, who bestowed him with last year’s Governors Award.

There have been 39 Jean Hersholt Humanitarian Awards given since 1957, with recipients including Bob Hope, Oprah Winfrey and, most recently, Geena Davis.

Best Actress in a Leading Role

Vanessa Kirby – Pieces of a Woman

Best Actress in a Supporting Role

If Anything Happens I Love You – WINNER

The Man Who Sold His Skin

Talented: Thomas Vinterberg accepted Best International Film for Another Round

H.E.R. – Fight for You – Judas and the Black Messiah – WINNER

Hear My Voice – The Trial of the Chicago 7

Speak Now – One Night in Miami…

H.E.R.  won Best Original Song for Judas and the Black Messiah’s  Fight for You

Thomas Vinterberg – Another Round

Trailblazer: Chloe Zhao is the first woman of color to win Best Director

Best Actor in a Leading Role

Best Actor in a Supporting Role

Sacha Baron Cohen – The Trial of the Chicago 7

A Shaun the Sheep Movie: Farmageddon

One Night in Miami…

Shaka King and Will Berson – Judas and the Black Messiah

A Concerto Is a Conversation

A Love Song for Latasha

The One and Only Ivan