Shannon Ford, whom Kristin Cavallari fired on ‘Very Cavallari,’ revealed what was going through her head as she met up for ‘a drink’ with her ex-boss’s estranged husband, Jay Cutler.

Shannon Ford, 27, just wanted to prove she could still hangout with her ex-boss’s ex without making things “weird.” The former social media director of Kristin Cavallari‘s jewelry brand Uncommon James, whom Kristin fired in the Season 2 premiere of Kristin Cavallari, revealed why she met up for “oysters and wine” with Jay Cutler in Nov. 2020, seven months after the NFL retiree ended his marriage with Kristin.

Shannon explained that she originally intended to meet up with talent agent Mark Block, unaware that Jay was also with him (Mark is the owner of The Block Agency, which Shannon is signed to as a model). The former social media manager was even worried Jay “hate[d]” her, but she “wanted to be, like, the cool girl that was genuinely just like enjoying a drink with her friend and, like, Jay,” she said on the Jan. 5 episode of Dear Media’s Not Skinny But Not Fat podcast. “So I was like, I’m not going to make this weird at all,” Shannon added.

Jay filmed a video of the seafood hangout — which you can watch above — by accident, Shannon revealed. “And then they were like, ‘Whoa, it’s, like, a video,’” Shannon recalled of the moment the video was filmed those three months ago. “And I was like, ‘Oh, OK. Honestly, That’s fantastic.’”

Shannon then claimed that Jay “knew it would be funny” if he uploaded the video, seemingly suggesting that the Chicago Bears quarterback was aware his lunch date with Shannon would surprise fans. And it did: multiple fans accused Jay of “stirring the pot,” while others wrote comments like “King of comebacks” and “THIS IS DRAMA.” However, Jay “doesn’t give a f-ck” about social media,” Shannon explained on Tuesday’s podcast. 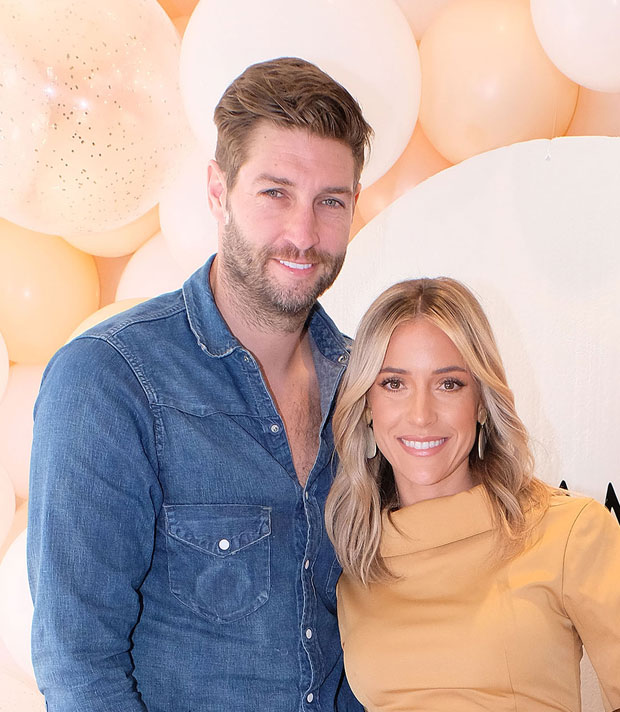 Shannon got serious, though, when talking about Jay and Kristin’s divorce. The former social media manager said she was “very close to Jay and Kristin outside of working” and viewed them as “good parents” of their three kids Camden, 8, Jaxon, 6, and Saylor, 5.

“I don’t know anything about like them together, but I only just viewed them as parents,” Shannon added. “There are three small children who have parents that are divorcing and that’s sad. I just genuinely mean that. That was, like, actually my thoughts on it. I’m sad — not sad if they don’t want to be together, then I’m happy that they’re figuring that out separately. But I’m sad that it’s very public and that they have children.”

Like Shannon, we learned that Kristin didn’t think the hangout with Jay was a big deal. “Kristin heard about the clip when she started getting a bunch of texts and calls from people. But truth be told, she laughed it off because despite what some may think it didn’t affect her one bit,” a source close to the former Laguna Hills star EXCLUSIVELY told HollywoodLife in Dec. 2020. “Kristin didn’t take the time to watch it because she’s been really busy promoting her Uncommon James jewelry line for the holiday season. Plus, she’s just living her life and staying in her own lane.”

When Kristin had fired Shannon in the dramatic Season 2 premiere of Very Cavallari, the former Laguna Hills star accused the model of “single-handedly costing [her] company money.” Shannon later wrote that she “deserved to be fired,” but claimed that her friendship with Kristin had taken a “toxic turn” and that lies “were made up for [her] exit off the show,” per Us Weekly.

Amber Portwood on Tough Talks With Daughter Leah About Her Past