A shaved head is only temporary, but the ‘divine’ tattoo Willow Smith got on her hand – after shaving her hair off during her Facebook Watch concert – will last a lifetime.

How does one celebrate a new album and a new ‘do? By getting a tattoo, of course. Willow Smith commemorated the release of her new album, lately i feel EVERYTHING (as well as her newly shorn head, a byproduct of her recent Facebook Watch concert) by hitting up tattoo and visual artist Anka Lavriv. Willow, 20, shared a picture of her getting inked up to her Instagram on Monday (July 19), her face scrunched up while she deals with the pain. The “t r a n s p a r e n t s o u l” singer also showed off the results: a gorgeous representation of a Hindu deity.

“THANK YOU for adorning me with this beautiful representation of Saraswati (सरस्वती), the Hindu goddess of knowledge, music, art, speech, wisdom, and learning,” Willow captioned the second photo in her IG Galler, a close-up shot of her hand with the new design. To Anka, Willow added, “Your energy is DIVINE, and my gratitude for you is infinite! Can’t wait to get more gorgeous tats by you in the future.” Anka returned the love by sharing the photo to her IG story. “HAHAHA OUR TATTY FACES,” remarked Lavriv.

Willow’s tattoo comes on the heels of her recent makeover. During Willow in Concert: Lately I Feel Everything (which will be available on Watch Together via Messenger and Instagram, or on Facebook Watch), Willow closed the show with a dramatic finale. “I’m thinking about shaving my head during the ‘Whip My Hair’ performance,” she said in one of the concert’s behind-the-scenes segments, and she did. With help from a friend, a pair of clippers, and a chair, Willow delivered a pop-punkified version of her 2010 hit while cutting all the hair from her head. 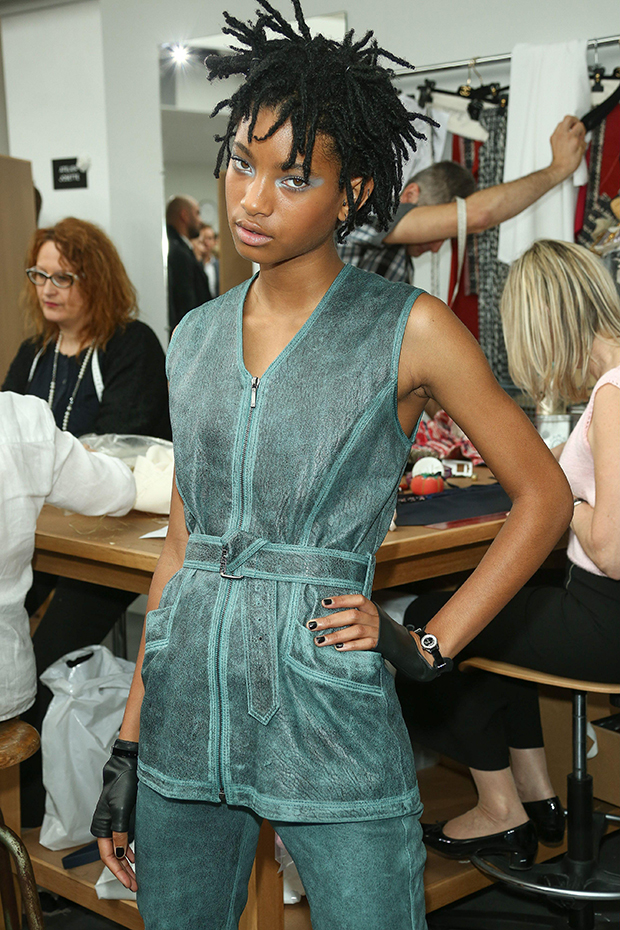 Contrary to the imagery of Willow cutting off all her hair while performing her viral hit (that she put out when she was 9, in case you forgot), Willow said earlier in Willow In Concert that “Whip My Hair” was her favorite song to perform in her set, due to “How it feels to sing.” The shaving was more because she’s entering a new chapter in her life.  “I’m always shaving my head at monumental times in my life when things are really changing,” she said in the concert. “And this is definitely one of those moments.”

“[W]hen I made ‘Whip My Hair,’ I didn’t really know that it was an important thing because I was just expressing my joy, and I was just expressing myself,” she added. “The core idea of ‘Whip My Hair’ is the core idea of all my music. The genres just changes, but I’m saying the same thing every single time. For so many years, I just kind of spiraled and didn’t really understand that, and wanted to push myself away from that, without having that understanding.”