But then the couple traded their bustling lifestyle in the big apple for a slower paced life in Byron Bay, Australia.

And it appears the couple’s idyllic new lifestyle clearly agrees with them, as they look happier than ever six years after the move. 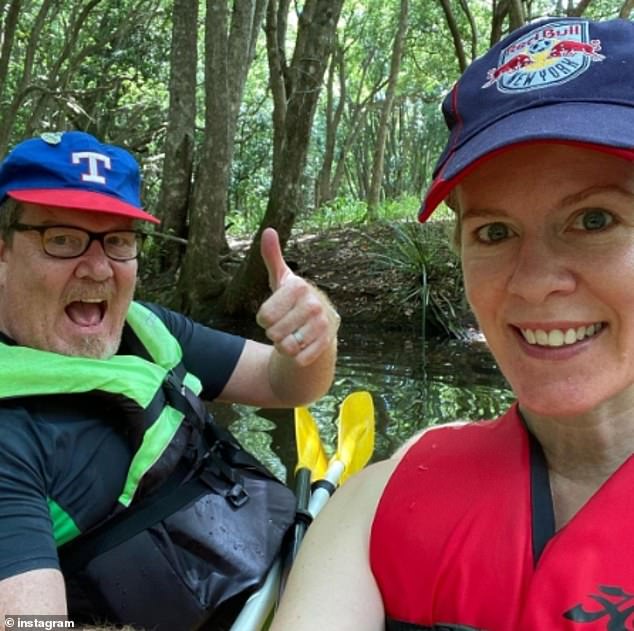 Stunning Alex took to Instagram alongside Simon on New Year’s Day, with the pair enjoying the great outdoors on the idyllic NSW north coast.

‘Happy New Year!’ Alex wrote, posing alongside Simon in a kayak. She then added the hashtags ‘staycation’, ‘ourbackyard’ and ‘2021’.

She then let fans know they were kayaking twice a day during the holiday break with Simon and their teenage boys Johan and Francois. 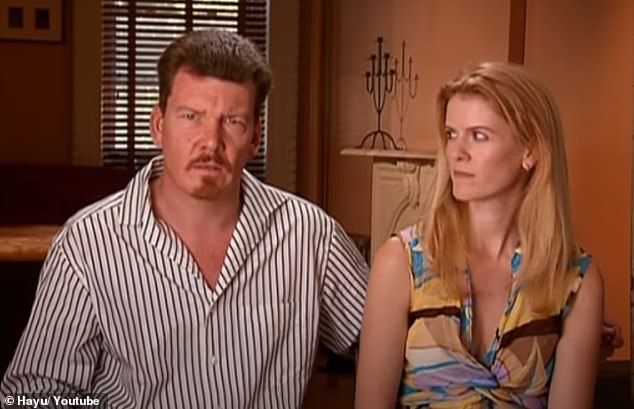 The popular couple were original stars of the Real Housewives of New York City before being cut after the forth season.

They moved from their Brooklyn townhouse in New York to Ballina to be closer to Simon’s mother and siblings.

The pair have gone from strength-to-strength since the move with Alex going on to gain her masters in professional psychology from the University of New England. 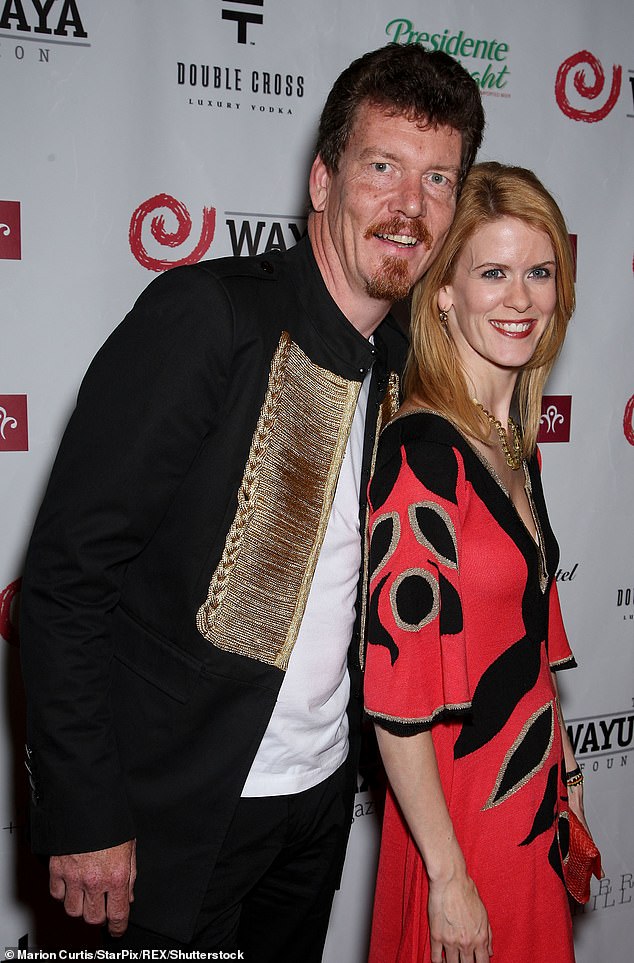 Stylish: Alex and Simon were regulars on New York’s social scene with the glam pair gracing some of New York’s hottest parties. Here: In New York, 2008

Proving she’s got both beauty and brains, Alex gained the Vice-Chancellor’s Scholar certificate for ‘excellence in academic performance’ last year.

Meanwhile, Simon has been no slouch when it comes to academia with the former reality star graduating with a law degree last year from Southern Cross University.

In May last year, Alex and Simon celebrated their 20th wedding anniversary. 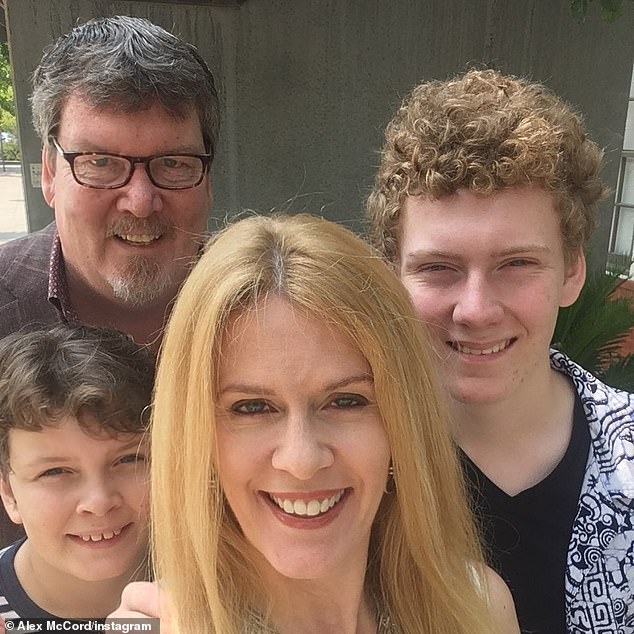 ‘We are so proud!’ Alex’s Australian husband Simon van Kempen and two sons – Johan, 14; and Francois, 16, have all been thriving since the move. Simon becoming a lawyer. Alex gaining her masters in psychology

Alex hasn’t graced the small screen since her 2017 appearance on Watch What Happens Live with Andy Cohen, alongside former co-star Ramona Singer.

She worked as a visual merchandiser for Victoria’s Secret while in the Big Apple, attending lavish parties and going on luxe shopping sprees.

Back in 2018, McCord’s co-star Bethenny Frankel revealed to InStyle that Bravo only paid her $7,250 to star in the first season, which originally had the working title ‘Manhattan Moms.’ 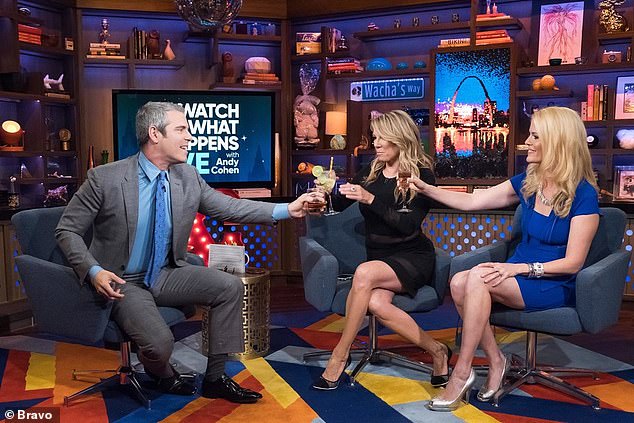 Cheers! Alex hasn’t graced the small screen since her 2017 appearance on Watch What Happens Live with Andy Cohen, alongside former co-star Ramona Singer

While on Watch What Happens Live in 2017, Alex dished on her time on the popular series.

She revealed she doesn’t watch The Real Housewives franchise at all these days but said she still keeps friendly with former co-star Jill Zarin. 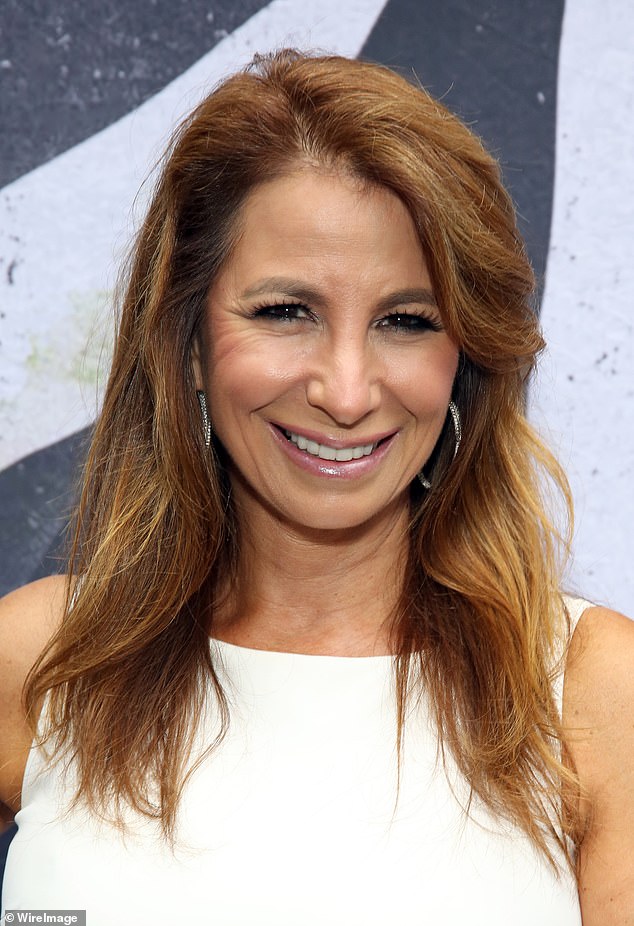 Pals: She revealed she doesn’t watch The Real Housewives franchise at all these days but said she still keeps friendly with former co-star Jill Zarin

She said it was Brooklyn’s smorgasbord of activities that she missed the most after her sea change Down Under.

‘[I miss] the ability to just walk outside your door and find stuff. Now we have to drive,’ she said of living in Australia.

But she didn’t have any regrets of her new lifestyle: ‘Its basically like living in the Hamptons year round.’ 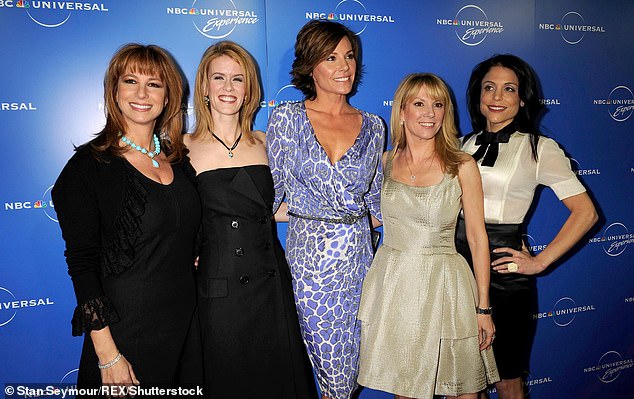 Flashback: Alex is pictured with her former RHONY co-stars back in 2008