Zendaya and her beau, Tom Holland, were spotted showing loving affection as they enjoying a romantic outing at the Louvre in the heart of Paris earlier on Friday.

The Euphoria actress, 26, and the Uncharted star, also 26, were hand-in-hand as they joined a special tour at the classic museum.

The talented couple were first linked last year in July after publicly sharing a kiss, but the stars had met years earlier on set of Spider-Man: Homecoming in 2016, and developed a close and meaningful friendship. 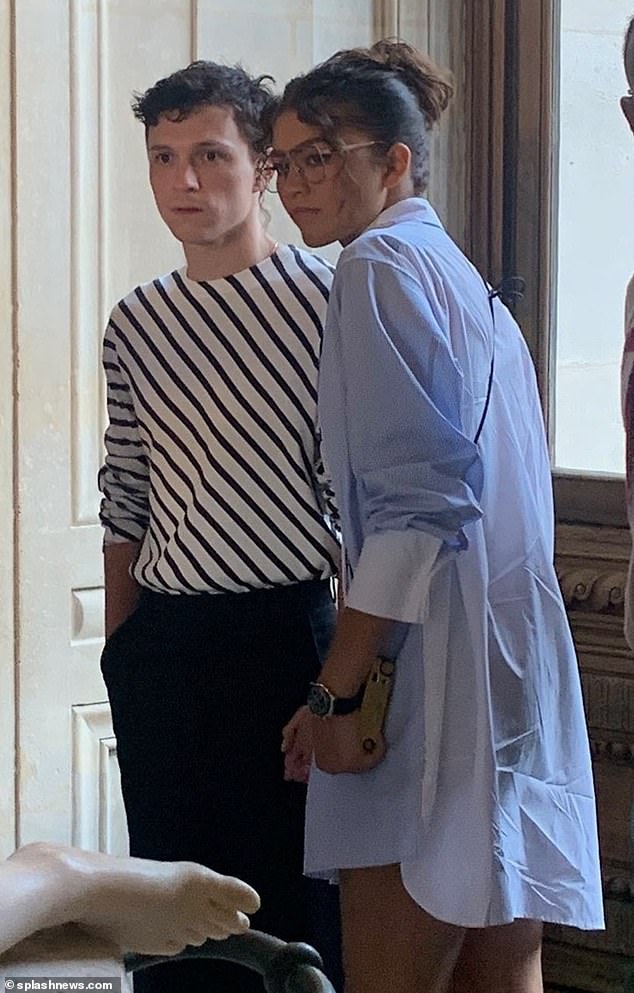 Romantic outing: Zendaya and Tom Holland, both 26, were spotted holding hands as they enjoyed a tour at the Louvre in Paris earlier on Friday

The two lovebirds kept their ensembles comfortable, yet stylish, for their romantic date.

Zendaya donned a light blue, oversized blouse and rolled the long sleeves up towards her elbows.

Her hair was pulled up into a fashionable up do, allowing her bangs to border the side of her forehead.

The Emmy-award winning actress added a pair of glasses, along with a black cross-over body bag to accessorize her look for the day. She also added a black watch on her left wrist to help her keep track of time.

The actress traveled to the city of love after recently attending Paris Fashion Week which came to an end on October 4. 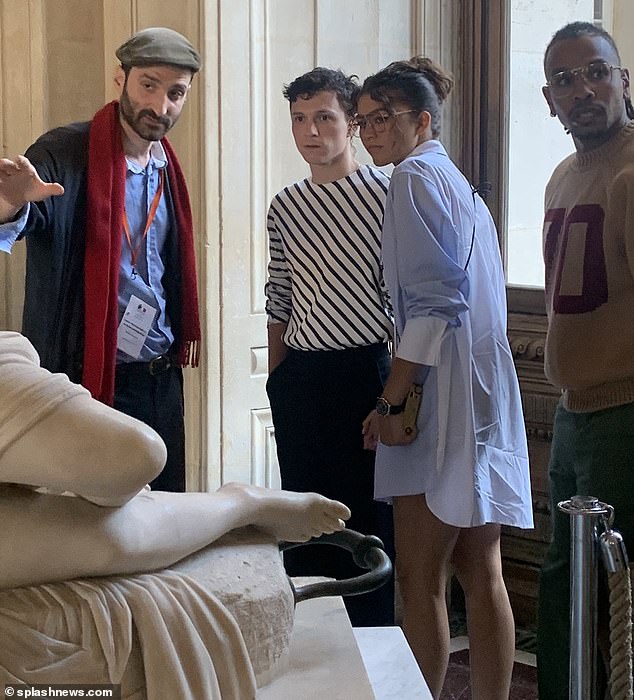 Taking a tour: The two talented stars were pictured listening to their tour guide as they were shown around the museum on Friday

The former Disney channel star appeared to be holding a gold-colored camera in her left hand so she could take a few memorable photos in the Louvre.

The Spider-Man actor also opted for style as he stood closely next to Zendaya during their guided tour.

He donned a long-sleeved, black and white-stiped sweater, which he tucked into the waist of his black pants.

The lovebirds held hands as their tour guide showed them around the famed museum in the romantic city.

Zendaya and Tom were first linked when they were seen sharing a few kisses inside a car last summer in July. 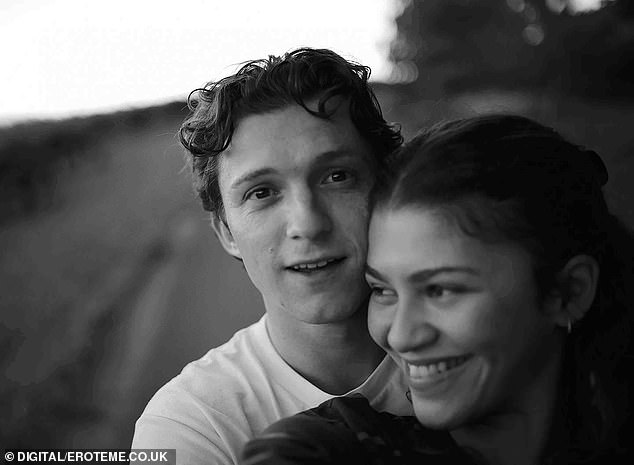 Adorable: Zendaya and Tom were first linked in July 2021 after they were pictured sharing a few kisses inside a car 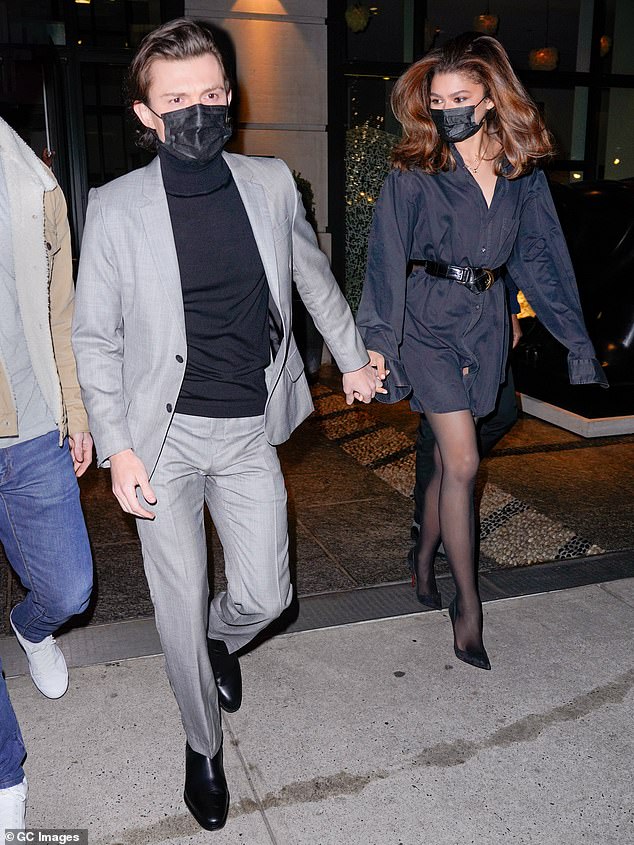 Fashionable duo: The Hollywood couple often turn heads as they stylishly make appearances together; seen in February in NYC

‘They’re both not one to make their relationship public,’ a source recently informed Us Weekly.

‘They’re private when it comes to dating, so any photos that have come out would’ve just been them going about their business and not knowing photographers were around.’

After crossing paths and working together on the latest Spider-Man franchise, both Zendaya and Tom became close friends before becoming romantically involved.

Despite their own busy schedules, the happy couple try to find time to be with each other. While Tom filmed scenes for The Crowded Room this year in New York City, Zendaya was pictured stopping by and visiting him on set.

Along with being seen together in the big apple, the actors were spotted having a blast during a trip to Budapest in late August during a short break from work. 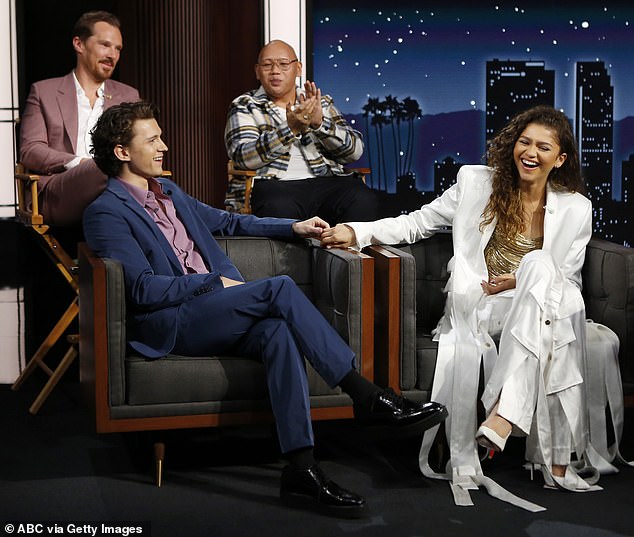 Cute! After her second Emmy win last month in September, Zendaya revealed to E! News that Tom was the first person that she had texted; the two seen on Jimmy Kimmel Live! 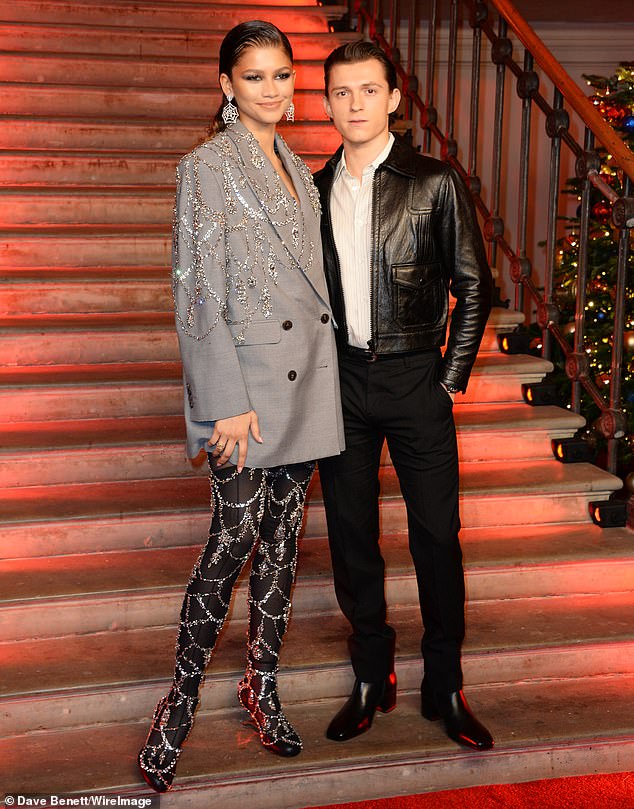 Private: A source informed US Weekly that the happy couple are more ‘private when it comes to dating’; seen in December 2021 together

The actress recently celebrated an Emmy Award win for her performance as Rue on the HBO Max series, Euphoria.

During an interview with E! News shortly after giving her heartfelt acceptance speech, the star was asked who the first person she texted was after she received the honor.

‘Well, I didn’t have to text my mom because my mom was already there, she’s here tonight, which is very special,’ she explained, adding, ‘And I texted my boyfriend.’

Among winning her second Emmy throughout her career so far, Zendaya has been cast to portray the character of Chani in Dune: Part 2, which is slated to release in 2023. The film also stars Timothee Chalamet, Florence Pugh, and Austin Butler.

Tom is currently awaiting the release of his Apple TV+ series titled, The Crowded Room, which follows true stories of individuals who lived with mental illness. Amanda Seyfried and Will Chase are just two of the actors starring in the show. 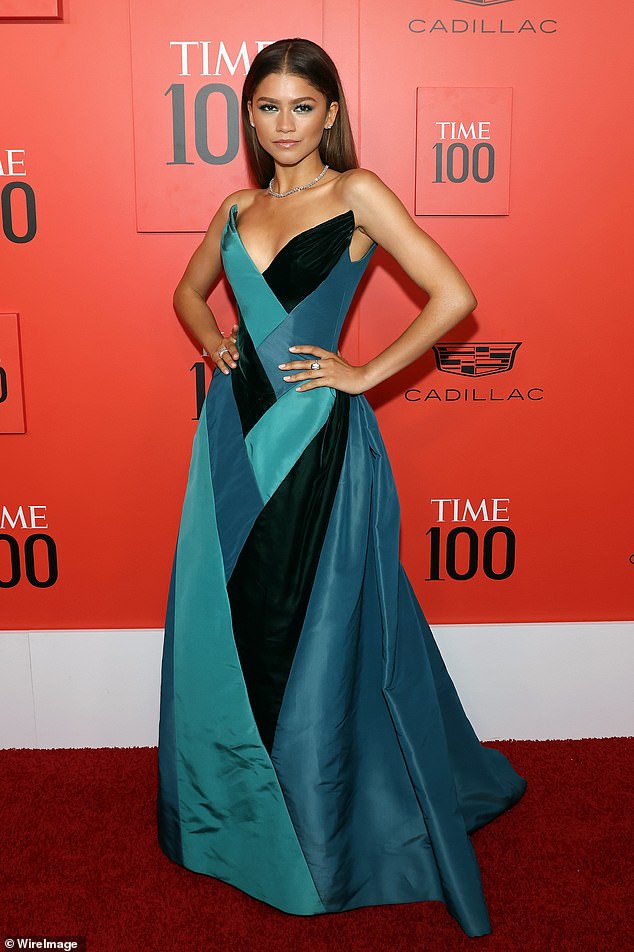 Upcoming project: Zendaya has been cast to portray character of Chani in Dune: Part 2, which also stars Florence Pugh and Timothee Chalamet; seen in June in NYC 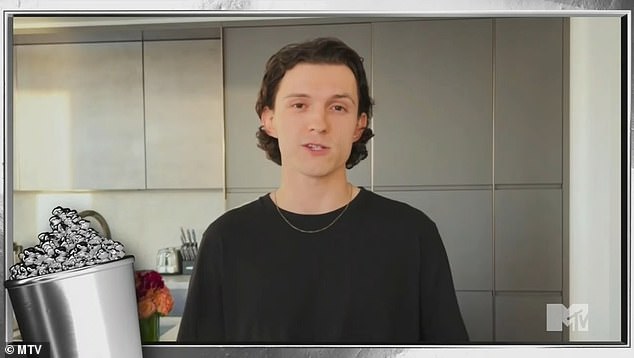 Spending time together: While Tom was working on set of The Crowded Room in NYC earlier this year, Zendaya was spotted visiting him on set; the actor sending message during 2022 MTV Movie & TV Awards