Home » Lifestyle » After my daughter's suicide, I had to do something to help other families'

After my daughter's suicide, I had to do something to help other families' 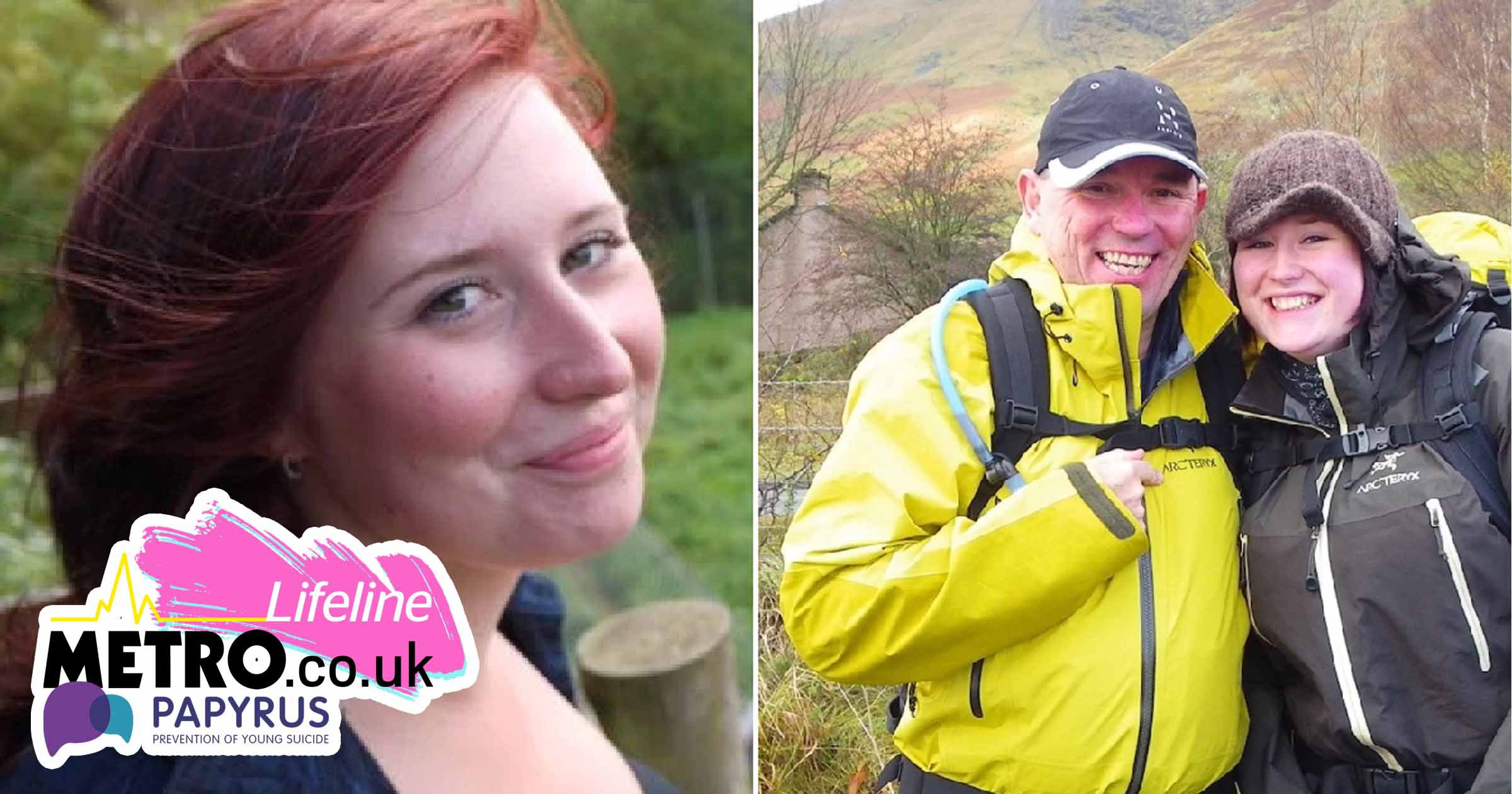 Around 11pm on July 2, a group of people will be taking their first steps up a rocky trail in the Lake District towards the summit of England’s highest mountain, Scafell Pike, in the dark.

They’ll be doing it as part of this year’s Metro.co.uk Lifeline campaign, which is raising money for PAPYRUS Prevention of Young Suicide.

Among them will be Metro readers and staff, as well as supporters of the charity, and its team.

There are many reasons people have signed up to this amazing challenge. Here, bereaved father Andy Airey shares why he’s doing it.

‘It was December 2018 and my family and I were looking forward to Christmas.

Our daughter, Sophie, 29, was living in Edinburgh and due to come home on the 20th, after she finished her last shift of the year, at the hospital where she worked as a nurse.

We’d all been making plans about what we were going to do over the festive period and me, Sophie and my son, Gregor, had a skiing trip booked in January.

On the evening of the 19th, the night before we were due to have Sophie back home, we got a message on our family WhatsApp group. It read: ‘I love you all so much.’

While it’s not unusual for our family to express love for each other, there was something about that message that just didn’t sit right with us.

I phoned Sophie and it went straight to voicemail. I then phoned my ex-wife (Sophie’s mum), George. She said that she’d just had a call from Sophie’s husband, saying that he’d had a text from Sophie to say, ‘I’m sorry that I’ve messed up your life.’ And stating that she was going to take her own life.

She ended the message with ‘please don’t bury me.’

Her husband had phoned the police before calling George – and they started searching for Sophie straightaway. They found her car quickly, but it took three days to find her body.

As they searched, there’s no way to describe how I was feeling other than it was a complete blur. It was horrible. There was nothing else we could think about. My body was in a state of shock and the waiting was so difficult, as we didn’t know what the outcome was going to be.

We were completely in limbo.

Sophie went missing on Wednesday, and we went up to Edinburgh while the police looked for her. On Saturday, we got a call to say that they had found her.

We were shattered, crushed, devastated. We’d known that she’d been upset after her relationship breakdown but, from the outside, it had looked like a normal reaction to a marriage ending. It didn’t seem out of the ordinary, and the fact that she’d got a new flat and a new job all pointed towards things getting better, and her planning for the future.

She didn’t let any of us know how she had been feeling – if she had, we would have done everything in our power to help her.

Right from the moment we found out we had lost Sophie, the whole family started talking about trying to help other people who might find themselves in the same situation.

We cried a lot, then agreed that we wanted – and needed – to pull something positive out of this wreck. To help ourselves, and others.

Soph was born in 1989. She was a lovely little girl who grew up into a mature, sociable and entertaining person. She was one of those people you were always happy to see, she brought a real spark of light into every room she walked into.

Me and her mum split up when she was three or four, but I always spent a lot of time with her. We’d go out walking together, in the North Lakes, where I lived. As she got older, she was a great laugh and a real pleasure to be with.

After volunteering in Kenya for four months, working with orphans, Sophie came home and said she wanted to go to uni and study to become a nurse. This was a perfect career for her, as she was so caring and empathetic. She then went to Manchester for her degree and absolutely loved it.

After university, she got together with the man who would become her husband. They ended up in Edinburgh together, she had a great job, and they got married in 2017.

From the outside, life looked great.

Then, in September of 2018, Sophie announced that she was leaving her husband, and that she didn’t love him anymore. It was a shock to us all but, of course, we supported her decision.

Over the next couple of months, she was very emotional – but we never for a second considered that she was contemplating suicide.