Business Council of Australia chief Jennifer Westacott is calling on the government to axe unions’ right to veto pay deals as she joins several business heads to present a united front in opposing the amended industrial relations bill.

The business groups, including the Australian Chamber of Commerce and Industry, Australian Industry Group, Minerals Council of Australia, Council of Small Business Organisations of Australia, and National Farmers Federation, urged Labor to abandon or drastically change the bargaining reforms. 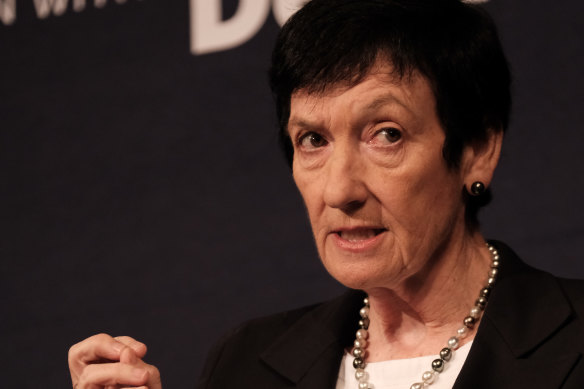 Business Council of Australia head Jennifer Westacott has called on the government to axe a veto power for unions over multi-employer deals.Credit:Oscar Coleman

Prime Minister Anthony Albanese had earlier told parliament the fact that both business and union representatives didn’t support every element of the Secure Jobs, Better Pay bill meant the right balance had been struck in a process that was about “encouraging give and take”.

“This reflects a mandate that Labor won on the 21st of May,” Albanese said. “The Australian people voted for these reforms, now the Australian parliament can do the same.”

Greens leader Adam Bandt confirmed earlier on Wednesday his party would support the bill in the lower house, but said some “loopholes” need to be closed before it can be passed in the Senate.

The Greens’ support is integral to the Secure Jobs, Better Pay bill’s success in the upper house, as their numbers combine with Labor’s to make up half the members in the Senate. 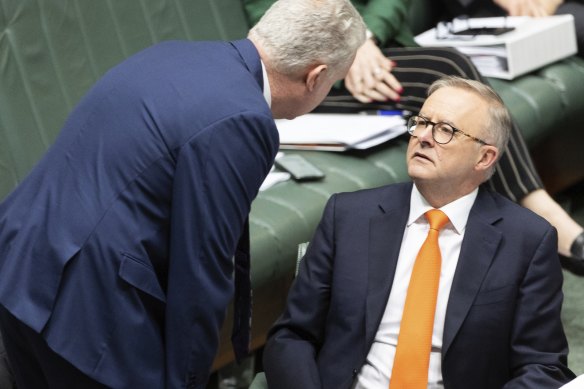 Workplace Relations Minister Tony Burke used question time on Wednesday to list the range of organisations he had consulted over the legislation, including some of those jointly opposing the reforms, who said the bill didn’t reflect the “broad consensus” from consultations.

“The bill, as currently framed, should not be passed by parliament,” the joint statement said.

Among a lengthy list of amendments to the already 249-page bill that were tabled in parliament on Tuesday was a right for unions to sign off on agreements made between workers and their employers before the agreement could go to a vote.

Westacott called on the government to scrap this, as well as making the highly contentious single interest stream for multi-employer bargaining voluntary, so parties could opt in and out.

Multi-employer bargaining, which would allow the majority of workers across many businesses to jointly force their employers to the bargaining table, is the major sticking point in the bill as businesses fear it could expose them to unworkable deals and wide-scale industrial action.

Another amendment was to exclude those working in the commercial construction sector from multi-employer bargaining, however, Australian Industry Group head Innes Willox said the carve-out, relating specifically to just one industry award, made it “extremely narrow.”

“There are a raft of building and construction industry activities that aren’t covered by the carve out, including for example all civil, metal or engineering construction work. A much broader exemption is required,” Willox said.

Electrical Trades Union acting national secretary Michael Wright said the allowances for other areas of the industry to participate in multi-employer bargaining meant it would be critical for the renewables sector.

“Multi-employer bargaining means we can create opportunities for more apprenticeships and career pathways across multiple companies,” he said.

A spokesman for the construction union said it supported all workers having access to collective bargaining at enterprise or industry level. “However, it is our view that in practise the existing single employer EBA system will continue to be the main means of achieving better wages and conditions for construction workers in the various sectors of the industry,” he said.

The bill continued to be debated in parliament on Wednesday night, with several crossbenchers opposing it.

Warringah MP Zali Steggall earlier accused the government’s approach to the reform as being “disingenuous” while Curtin MP Kate Chaney compared it unfavourably to the rigorous consultation involved in the climate change and integrity bills.