And the bride wore … a gown made of broken mirrors.

Adding to the opulent affair, “Queens Gambit” star Anya Taylor-Joy was the maid of honor and the ceremony was officiated by House Speaker Nancy Pelosi. The bride’s rescue dog was a ring bearer.

The 26-year-old artist and model Ivy walked down the aisle at City Hall in San Francisco in a custom Galliano gown for Maison Margiela Haute Couture, made of four layers and covered in mirrored pieces. 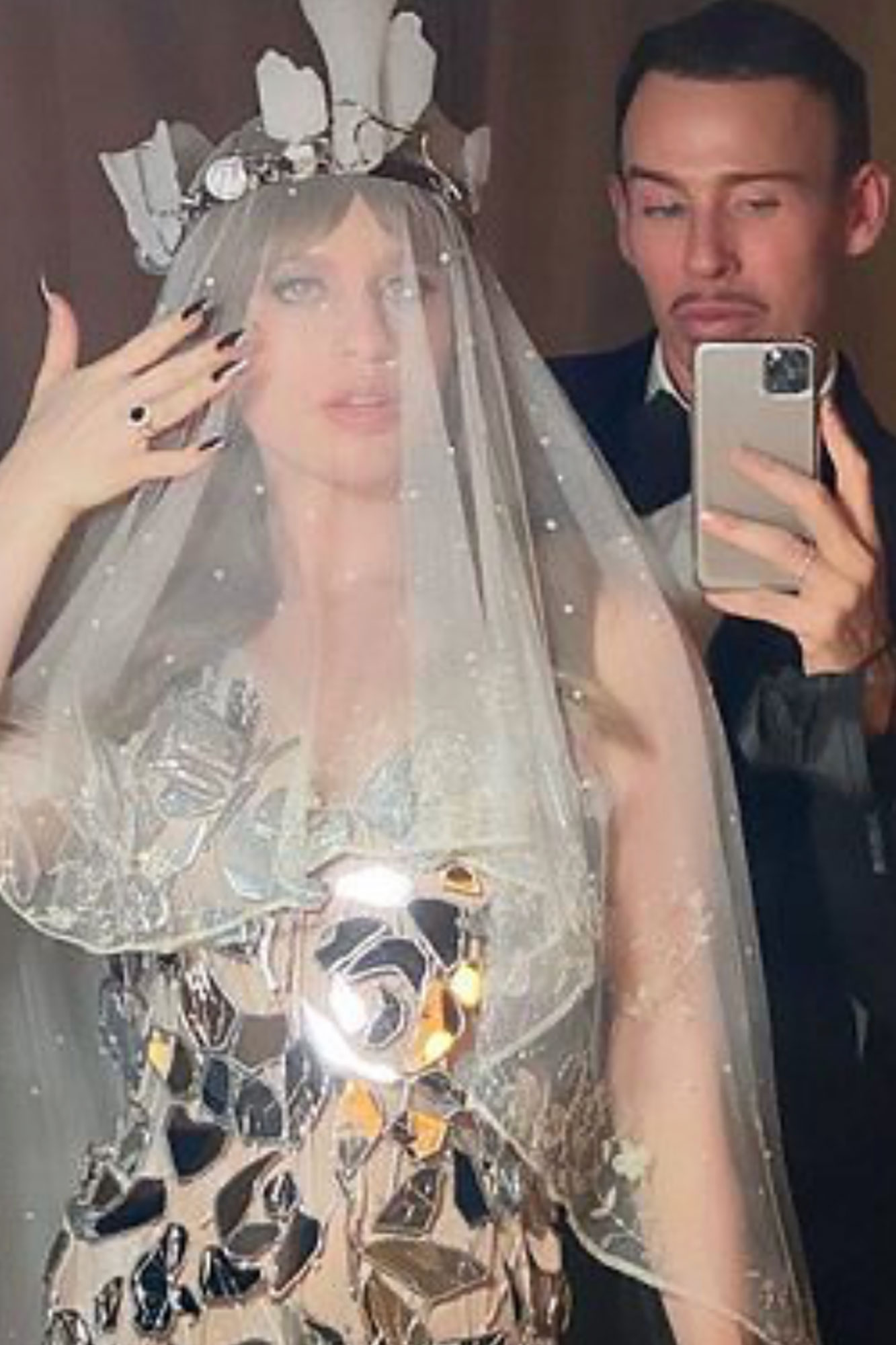 “A big percentage of the dress is real mirror,” Galliano told Vogue of the sparkling number. “But because she has to walk in it, we created a substance that would evoke real mirror but weigh considerably less.”

Her veil was embroidered with walnuts in honor of her grandmother Ann, who grew up on a walnut farm. It also had guitars to pay homage to her late father, John Gilbert, a musician who died last year.

Ivy told Vogue she chose controversial designer Galliano because her late grandmother always wore his designs for Givenchy and then Christian Dior, from which he was ousted in 2011 after a video surfaced of him going on a drunken anti-semitic tirade in Paris. He joined Maison Margiela in 2014. 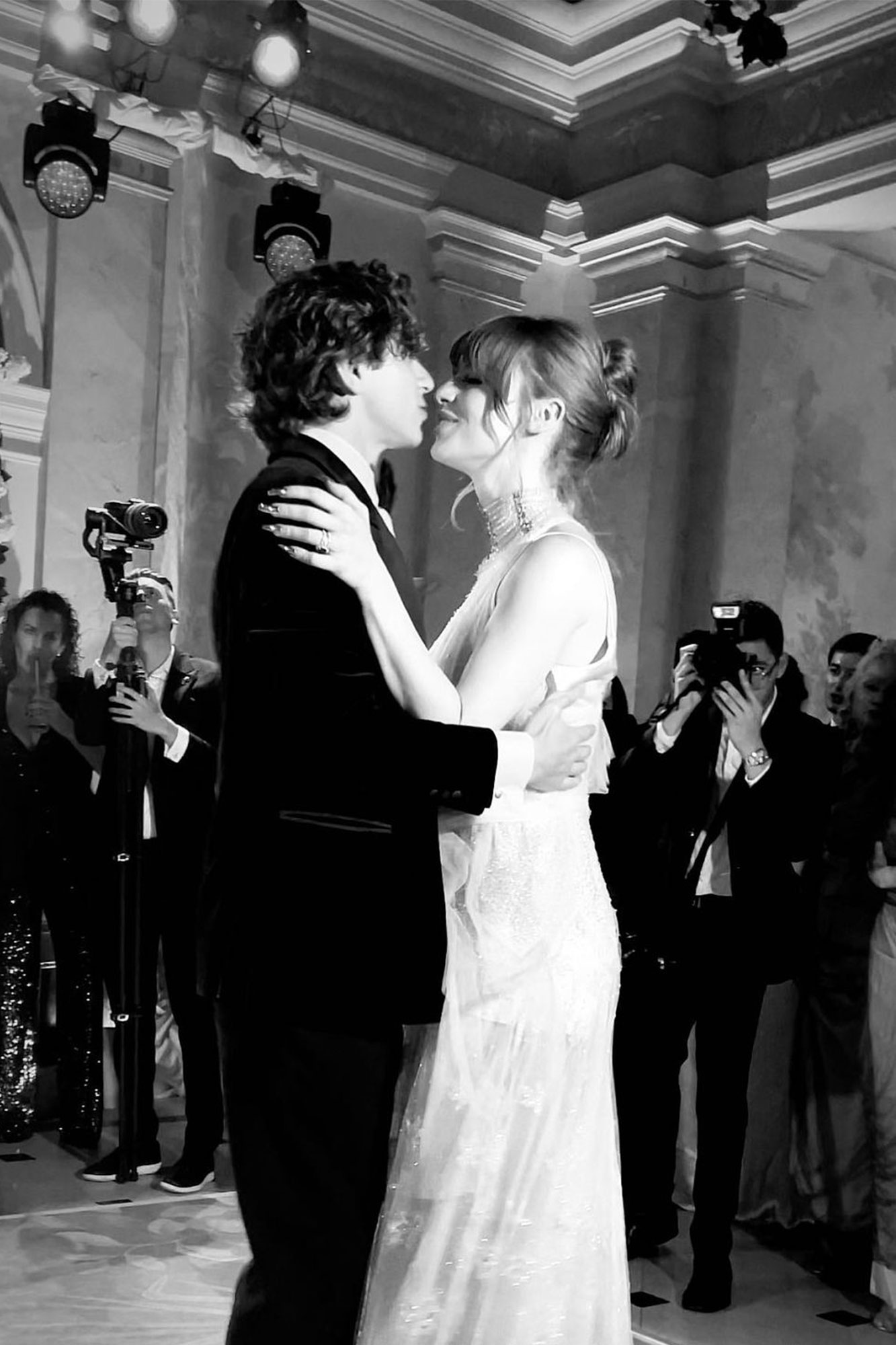 “After my grandmother’s passing — she was really more like a mother to me — I felt this connection to John. I knew I wanted him to create the dress for my wedding. My aunt Vanessa, who I am very close to, was connected to him through a friend, and here we are.”

There was also a pre-wedding, “Mod”-themed bash DJed by Mark Ronson at the Palace of Fine Arts where guests donned looks from the 1960s and later rocked out to a performance by Earth, Wind, and Fire. 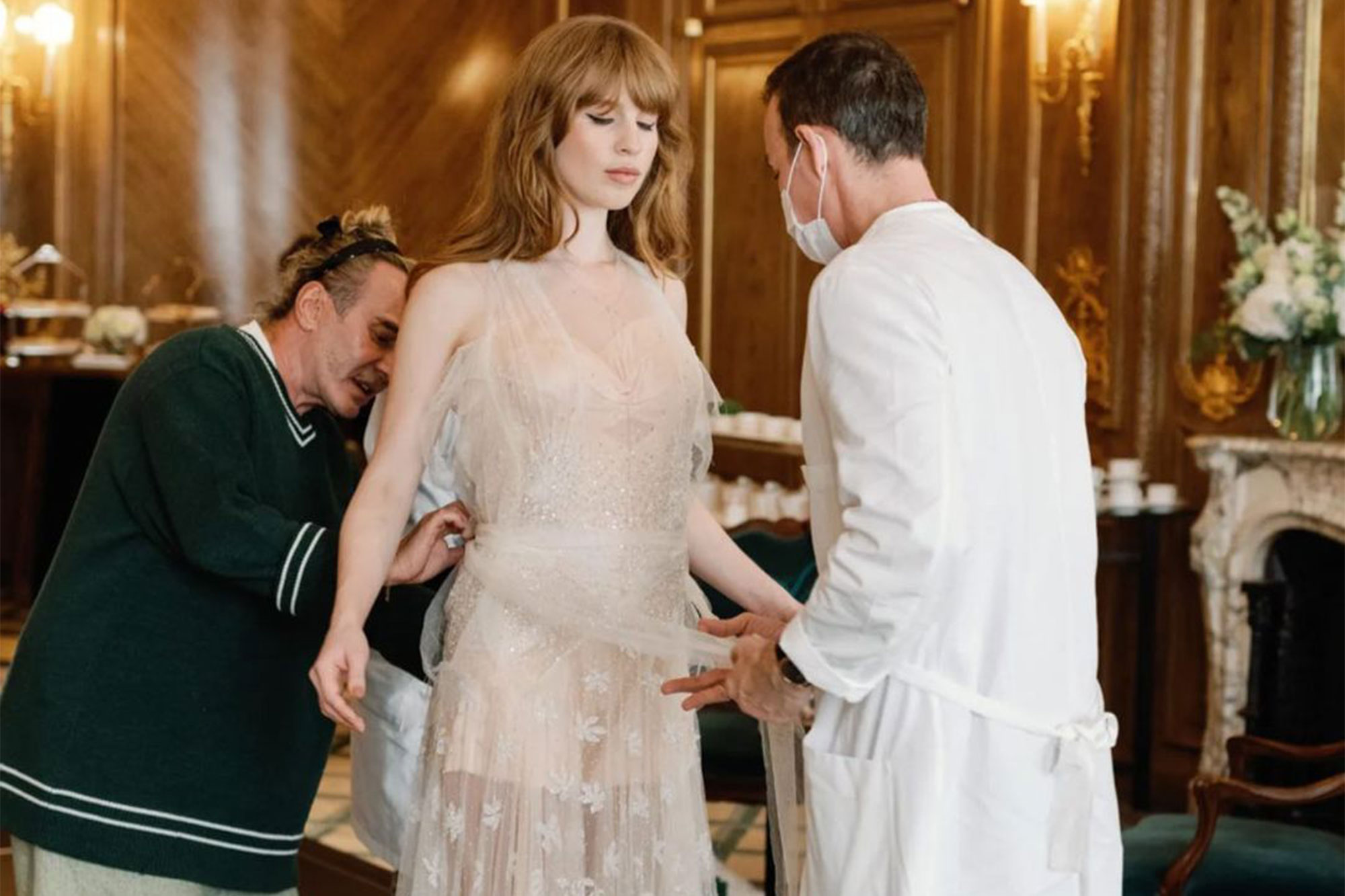 The newlyweds even put on a picnic at the Log Cabin on Presidio where guests were offered up IV drips to cure their hangovers, according to Vogue.

Capping off the weekend Taylor-Joy wrote on Instagram of the lavish nuptials, “My baby girl got married yesterday,” she wrote. “Being by your side all these years and your maid of honour has been nothing short of a privilege and your existence, nothing short of a miracle. I am so PROUD of the woman you’ve become. If you’re ever in any doubt — I have loved you and will love you, forever.”