He will not accept this rose. Blake Moynes has a new outlook when it comes to dating — and that includes not getting near any more flowers.

Down in the DMs! Blake Moynes’ ‘Bachelorette’ Timeline: From Clare to Katie

“Starting to like the city life! 🏙 Hey, I’m alllll for people coming to say hi! But let’s leave the roses out of it – those things just stress me out now lolll 🥀 ,” Moynes, 31, captioned a photo of him getting approached by a fan with a rose via Instagram on Tuesday, December 14. 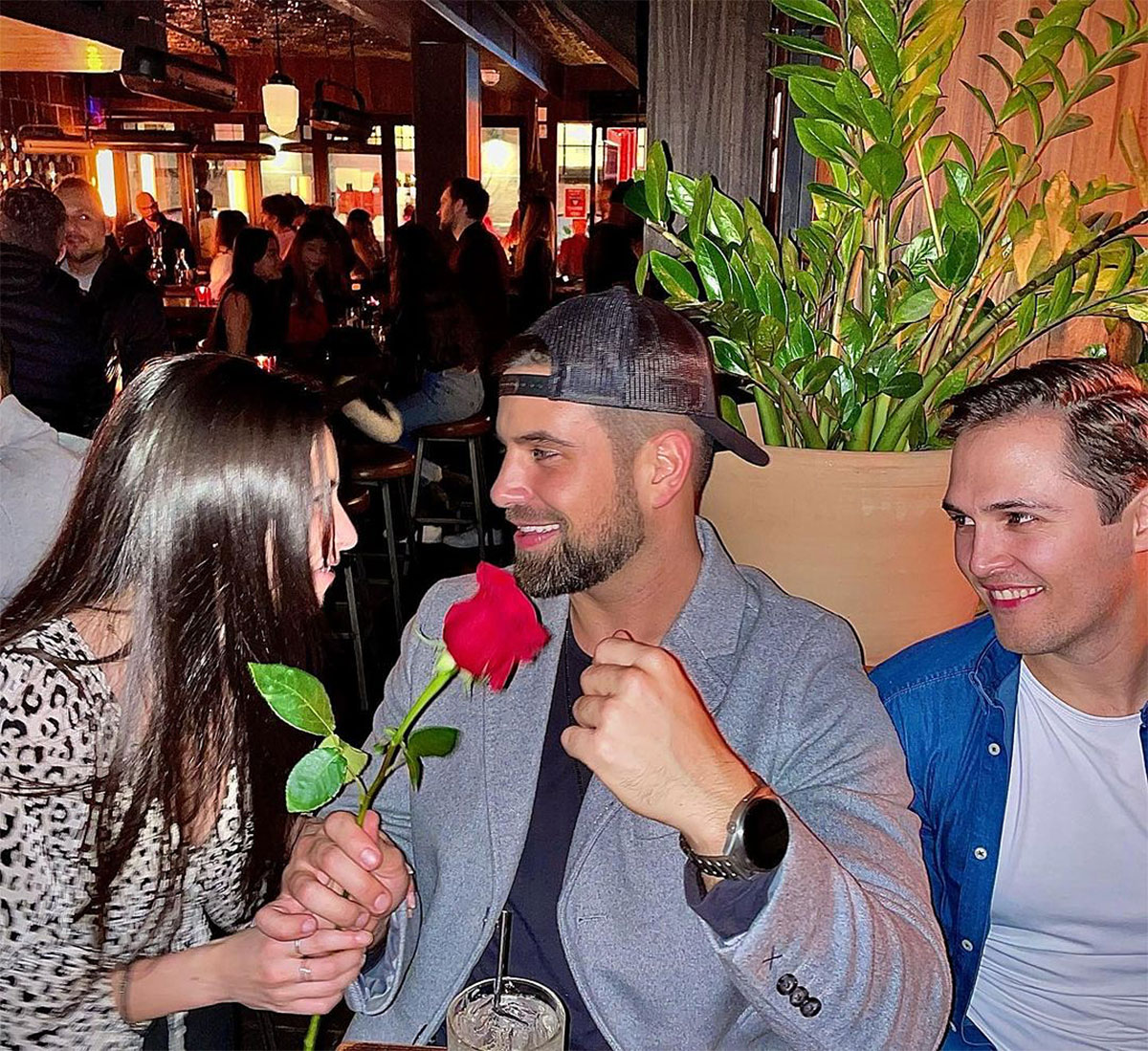 The social media post comes two months after the wildlife manager called it quits with Katie Thurston. The duo originally met when Moynes joined season 17 of The Bachelorette to attempt to win over Thurston, 30. The Canada native previously appeared on Clare Crawley and Tayshia Adams‘ season in 2020 before trying his luck at a rose again one year later.

After fans watched Moynes pop the question to Thurston during the August finale, the former bank marketing manager revealed that she wasn’t sure they would work if there was no proposal.

“In the moment — because there was a moment where I didn’t think he was proposing — I was just happy to leave with him. I knew that was going to happen no matter what, [but] it’s hard to say the impact of that in the real world [if he didn’t propose],” she exclusively told Us Weekly during a joint interview with her then-fiancé. “You go through so much and you want to take this very seriously and a proposal and engagement is very serious. I didn’t come here to find a boyfriend. I can do that on a dating app.”

Two months after their love story aired on ABC — and three days after speaking with Us — the twosome announced their decision to go their separate ways.

“It is with mutual love and respect that we have decided to go our separate ways. We are so grateful for the moments we shared together and the entire journey that has unfolded this year, but we ultimately have concluded that we are not compatible as life partners, and it is the most caring choice for both of us to move forward independently,” Thurston and Blake captioned their identical posts via Instagram in October. “We ask for kindness and privacy as we both navigate this transition. Both of us will forever want the best for one another and ask you to please support us in our decision.”

The exes made headlines again when Us broke the news that Thurston had moved on with Bachelor Nation’s John Hersey one month after confirming her split from Moynes. At the time, the Bachelorette contestant explained that he didn’t see his ex-fiancée’s new relationship coming.

“I really don’t think there was any physical cheating there, but there [was] clearly emotional [cheating]for it to transition as quickly as it did. I feel stupid and foolish for allowing it to happen, to some degree,” he revealed during an episode of the “Talking It Out With Bachelor Nation” podcast in November.

Even though Hersey, 27, was sent home by the Washington native during week two, Moynes noted that their friendship after the fact contributed to them getting together shortly after his engagement with Thurston ended.

“I don’t know if it was partially me too, like, was she emotionally cheating to some degree because I wasn’t able to provide something with words of affirmation, which I know I struggle with sometimes,” he noted at the time. “I try to stand by having no regrets, but it is instances like this where you really start to fight yourself with having no regrets just with the way things played out.”

Moynes admitted that he would have liked for Thurston to reach out to him, saying, “I just thought that she might at least tell me on the side just because we have had very cordial and easy conversations through text [since the breakup]. Why not reach out to me and tell me that? There’s a little lack of respect there.”

That same month, Hersey defended his relationship with Thurston after seeing their followers “build assumptions and throw around accusations.”

“Katie and I developed an incredible and deep friendship over the last half year or so. The circumstances by which this friendship formed was a series of crazy, random and coincidental events, that I’m sure you will all hear about at a later time,” he wrote in a lengthy letter which he posted via Reddit. “My point for now is that we were ALWAYS platonic. Even during my short stint on the season, we never had a chance to foster anything romantic (read as: John blew his chance and left the next day hahaha). The boundaries of our friendship with respect to her ongoing relationship never even required addressing, because it was never a thought in our minds that we would ever be anything more.”