The Britney Army is ready to wage war.

Countless Britney Spears fans questioned why Kim Kardashian and the like are praised when they post nude photos to social media, but when the pop star does the same, haters comment that she “needs help.”

“Kim Kardashian have [sic] 4 kids and she posts naked/sexy photos and everyone loves her and applauds her, but Britney posts something like that and needs help or the conservatorship ???” one fan tweeted Monday before asking, “WHY IS THIS HAPPENING IN 2022 ????”

The Twitter user attached screenshots of fans commenting heart and flame emojis under one of Kardashian’s naked photos but telling Spears to “put some clothes on” and calling her posts “so concerning.” 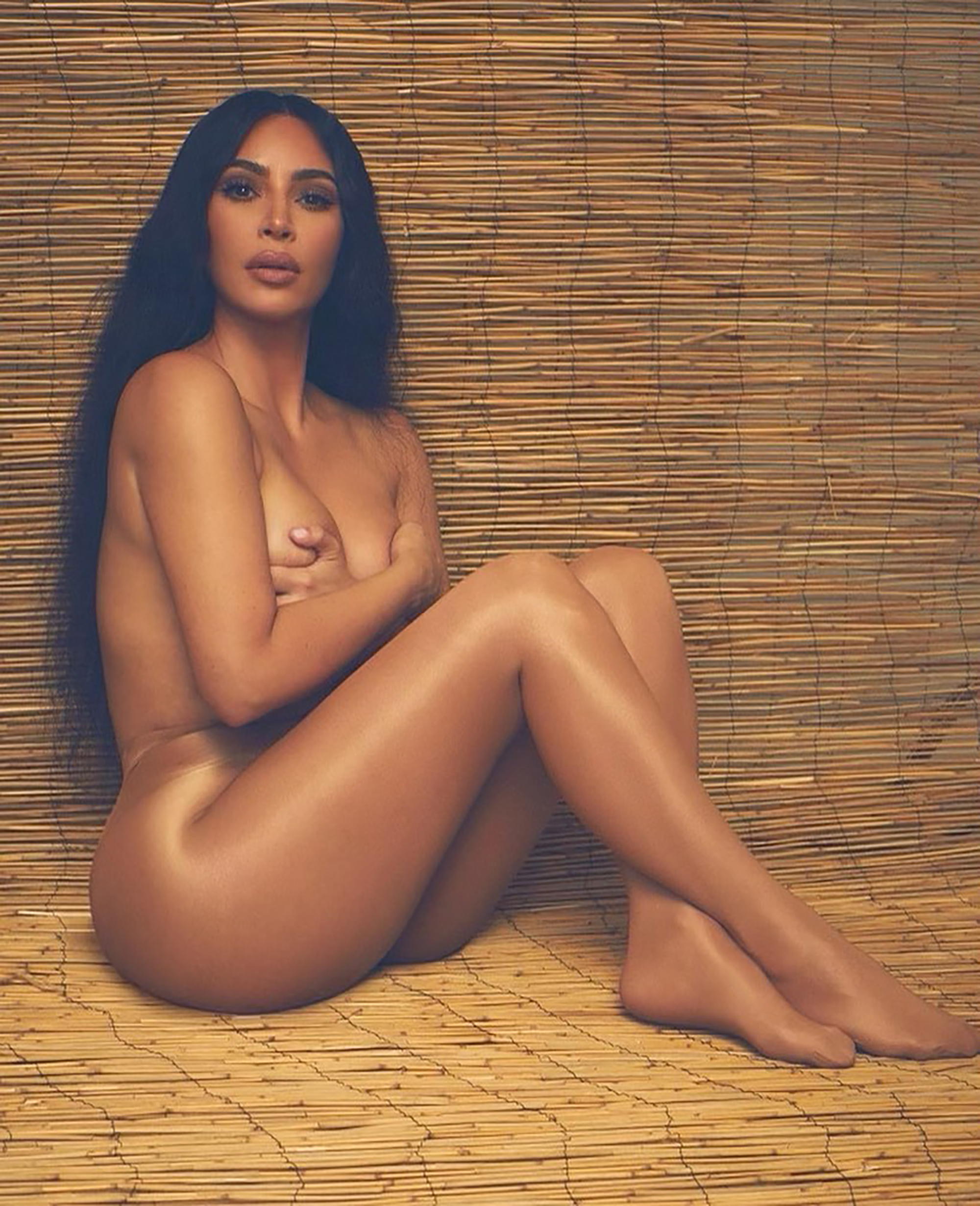 “no cos this is really strange to me. why do y’all EAT UP the kardashians when they show their bodies but comment s–t like this when britney spears does it? people are so fake woke it’s sad and pathetic, stay out of successful womens business,” another defender tweeted with screenshots of more negative comments about Spears going nude.

“So Kim Kardashian can do this but Britney Spears can’t? And you all wanna call her crazy when she is doing the same thing all the other girls are doing? Make it make sense,” a third fan agreed. 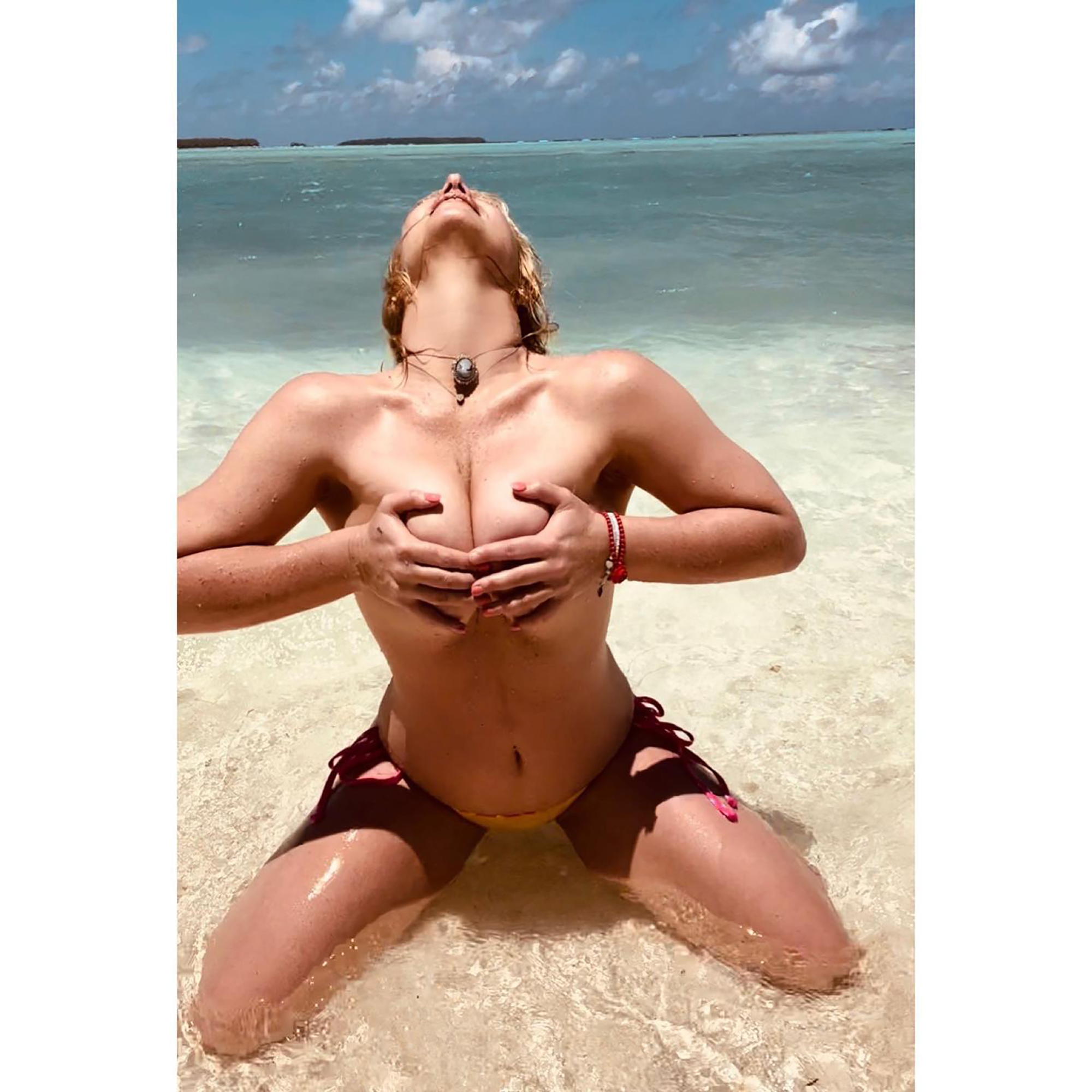 “#FreeBritney She’s still celebrating a little thing called FREEDOM! And some are sayin that maybe the cship should have stayed in place because of these pics? Did anyone say Kim Kardashian needed a cship when she posted hers?” another chimed in, referring to Spears’ nearly 14-year conservatorship ending in November 2021.

“OMG I just googled Kim Kardashian naked, if you think Britney is unwell because of this picture then Kim needs to institutionalized,” one more fan tweeted. 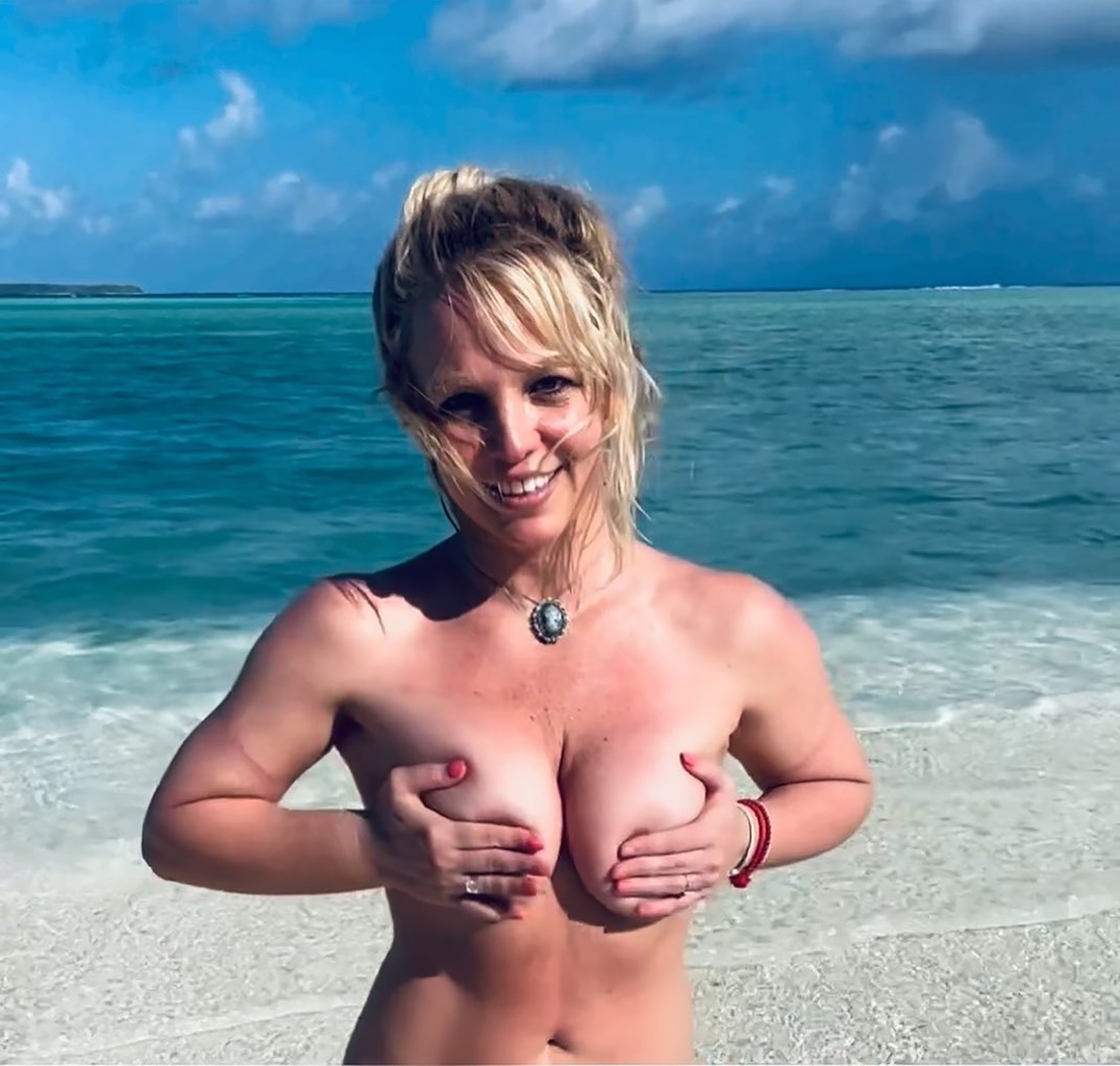 The pregnant “Toxic” singer, 40, made headlines Monday after she posted various nude selfies that she took prior to having a bun in the oven. She posed totally naked but covered her breasts with her hands and put a pink heart emoji over her vajayjay.

While fans celebrated Spears, many trolls criticized her stripped-down snaps.

Instagram users commented harsh messages including “stop it” and even claimed the Grammy winner’s dad, Jamie Spears, “may have been right” in putting her under a conservatorship in February 2008. 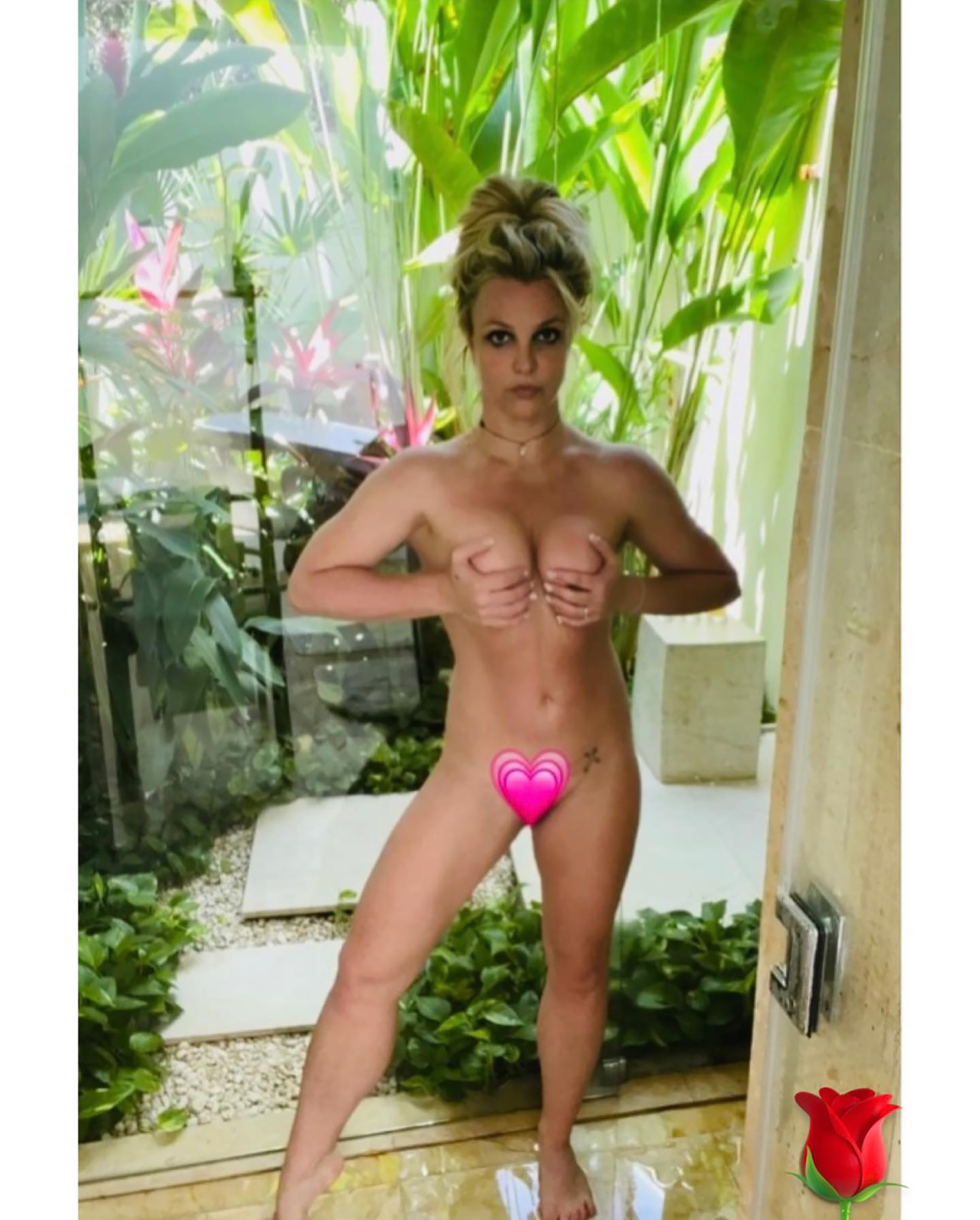 But fans argued that Spears “can do what makes her happy,” calling her a “strong and empowering woman” who is “sexually confident” and “making a statement being free.”

The “Gimme More” singer announced her pregnancy with her fiancé, Sam Asghari, in April. The personal trainer-turned-actor, 28, popped the question in September 2021, and the couple have since picked a date for their wedding.