Home » Lifestyle » Can’t you wait a week? Why streaming platforms are binning the binge 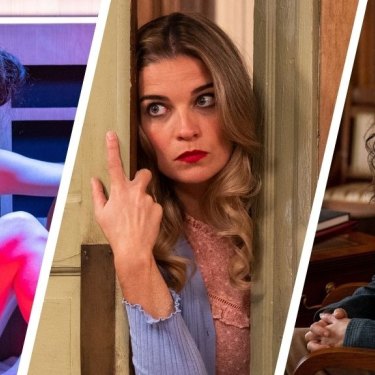 To binge or not to binge? That is the question. Credit:Channel 4, Jojo Whilden/AMC, Eliza Morse/Netflix

Once upon a time, the idea of accessing new episodes of our favourite shows all at once was inconceivable. We were happy to wait an entire week just to watch the latest episode of whatever was popular in that strange era before streaming. Programs such as Desperate Housewives, Grey’s Anatomy and Game of Thrones were appointment viewing because you literally had an appointment: same time, same day, every week.

But in 2013, Netflix changed the game, creating its first original series House of Cards and releasing all 10 episodes at once. The bingeing beast was born and the drip feeding dried up. 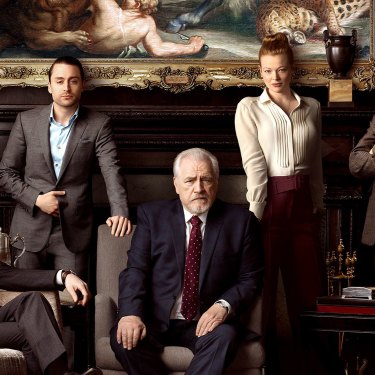 Binge will roll out Succession one episode at a time when the hit HBO show returns on October 18.

So dramatic was the shift in our viewing habits that binge-watch was named Collins’ word of the year in 2015. With Netflix controlling the streaming market, we gladly overindulged, feasting on back-to-back episodes of Stranger Things, Making A Murderer and The Crown.

But like everything in life, what goes around, comes around. As the streaming wars continue to heat up, we’ve seen a return to the weekly release model with competing platforms looking to make the most of their high-profile programs.

Unfollow the leader: Why the shift?

While Netflix has remained wedded to its binge release schedule, rival platforms have mostly abandoned the model.

Already this year, Binge has found great success with the once-a-week system helping extend the shelf-life of shows including Mare of Easttown and The White Lotus. Next month the streamer will continue this pattern when the much-anticipated third season of Succession starts on October 18. This is largely due to the platform’s agreement with HBO, which has nearly always dropped shows week by week. But it extends to other series, too. Binge held back on airing FX’s Mr Inbetween, for example, until all episodes had dropped on Showcase. 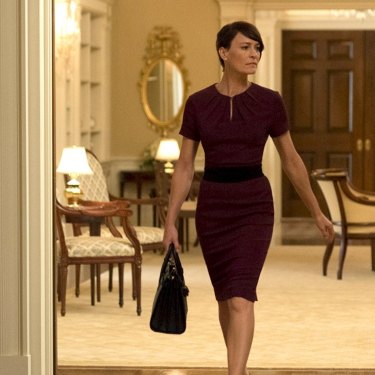 Netflix changed the way we consumed TV when it released House of Cards all in one go.

“Those three shows are all HBO programs and they still run with the linear driven schedule,” Alison Hurbert-Burns, executive director at Binge, says. “Whoever is making the content dictates how we get access to it.”

Similarly, Stan (owned by Nine, owner of this masthead) has deals with cable networks Showtime and Starz so shows, including Billions and Power, also premiere week by week. Theoretically, both Binge and Stan could hold those programs back and deliver bingeable drops at a later date, but the tide has shifted away from that method.

This old-fashioned way of watching keeps us on the same page in a way bingeing doesn’t facilitate.

“We have the choice to wait and drop it all at once in 10 weeks time but, if you hold something back, you’re not only stopping the consumer choice but you’re getting left out of the conversation,” Hurbert-Burns says. “One thing I loved about Mare of Easttown was it allowed people to create a community, there were podcasts and stories each week and it gained this cultural momentum.”

Cailah Scobie, Stan’s chief content officer, says our enjoyment of “buzzy” series is increasingly tied to belonging rather than bingeing.

“With a show like Billions, where there are so many twists and turns, it lends itself to next day analysis, and you want to belong to that,” Scobie says.

On top of that, releasing a show each week means viewers have to remain engaged with, and focused on, the series. This allows a handful of shows to stand out in a saturated market. If a series is available all the time, it can simply drift into the ether among the volumes of content already out there. All-in-one drops was partly an effort to combat piracy, but as paid subscriptions have increased and become more affordable, piracy has declined. So long as all the episodes aren’t available elsewhere, once-a-week releases are feasible.

Welcome back to the watercooler

The return of watercooler TV might also be a reaction to the isolation brought on following the COVID-19 pandemic.

“We are more socially isolated than ever before, so it’s good to be able to have something that we can experience together,” Brad Ridout, from the University of Sydney’s Cyber Psychology Research Group, says.

“This old-fashioned way of watching keeps us on the same page in a way bingeing doesn’t facilitate,” Dr Ridout says. 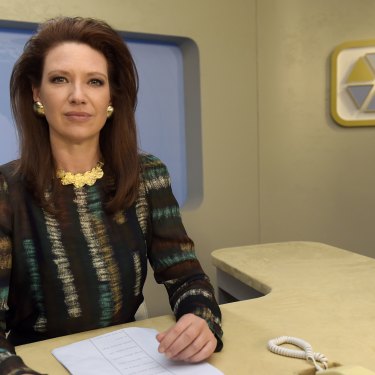 Anna Torv stars as Helen Norville in the ABC’s 1980s-set drama The Newsreader.

This could explain why platforms such as Disney+, which produces content in-house and could mimic Netflix’s binge-model, are sticking with the weekly release including for WandaVision and The Mandalorian.

Closer to home, ABC has also jumped on the anti-binge bandwagon. Previously, the ABC would drip-feed homemade dramas such as Jack Irish on free-to-air while making all episodes available on iView straight away. However, with new shows The Newsreader and Fires, the broadcaster has opted for a uniform week-by-week release. SBS maintains an inverted released model, allowing viewers to binge on its on-demand site, perhaps in order to build word of mouth or to test a show’s appeal, and then programs it for the linear platform.

Meanwhile, Amazon Prime Video has taken a more varied approach depending on the show. In May, the platform debuted Nicole Kidman’s latest project Nine Perfect Strangers. The miniseries is a Hulu Original, so Amazon followed Hulu’s week-by-week drop. But last week the Amazon-produced Back To The Rafters was made available to audiences in its entirety – a method that pleased creator Bevan Lee. 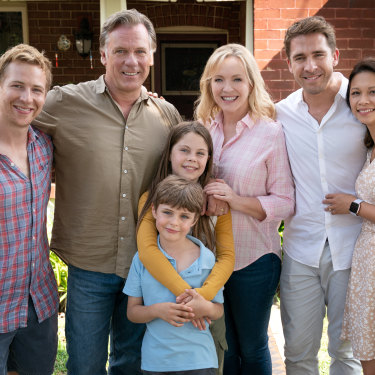 Amazon opted to release the Back to the Rafters reboot in full, with all six episodes available to binge on Prime Video.

“The good thing with binge form is that the writing can be more driven and direct, without concern for viewers losing plot threads through separation of episodes,” Lee, whose career has most often seen him deliver weekly dramas for free-to-air networks, says. “It becomes more of a multi-hour movie than multi-episode television.”

Stan has mirrored this tactic, with almost all Stan Original series sticking to the binge model. “There is no hard and fast rule with our originals, but to date, the majority have dropped all at once,” Scobie says.

The only Stan Original to go weekly has been the first season of RuPaul’s Drag Race Down Under, which aired earlier this year. 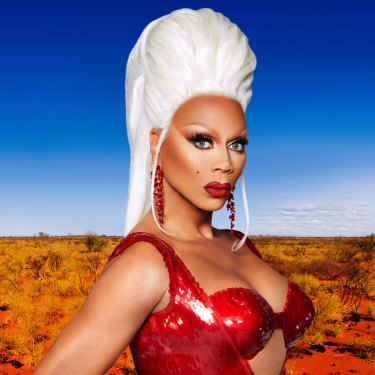 “That’s a competition-based show, so that format lends itself to a staggered release,” Scobie says.

Binge is currently shooting its first homemade commission, Love Me, a six-part drama made in conjunction with Foxtel but Burns says no decision has been made on how best to release the show.

“All the platforms are experimenting, so if they can drop a whole series believing it’ll work for a particular type of show, then they might do that.

Both Binge and Apple TV+ have toyed with a hybrid model that delivers viewers the best of both worlds. In 2020, Binge premiered The Flight Attendant with a triple episode release before scaling back to once a week. Apple TV+ did the same for the first season of Ted Lasso. 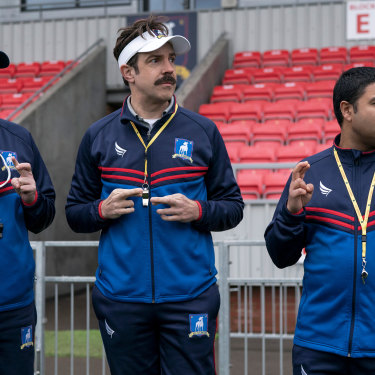 Ted Lasso is one of Apple TV+ most popular original series.Credit:Apple TV+

“Sometimes you’re not sure if something will stick, so you give a little more and then hope it builds,” Hurbert-Burns says.

The binge is dead; long live the binge

According to data from Roy Morgan, Netflix remains Australia’s most-watched subscription service and bingeing is in its DNA so that’s not about to change.

“Releasing all episodes at once is our default and we don’t plan to meaningfully move away from that – Netflix members know and love that model,” a Netflix spokesperson said.

For those concerned that the changing trends may spell the end of binge sessions on the couch, don’t hit the panic button just yet.