Home » Lifestyle » Cheap whisky with a Hobnob on the side: What does the Australia-UK free trade deal mean for you?

Cheap whisky with a Hobnob on the side: What does the Australia-UK free trade deal mean for you?

Treating yourself to a McVitie’s Hobnob dipped into a cup of tea could soon be even sweeter as the price of British biscuits is set to fall.

Or if you’re after something stronger, the cost of a glass of Scotch whisky is also on the rocks. 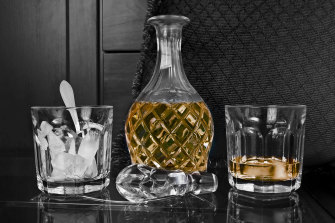 Your glass of Scotch whisky might be about to get cheaper.Credit:istock

These are just some of the benefits of a deal struck in London this week, when Prime Minister Scott Morrison and his British counterpart Boris Johnson swapped English Penguins for Australian Tim Tams, Marmite for Vegemite and Blue Label Johnnie Walker for Penfolds wine.

The UK government expects the agreement will save British households up to £34 million ($62 million) collectively each year, or about $2.23 each, due to lower costs for Australian goods including confectionery, swimwear and wine.

So how much will Australians save at the till?

The full details of the in-principle deal are yet to be provided, but based on what information has been publicly released, there are several cuts to tariffs on UK goods exported to Australia. Lower costs for manufacturers and exporters typically results in lower prices for consumers.

Ceramics, whisky, biscuits, pharmaceuticals, cars, machinery and tractors are among the products expected to be cheaper in Australia due to the removal of tariffs. There have also been suggestions British cheese and some clothing brands, such as Burberry, could cost Australians less due to the deal. The UK government estimates $7.9 billion worth of exports into Australia will have tariffs removed.

But determining exactly how much cheaper these items might become is tricky. For instance, there is currently a 5 per cent tariff on distilled spirits including whisky and gin.

If the full 5 per cent was realised as a discount, this would be a $5 reduction on a $100 bottle.

A submission from the Edinburgh-based Scotch Whisky Association to an Australian Productivity Commission review into tariffs in 2000 argued the 5 per cent charge on imports to Australia applied to distilled spirits added a “mere 0.84 per cent” to the retail price of a litre bottle of Scotch Whisky.

But don’t hold your breath for a cut in cost for your favourite tipple to appear any time soon.

The Scotch Malt Whisky Society Australia national ambassador, Matt Bailey, said the organisation was “excited” about the deal that appeared to be a step in the right direction, though they need to see the details.

“While we don’t expect to see immediate changes in pricing across the board, we do see at least some better flexibility in the importation of great Scotch and other international whisky as a result,” Mr Bailey said.

The 5 per cent tariff also applies to biscuits. A reduction of this size could cut the cost of a 300-gram packet of oat-filled Hobnobs by 15 cents to $2.85. At the moment the same size packet of local Anzac biscuits costs $3.

The UK Department for International Trade says cheese exports currently face tariffs worth up to 20 per cent, while British clothes sold in Australia are slugged with a 5 per cent duty.

Big-ticket items could have more meaningful price reductions. A Parliamentary Committee report on trade with the UK previously found vehicle imports from the UK to Australia were worth $1.5 billion in 2015-16. This included more than 40 makes and models, including Jaguar-LandRover, Mini, Honda, Rolls Royce, Bentley, Aston Martin and Nissan.

The latest MINI Cooper S Countryman with all the mod cons will set a new car owner back about $68,000. If the tariff directly translates into a 5 per cent price cut, this could be a $3400 saving.

For Australian businesses, the agreement will not affect the nation’s single largest export to Britain.

Most gold exports are not made physically, as valuable slivers of the precious metal are easily lost in transit. Ownership is transferred among investors who hold most of their gold in vaults beneath the Bank of England in central London.

British purchases of gold soared to record levels in the wake of Brexit over fears the event would weaken the UK economy. It has remained at elevated levels, in part due to uncertainty caused by the coronavirus pandemic.