Home » Lifestyle » ‘Chicago Fire’ Preview: Casey Hangs On For Dear Life To The Side Of A Drunk Driver’s Car

‘Chicago Fire’ Preview: Casey Hangs On For Dear Life To The Side Of A Drunk Driver’s Car

Casey gets caught in a very scary situation when the crew is called to the scene of a drunk driving accident in this EXCLUSIVE preview of ‘Chicago Fire.’

Truck 81 heads to the scene of their latest call in this EXCLUSIVE sneak peek of the March 17 episode of Chicago Fire. Casey walks over to the spot of the accident and asks the passenger if she’s OK. “My driver is drunk out of his mind,” the woman yells. “I told him to pull over and let me out, and he swung around and started yelling in my face…”

She’s covered in cuts from the broken window that shattered next to her after the car slammed into another vehicle. Kidd tells the woman not to move since she’s got broken glass all around her. Casey goes around to the driver’s side and tells the driver to cut off the engine. The driver is clearly inebriated and slurs his words while responding to Casey. 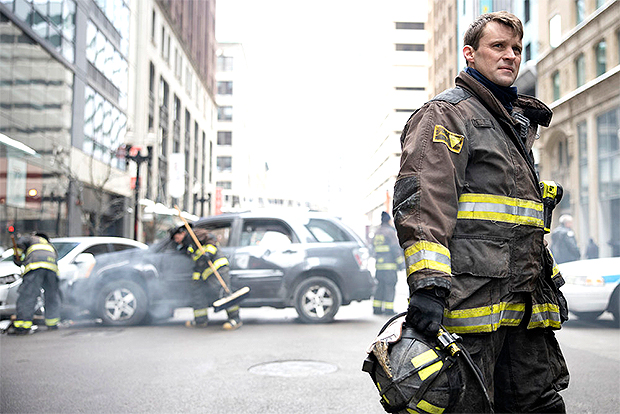 Casey asks the driver again to turn the engine off, this time a little more bluntly. The driver mumbles that he doesn’t “need permission” from Casey. Casey doesn’t waste any more time and reaches in to turn off the car. When he does, the driver presses on the gas. Whether it was intentional or not remains to be seen.

The car begins to move, with Casey stuck holding on for dear life to the side of the car! The car begins to swerve along the road, and Casey’s still hanging on. Kidd and the rest of Truck 81 run after Casey and the car. The injured passenger is still inside as well. From the looks of it, Casey may very well walk away with a scratch or two after this. 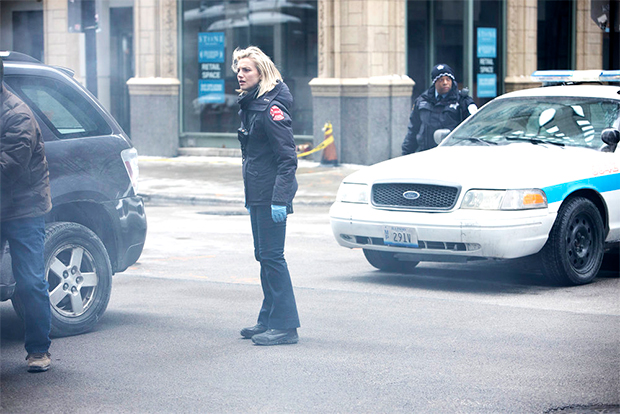 The synopsis for the March 17 episode of the show reads: “Mouch, Gallo, Ritter, and Mackey report for training.  A nasty blow to the head brings Casey unimaginable pain.” Chicago Fire season 9 airs Wednesdays at 9 p.m. on NBC.