Jemima, who works for the highly selective Annabel’s member’s club in Mayfair, is the great-great-great-granddaughter of confectioner John Cadbury, while David is the nephew of Lord Tollemache.

The loved-up couple, who got engaged on February 26 and have been dating since 2016, officially announced their engagement news in a gushing Instagram post, with Jemima writing: ‘Jolliest Tolly-to-beeeee. Love you to the moon and back.’

In the cute snap, real estate agency boss David and heiress Jemima can be seen beaming as the bride-to-be holds onto the lapel of his khaki jacket, showing off her sparkling engagement ring.

The socialites were soon inundated with well-wishes and messages of congratulations from their friends and loved ones – including Lady Violet Manners and Daisy Bell. 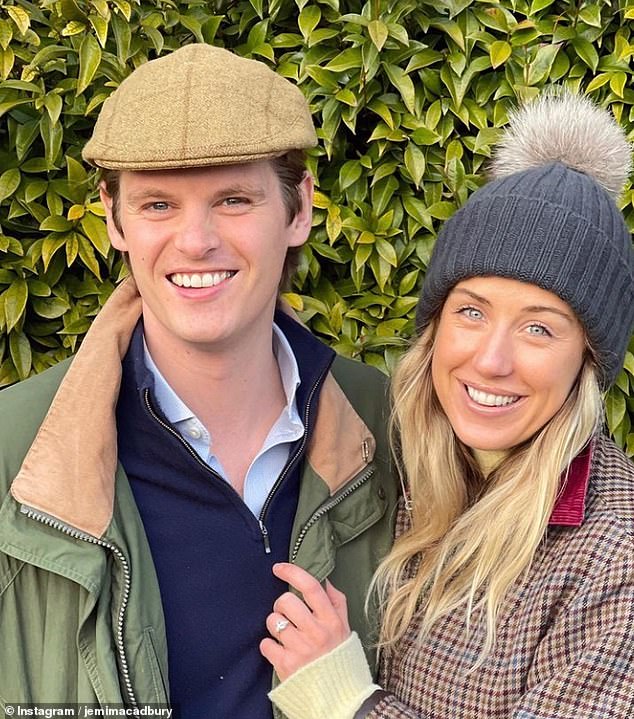 The great-great-great-granddaughter of British confectioner John Cadbury, Jemima Cadbury, has announced she is engaged to her boyfriend of several years David Tollemache, the nephew of Lord Tollemache. The pair shared a sweet engagement snap on Instagram (pictured)

Jemima shared the good news on Instagram, calling herself a Tolly-to-be and saying she loved David ‘to the moon and back’ (pictured)

The newly engaged couple, who are both outdoorsy and often share snaps of their walks around the countryside, can be seen donning winter coats and hats as they pose in front of a shrubbery.

David and Jemima have been dating for several years and like to document their lavish life on Instagram.

In her spare time, and before the Covid pandemic put London night outs on hold, Jemima liked to write about the chicest events around the capital on her blog Bee’s Bazaar.

The quirky socialite and chocolate dynasty scion was dubbed one of the new ‘movers and shakers’ among London socialites, alongside her Annabel’s colleague by Tatler Magazine. 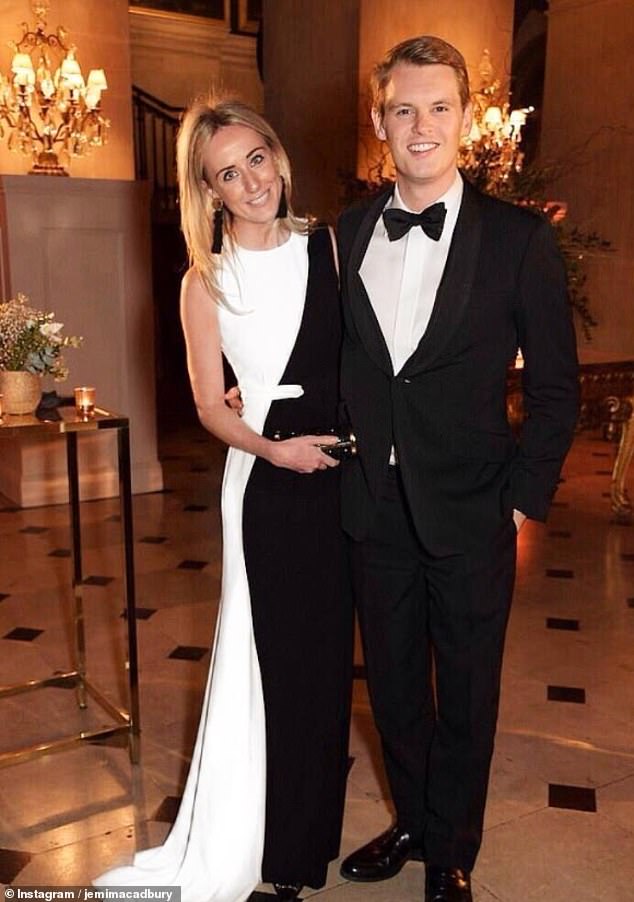 David and Jemima have been dating for several years. Jemima works for the select member’s club Annabel in Mayfair, and David owns his own real estate company (pictured at a fundraising even for Starlight UK in 2019)

The pair were spotted at Stanley’s in Chelsea last summer to mark her birthday along with a group of close friends, with a cake worthy of a confectionery heiress.

Jemima is close with Lady Manners Violet, the daughter of the Duke and Duchess of Rutland, who is also an Instagram aficionado and active socialite.

David and Jemima also like to travel around the globe and Jemima regularly gives a glimpse of their romantic beach trips on Instagram, although, like everyone, the lavish couples have put their travels on hold due to the pandemic in the last year, after spending New Year’s Eve 2020 in Amsterdam, followed by the sandy beaches of St Barts.

Jemima is also a pro at mixing glamourous holiday shots with more quirky snaps, doing headstands and bridges to ‘get an even tan.’ 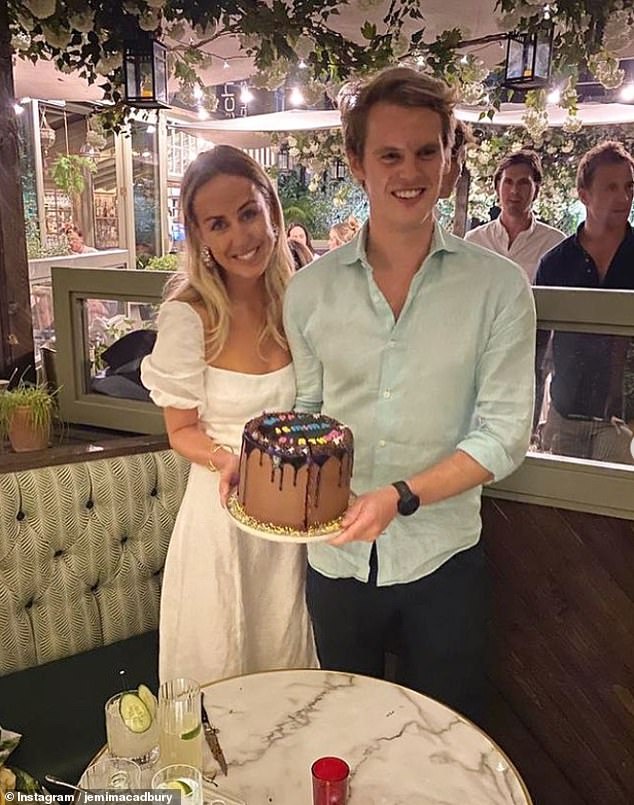 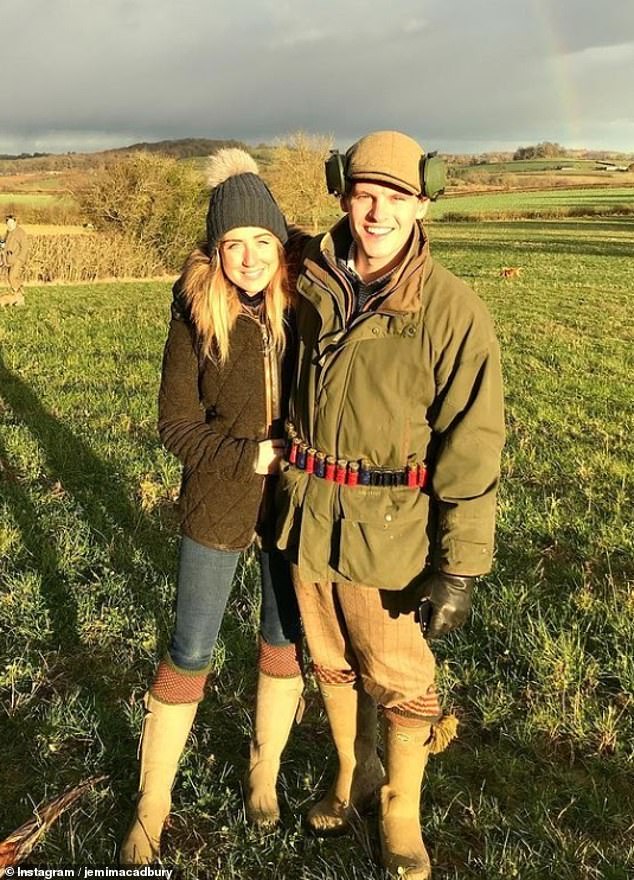 The pair are both outdoorsy and often share snaps of their weekend in nature, with David a keen huntsman

Both Jemima and her groom-to-be come from wealth – with David being the nephew of Lord Timothy Tollemache.

Timothy Tollemache, who is 81, has had a Knight Commander of the Royal Victorian Order since 2015, and the Tollemache family are also patrons and presidents of several organisations.

David, who loves to share glimpses of his active lifestyle on Instagram, completed the Blenheim Palace triathlon in 2020, with Jemima sharing a triumphant snap of his efforts.

Jemima and David are also known for their philanthropic engagements and have taken part in several fundraising events for several charities. 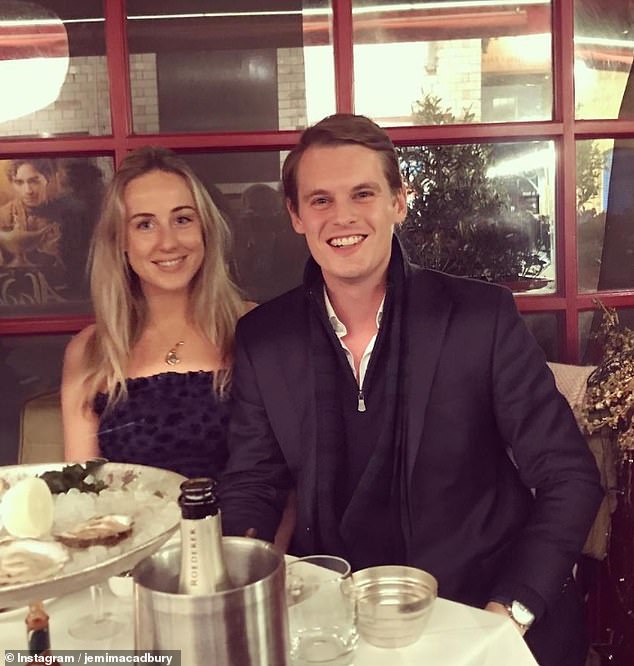 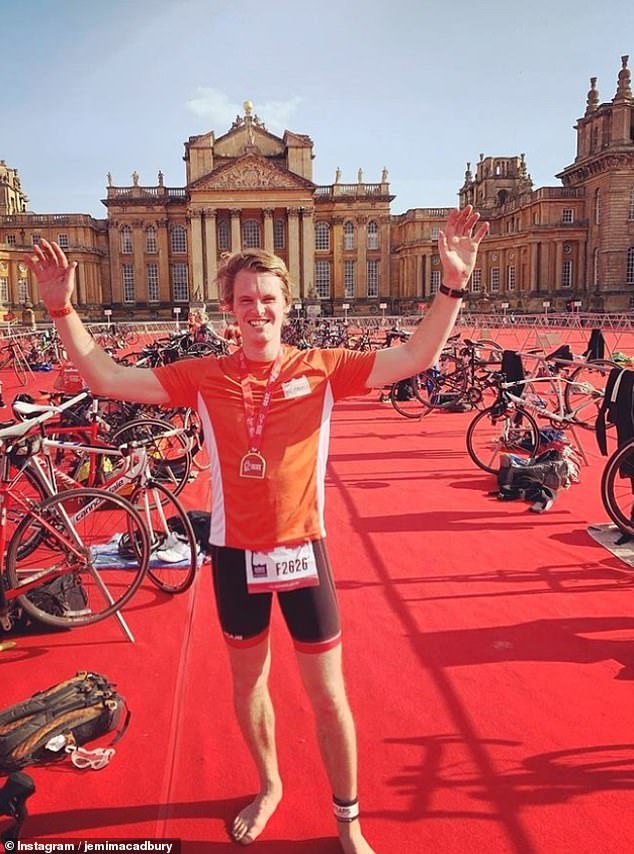 In 2019, the pair dazzled at an event at Blenheim Palace for the Starlight UK children charity.

And during lockdown last year, Jemima took part in the Cartier Over The Rainbow challenge, where the jewellery brand customers and fans to create artwork with the colours of the rainbow to support the NHS.

The couple gave no indication of their wedding date, and like many other couples, they will have to wait for covid-19 regulations to ease before planning their wedding bash in earnest. 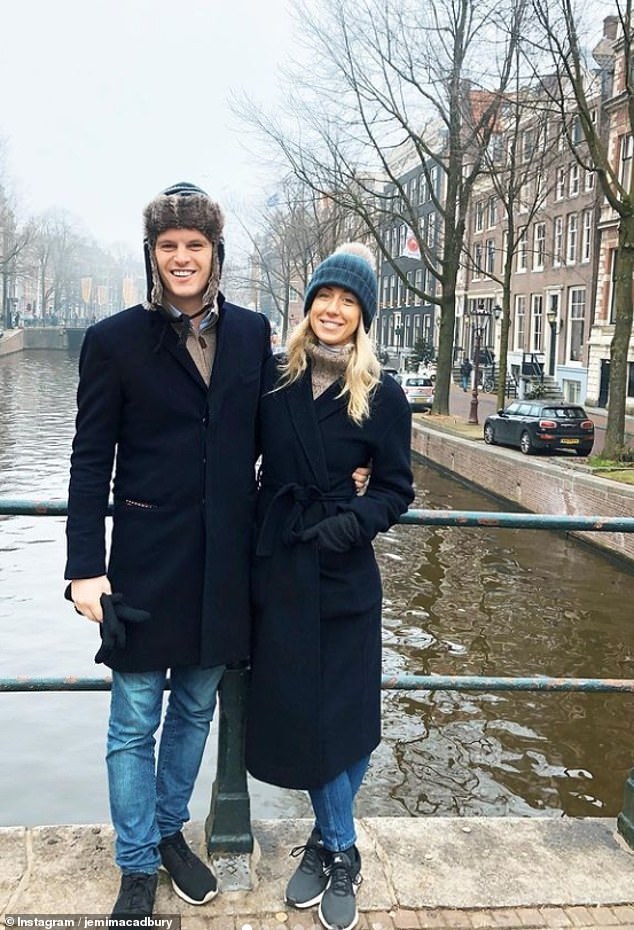 The couple are also keen travellers, who spent New Year’s Eve 2020 in Amsterdam, before putting trips on hold due to the coronavirus pandemic