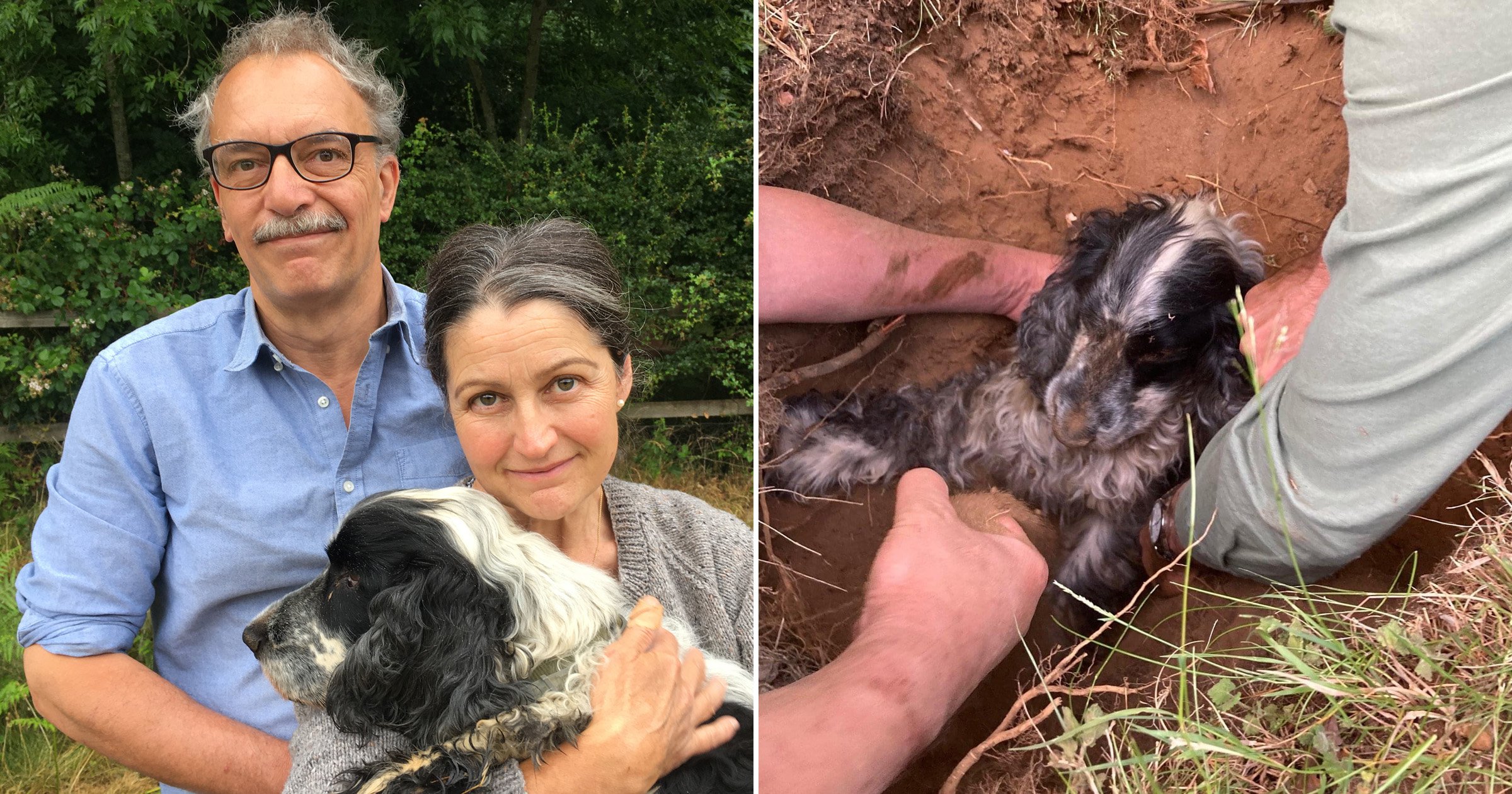 When Merry the cocker spaniel went missing, his owners Alistair and Holly McGillivray feared the worst.

The couple, both 56, searched desperately for three days, enlisting the help of search parties in a bid to bring the nine-year-old home safely.

Little did they know, poor Merry was stuck somewhere a lot closer to home than they thought.

On day three, they heard yelping from their back yard in Farley Green, near Godalming, Surrey, only to find a very unhappy Merry stuck down a rabbit hole.

Alistair said: ‘It’s hard to describe how we felt when we found him.

‘Overwhelming relief at first, then frantic activity because he was stuck fast, and it took us an hour to dig him out.

‘We always knew he was an extraordinary dog.

‘We’ve been incredibly touched by the response of the local community after Merry’s disappearance.

‘People have been so kind, and we can’t thank everyone enough for taking an interest in his wellbeing and doing what they could to help find him.

‘We’re just so pleased to have him back.’

Get in touch by emailing [email protected]k