‘Sexual predators have not been influenced by Snow White’: Therapist is praised by GMB viewers as she ridicules backlash against ‘true love’s kiss’ scene because Disney princess is ‘asleep and can’t consent’

A relationship therapist who has worked with both victims and people accused of harassment has hit back at the suggestion that Snow White sends the wrong message to children about consent.

Critics argue that the ‘true love’s kiss’ scene featured in the ride undermines lessons about constent because Prince Charming kisses the princess while she’s asleep.

But Emiliana argued that it’s not up to a cartoon to teach young people about important issues such as consent, saying that it’s a much more complex issue.

And viewers agreed that it’s a parent’s responsibility to teach their child about relationships and consent, with one insisting the ‘world has gone nuts’. 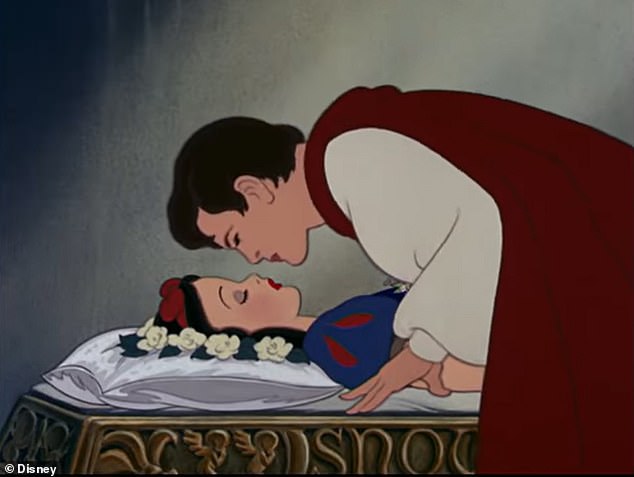 A dating expert has claimed that the ‘true love’s kiss’ scene at the end of Disney’s Snow White could confuse children about consent. Pictured, the ending of the 1938 Disney cartoon 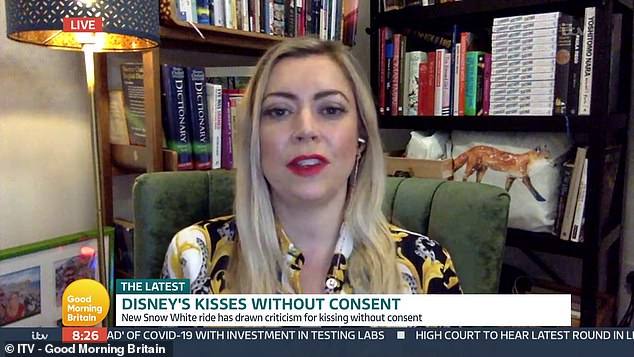 Nichi Hodgson, from east London, said on Good Morning Britain today that children can ‘copy what they see’ on screen if they ‘don’t have it explained to them’

One said: ‘What the hell is going on? Surely it’s parents’ duty to teach their kids about consent. I didn’t have any problem after watching the film. IT’S A FAIRY TALE. The world has gone nuts! Crazy people.’

Another wrote: ‘Snow White is an animated movie. It’s not real life and if you are concerned about the message it sends then it’s the parents’ job to discuss it with them… not Disney.’

A third agreed: ‘Is this what it’s come to? Discussing the ending of Snow White. Let’s all bow down to the “I’m offended” brigade. Jesus Christ, what a time to be alive.’

Speaking of the film, Nichi said: ‘What’s really important now is that we talk now to children about consent, about them having a body bubble, about them knowing people can’t come into their space and this thing [scene] goes against all of that.’

Viewers disagreed with Nichi, with several agreeing that it’s a parent’s responsibility to teach their child about relationships and consent, with one insisting the ‘world has gone nuts’

Emiliana argued: ‘I think Disney is a form of entertainment and it’s my job as a parent to teach my daughter about consent.

‘I don’t think Disney, an entertainment forum, should be responsible for teaching children about these issues.’

‘I think it’s great we’re opening up the conversation about consent, but people blaming Disney – a romantic kiss in the end of a movie, in a fantasy tale isn’t the reason teenagers become confused about consent. ‘

When asked about whether she felt the film’s ending ending would be acceptable in real life, she went on: ‘No. I’m saying it’s a fairytale, it’s not a real situation. 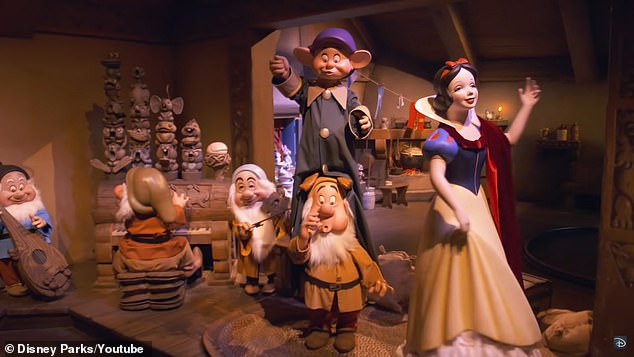 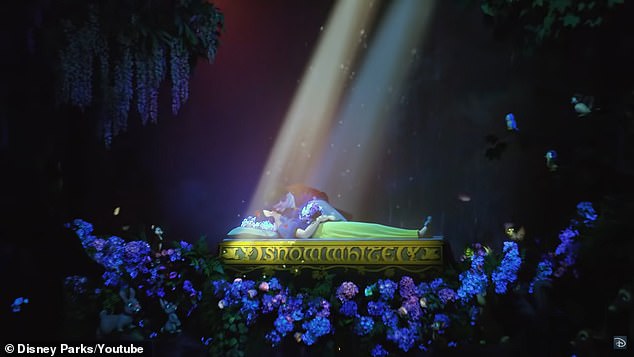 ‘The story isn’t reality and that’s what I would explain to a child watching it. I think you’re seriously underestimating children’s intelligence and what children are capable of.’

‘I work as a therapist, and have worked with people on both sides, victims and those who have been accused of harassment and people who don’t understand consent and boundaries aren’t doing it because they watched a Disney film when they were younger, it’s much more complex than that.’

Nichi went on to argue that while Emiliana is a ‘diligent parent’ who knows what her child is watching, she’s ‘concerned’ that not everyone is so vigilant and are ‘not paying attention’. 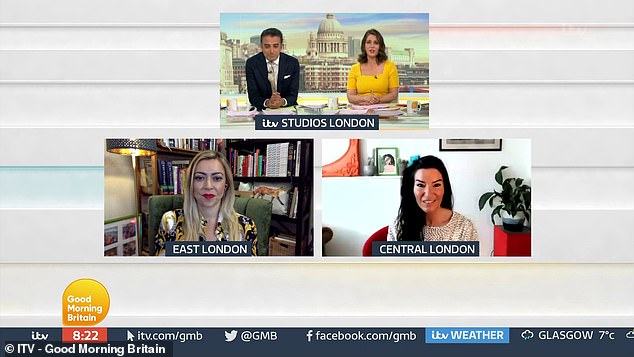 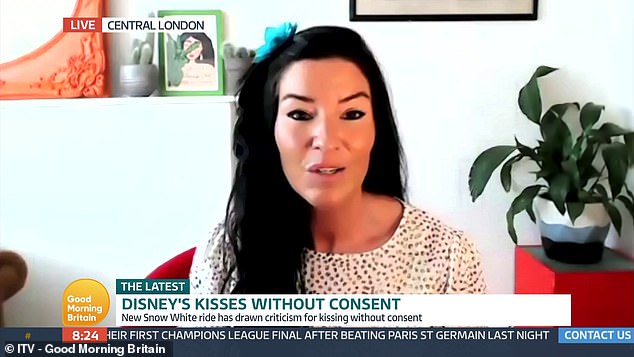 Emiliana argued: ‘I think Disney is a form of entertainment and it’s my job as a parent to teach my daughter about consent’

Nichi responded: ‘I’m not saying it’s Disney’s fault. Disney can choose whether to have a moral duty or not Disney can choose to be an ethical business if they want to be, they make so many millions of pounds from their films, children watch them for a very young age.’

Emiliana went on: ‘I watched them as a child and neither me or my child are confused about consent.

‘I think i’s the responsibility of the parent, I think it’s an important conversation, but it’s not Disney who are the cause of this problem.’

Nichi added: ‘I think it’s really important to say, lots of children do copy what they see and don’t have it explained to them. It’s not about Disney having a responsibility, its about saying are we sending the right message to our children?’