All tariffs on vaccines, protective masks, syringes and soap would be removed under a plan to be put forward by New Zealand at a major regional summit later this year.

New Zealand, which is hosting the Asia-Pacific Economic Co-operation summit in November, also wants the 21 nations around the Pacific Rim to agree to put vaccines in an “express lane” so they are no longer tied up in customs for days. 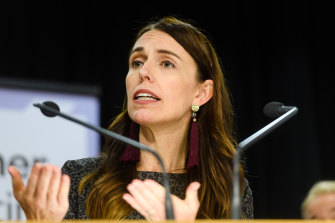 Although New Zealand and Australia have low or no tariffs on many medical products, some APEC nations impose tariffs higher than 50 per cent. Across the region, the average tariff on vaccines is 6 per cent, syringes 20.7 per cent, masks 8.6 per cent, vaccine storage containers 30 per cent and soap 27 per cent.

Vangelis Vitalis, deputy secretary of New Zealand’s Ministry of Foreign Affairs and Trade, said he hoped APEC would be able to say something “meaningful and substantial” to respond to the coronavirus pandemic.

“New Zealand discovered we had a 5 per cent tariff on soap [at the start of the global pandemic], which we promptly eliminated.

“None of us knew that vaccines or syringes had these kinds of barriers in place. The benefit of APEC is that it can highlight this information and say: ‘Do we think this is a sensible thing to be doing in the time of a pandemic?’”

Mr Vitalis said New Zealand would also push for accelerated customs procedures to create an “express lane” for vaccines. Under the Regional Comprehensive Economic Partnership (RCEP) agreement, chilled food products must cross the border within six hours but vaccines can be held up for days. “We have no such similar agreement for vaccine movements and that’s something that we clearly need to address.” 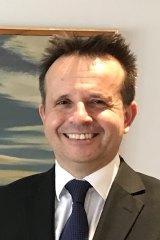 New Zealand diplomat Vangelis Vitalis, who is chair of the senior officials meeting for APEC.

The global push to waive intellectual property protections for COVID-19 vaccines is also likely to be on the APEC agenda.

Separately, New Zealand will push for a “standstill” on new fossil fuel subsidies, which could be uncomfortable for Australia after the federal government this week announced a $2 billion fuel security plan to keep the country’s two remaining oil refineries producing petrol.

Mr Vitalis confirmed his country would also push APEC members to slash tariffs on green goods such as solar panels, wind turbines and wastewater treatment technologies. In 2012, APEC members agreed to cut tariffs on 54 environmentally friendly products to 5 per cent. Australia and New Zealand will now argue the tariffs should be slashed to zero and protectionist restrictions on green services should be removed.

Australian Trade Minister Dan Tehan has already floated this plan as part of his push to oppose the European Union’s move to impose carbon tariffs.

Mr Vitalis said New Zealand was concerned about Europe’s plan for carbon levies on countries with weak emissions laws but it would not be on the APEC agenda. “There is a deep suspicion about the carbon border tax … You can’t help feeling that the potential for protectionist impulse rises.”

He said New Zealand was looking to give APEC a practical agenda after it was hamstrung by geopolitical tensions following the 2018 meeting in Papua New Guinea.

“The China-US relationship was such that there was simply no way to get that consensus on a leaders’ statement … the institution was set adrift that year,” he said. “I’ve been involved in APEC for nearly 20 years. I’ve never seen such a tense, difficult situation … particular delegations actually walked out of the room, they shouted at each other. It was unheard of in an APEC context.”

The APEC meeting is being held virtually this year and will include a meeting of trade ministers in June and a leaders’ meeting in November.