Home » Lifestyle » Finneas steps out of Billie Eilish’s shadow, but he’s got a way to go

Unlike most artists releasing their debut album, Finneas O’Connell – known just as Finneas – is already beloved. The 24-year-old might be a brother, producer and songwriter to global phenomenon Billie Eilish, but it’s finally time to step out of her shadow.

By his own account, when he writes songs Finneas is first an actor, putting his perspectives aside for the people he’s writing for – whether that’s Eilish, Justin Bieber or the slew of other artists he’s worked with. He considers their vernacular, motivations and passions when penning lyrics, ensuring that they’re not just retelling stories of his own. 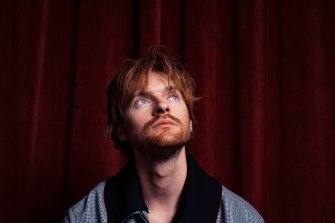 “If you’re writing and you know that someone else’s voice is going to be the voice telling the story, it should be a language that fits them,” he told Atwood Magazine in 2018.

Now Finneas is ready to just be himself on his debut studio album Optimist.

On opener A Concert Six Months From Now Finneas employs the use of his guitar and tries to put a complicated feeling (which we have all have known too well during the pandemic) into words. It’s a brand of optimism that’s tarnished by reality, where one hopes for the best but knows better. For Finneas it’s about hoping to see his favourite band at the Hollywood Bowl and rekindling an old flame.

Finneas is capable of mimicking his sister’s aloof, whispery lilt, but it’s the way he bellows when his emotions take over that sets him apart. At times his incurable sincerity sounds a little cheesy, as if he’s aping top 40 hits (Someone Else’s Star) but sometimes he strikes the right balance (How It Ends).

Sonically, Optimist is vast and varied. There are surprises like The 90s, which is at first stripped down and punctuated by a sparse clap track before transforming into a frenetic EDM song complete with autotune. Here Finneas romanticises what life was like before the internet. He continues the scathing assessment of online fans with Medieval, where he compares himself to a king fated to be dethroned.

Finneas does cast his net a little wider on The Kids Are All Dying, a buoyant piano-laden jaunt. Frustrations pour out towards the far right, politicians and the tangled web of internet semantics. Though what begins as tongue-in-cheek ends up being self-flagellating: “I know my pool is heated/Business class is where I’m seated/And I’m whiter than the ivory on these keys.” 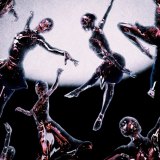 Optimist is a genre-a-minute record and swings between hits and misses. Credit:

The au courant ennui continues on the ironically upbeat Happy Now? “I take a drive around town in my douchebag car/Like the superstar that I pretend to be,” he confesses. “Nothing feels better than buying love.” Meanwhile, stadium-ready Hurt Locker is a little cheesy and predictable but allows Finneas to show off his soaring balladry.

It’s a genre-per-minute album and a little disjointed, the only common theme being the incessant navel-gazing.

That’s not to say there aren’t moments of pure brilliance. Love is Pain is uniquely raw and confessional, as Finneas broods on the insurmountable hurt that familial and romantic love brings; Peaches Etude is a strikingly gorgeous yet solemn instrumental piano piece that, despite feeling odd on a pop album, is simply refreshing.

But this moment of respite points to a bigger issue. Unlike those who’ve voiced his lyrics, Finneas isn’t quite capable of being the main character. The record isn’t just fragmented, but it’s easy to grow weary of the plethora of complaints and humble brags on a debut effort. Is he ready to be a superstar? Maybe – but first, he’s got to give people something to root for.