Four charts that explain why there is a gas price crisis

THE UK energy market is in crisis mode – here's why prices are rising.

Wholesale gas prices have gone up a staggering 250% since the start of the year, and 70% since August. 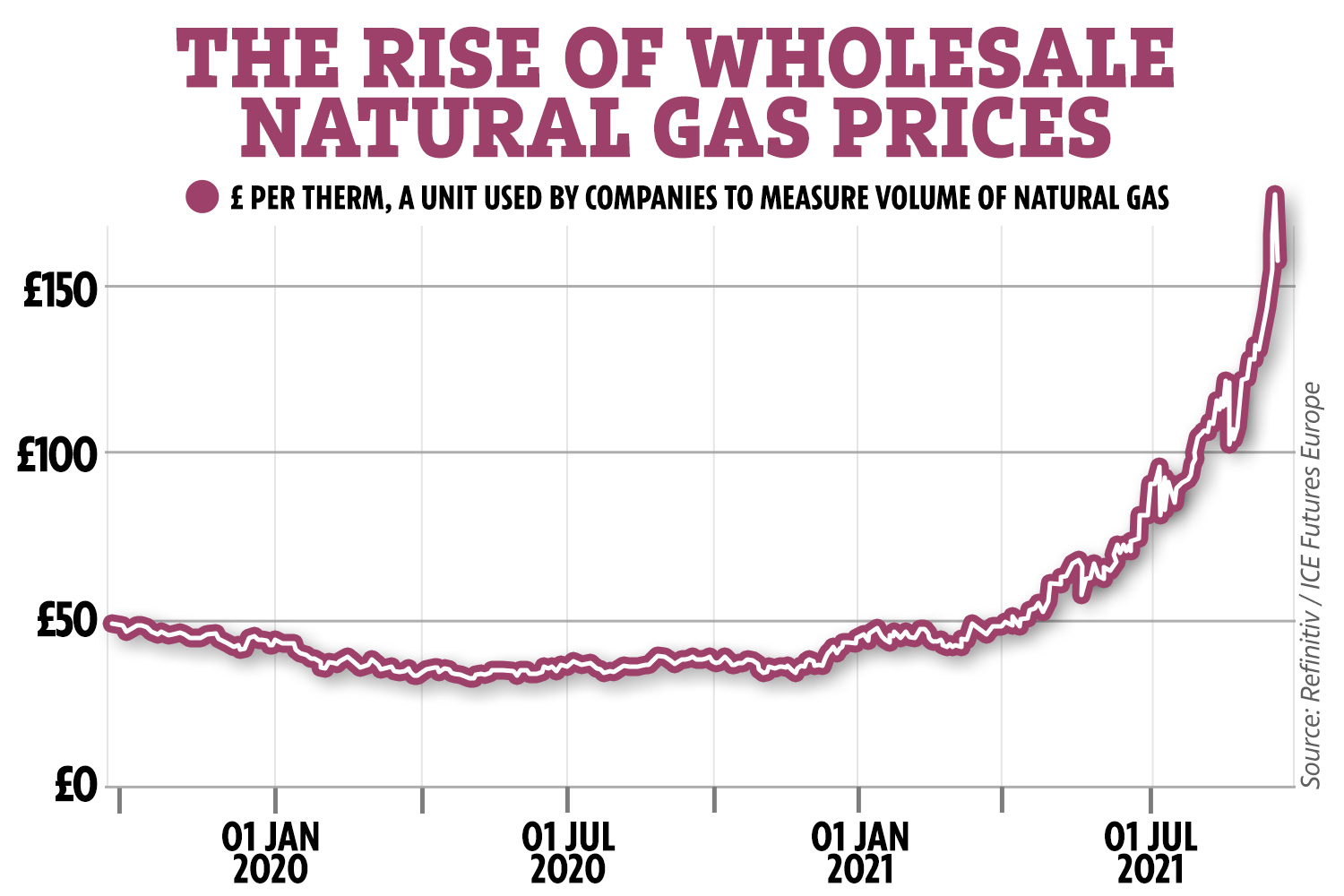 Latest figures from Ofgem show that the average forward wholesale gas price was 83.26p per therm at the end of August. That’s up from 48.29p in February.

That is passed on to households through rising energy bills. Wholesale gas accounts for around half of your energy bill, with the rest made up of operating, admin and policy costs and VAT.

The energy price cap increased by £96 in April and leaps another £139 at the end of this month.

That will bring the average annual household energy bill to £1,277.

Lack of supply is being blamed for the rise in costs. A long, cold winter meant gas reserves were already at historically low levels.

High demand from Asia, low supply from Russia, a fire affecting imported French electricity, and a lack of wind for wind turbines have all added to the problem.

Adding to the problem is the fact that the UK imports more than two-thirds of its gas. Imported energy is exposed to global price swings, which can make prices more volatile. 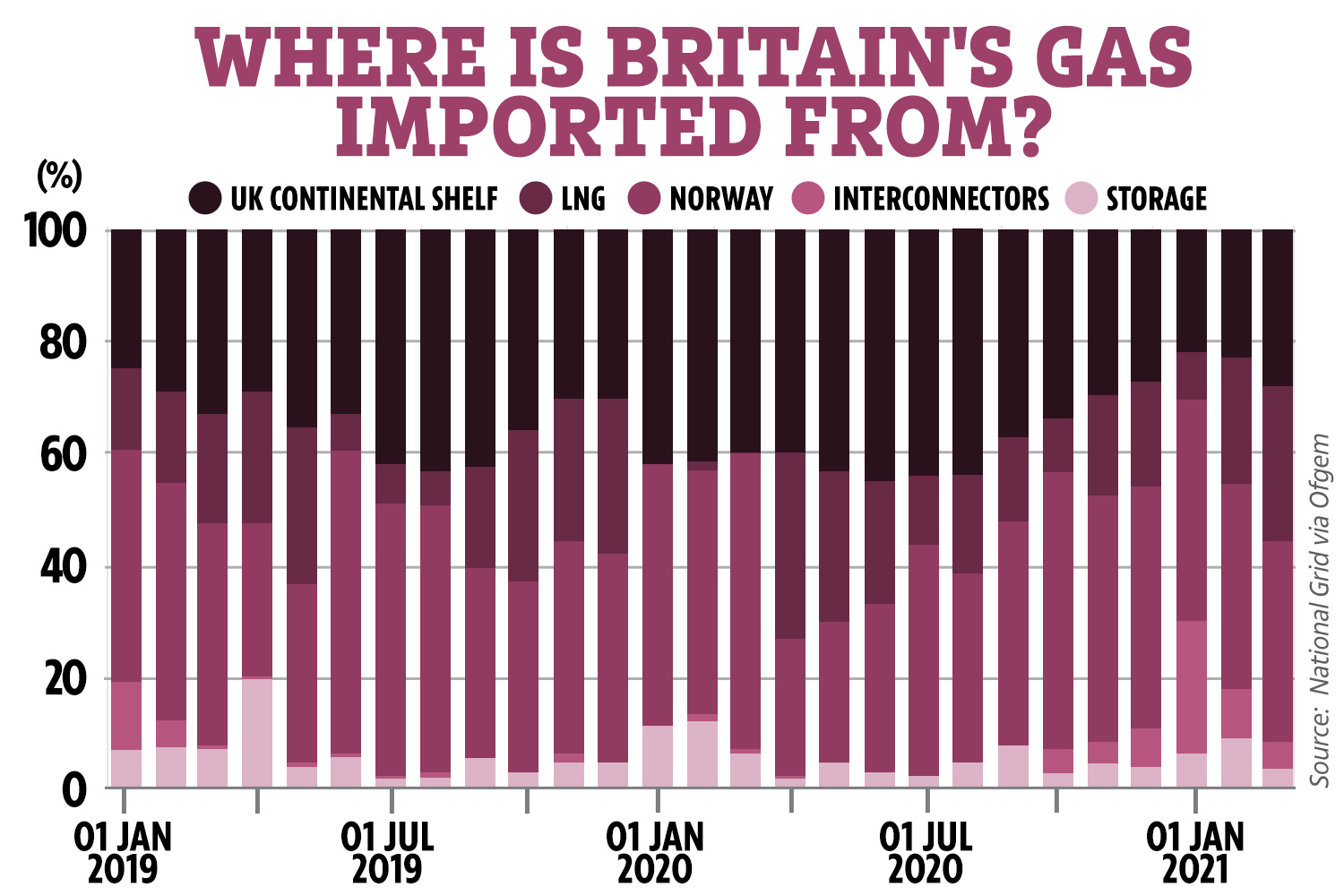 The UK gets its energy from the Norway pipeline, so-called LNG, which is liquified natural gas brought in via tankers, and interconnectors, which is a network of pipelines to Europe.

Rising gas prices have a knock-on effect on other energy sources too.

Natural gas is used to produce around a third of the UK’s electricity supply. 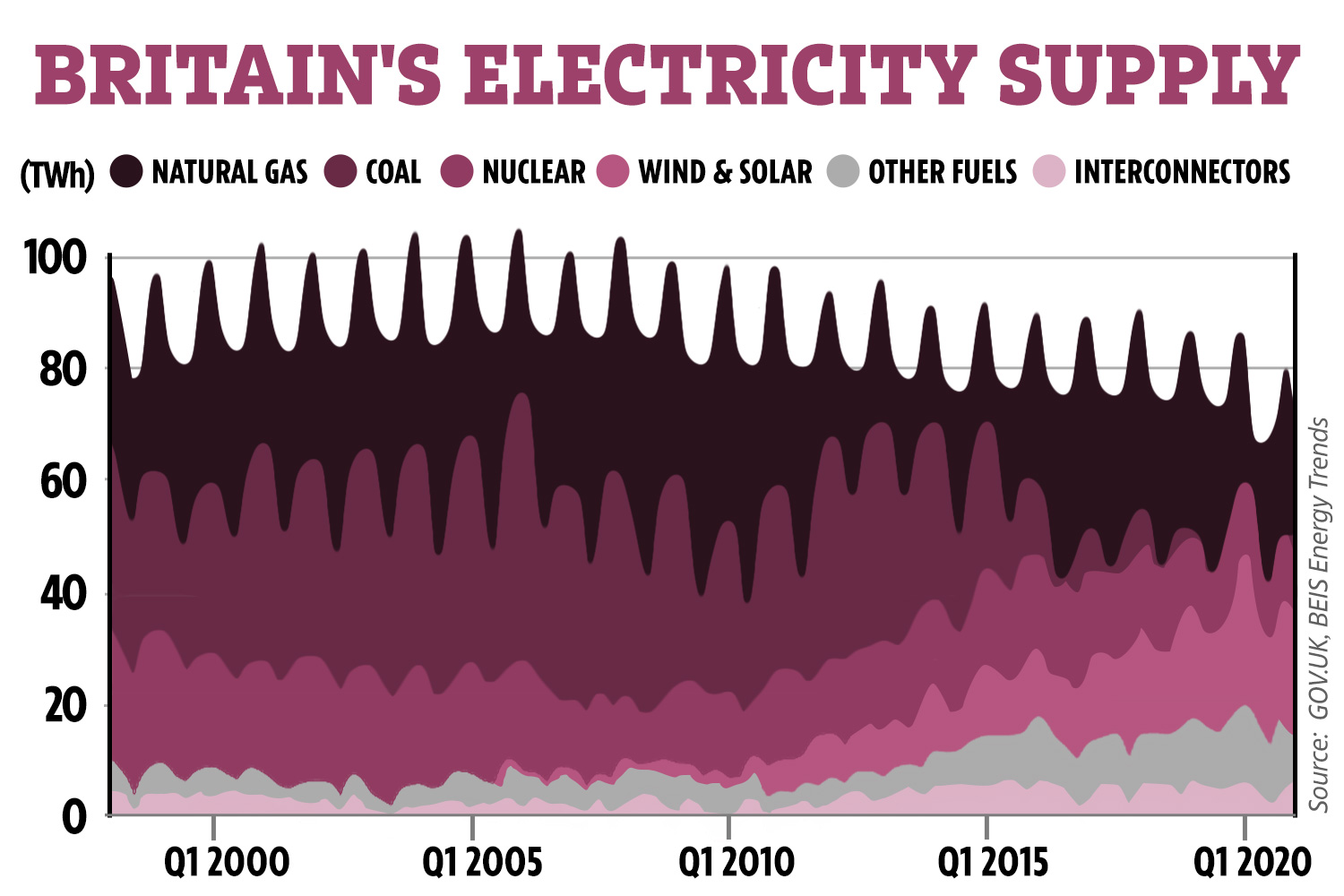 Wind and solar now account for a larger proportion of the energy used to produce electricity, but gas accounts for around 111.2 TwH of electricity a year.

As more energy providers struggle to cope with rising costs, there are fears that households could see their bills increase even further. 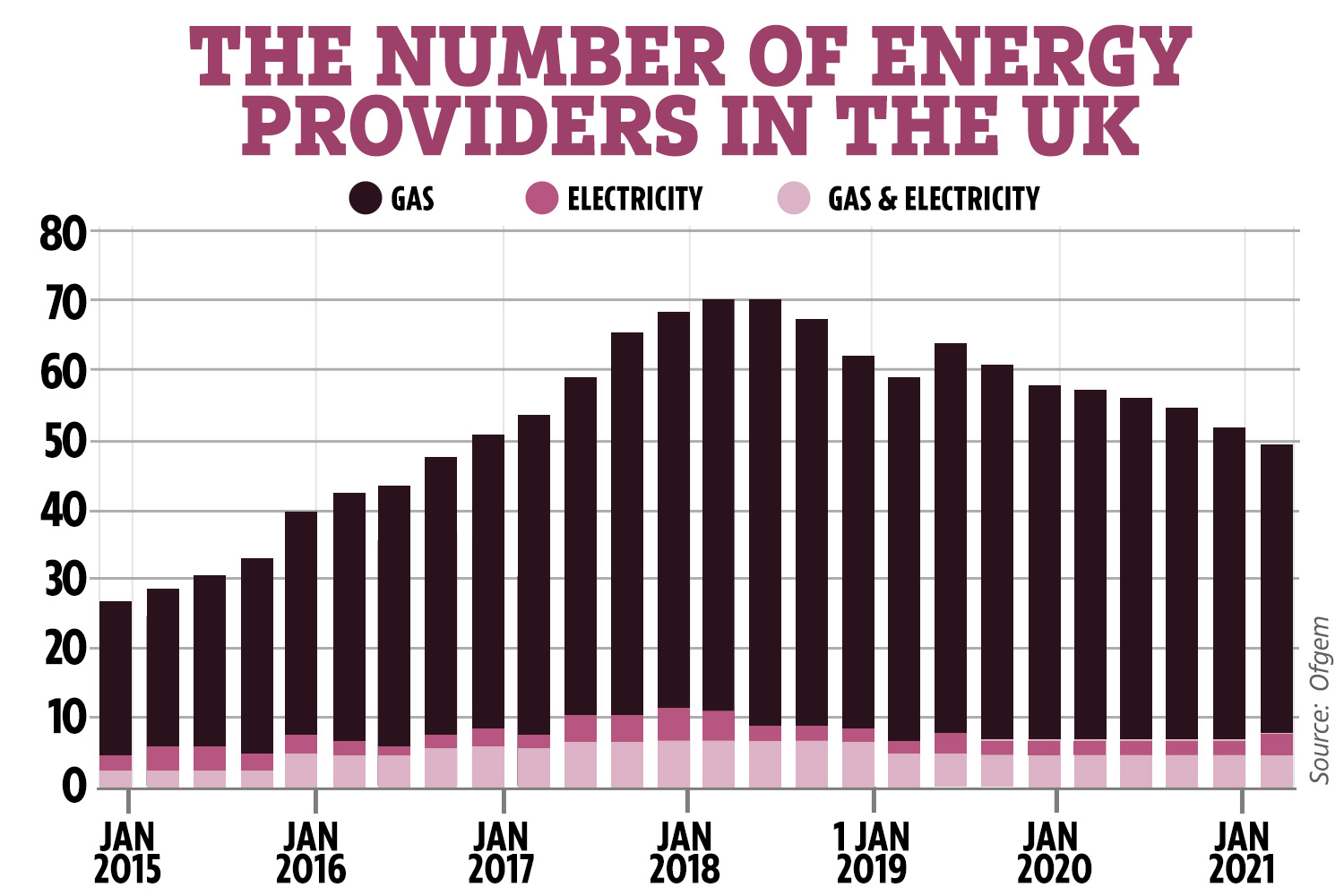 Five energy firms supplying 700,000 households have already gone bust in the past six weeks. Bulb, which has 1.7m customers, has asked for a Government bail-out.

Fewer suppliers could mean higher prices as there is less competition.

Already the number of energy providers in the UK has dropped by a third since mid-2018.

In March 2018 there were 70 providers in the UK market and that was down to 49 suppliers by March this year.