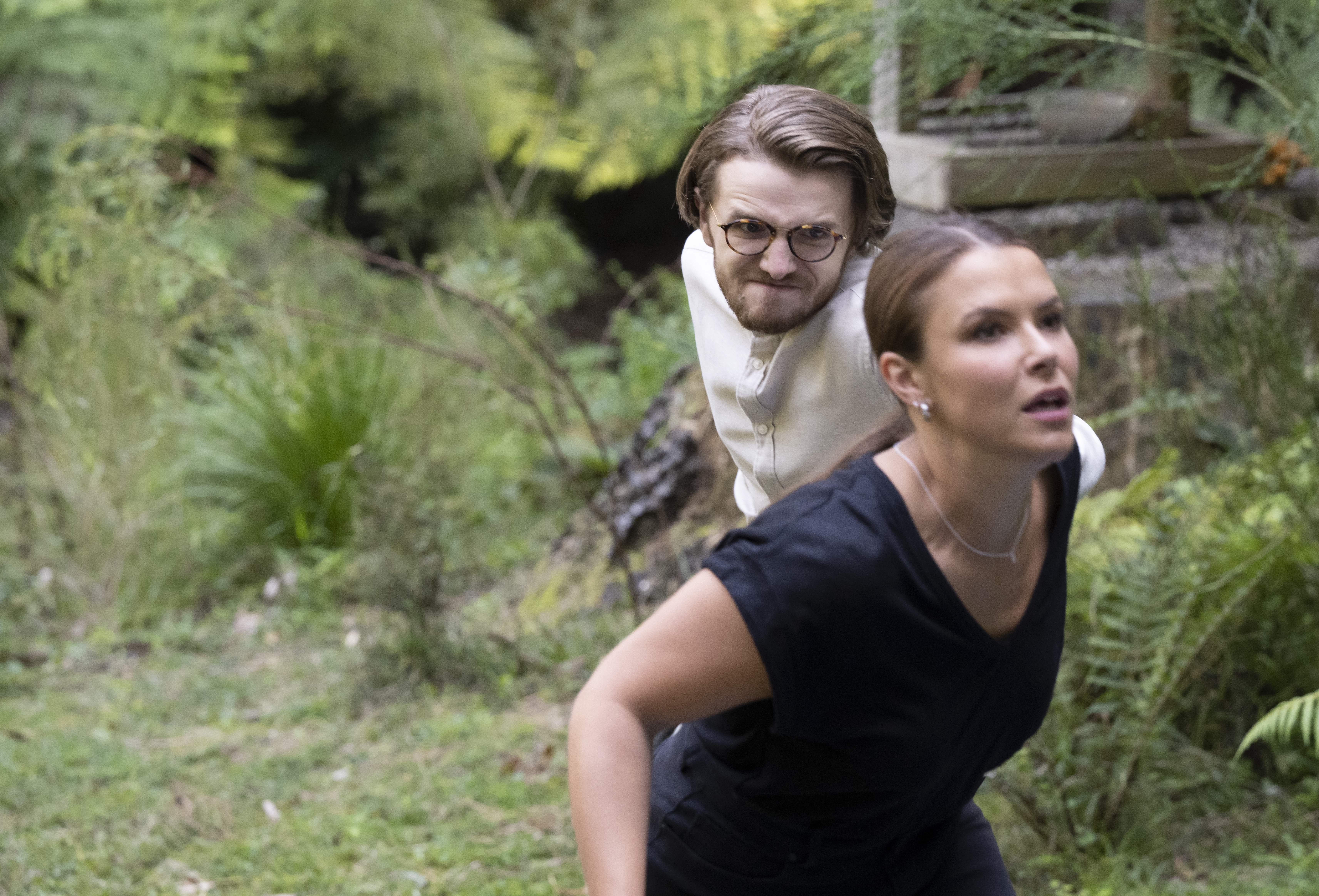 Freya Wozniak’s (Phoebe Roberts) life is on the line in Neighbours next week, as Corey Smythe-Jones (Laurence Boxhall) attacks her in a bid to stop her from rescuing Harlow Robinson (Jemma Donovan).

Corey, as viewers know, is a member of The Order, the cult that targeted Prue (Denise Van Outen). He first encountered Harlow in London, after she travelled to the UK in a bid to get away from Ned Willis (Ben Hall).

Harlow returned to Melbourne soon afterwards, but Corey followed suit, playing the role of the hopeless romantic incredibly well, as he claimed that he hopped on a plane to take a chance on what could be a good thing with Harlow.

Harlow, however, wasn’t in the right headspace to enter into a new relationship, given that she was still fighting her feelings for Ned.

It became apparent that Corey was on a mission to recruit Harlow for The Order, and thus he set about manipulating her, pretending to a be a friend to her.

The newcomer, however, has gone out of his way to isolate her from her nearest and dearest, and this week, he ups the ante, as he begins to drug her.

Harlow is feeling lethargic and out of sorts, but she has no idea what’s wrong. Corey, meanwhile, continues to isolate her from her loved ones, making himself out to be her only trustworthy friend.

David Tanaka (Takaya Honda), however, starts to have doubts about Corey’s motives, and thus Corey devises a plan to turn Harlow against her uncle. After doing so, he whisks her away on a getaway trip, determined to finish his mission.

Next week, they arrive at a secluded cottage, where Corey keeps Harlow in a drugged state.

Freya, meanwhile, has doubts about Christabel (Syd Zeiger). Christabel, as viewers are aware, is a colleague of Corey’s from The Order, who has assisted him in his mission to ‘convert’ Harlow.

She slips up, however, as she leaves Harlow’s cardigan in her car, which Freya spots, and her suspicions are piqued.

Determined to find out what’s going on, Freya decides to investigate, and ultimately, she makes a huge breakthrough, locating Harlow at the cottage.

Harlow, however, is in an addled state, and before Freya can do anything to save her, Corey shows up.

Pictures reveal the tense showdown that ensues, as Corey, determined to prevent her from sabotaging his big plan, attacks Freya with a watering can, leaving her in an extremely bad way.

Will she be okay? The jury is still out, we’re afraid!

Corey subsequently ties Freya up, and whisks Harlow off to a new location. Freya, however, manages to free herself, when David and Levi Canning (Richie Morris) find her in hot pursuit.

Will the terrific trio be able to reach Harlow in time?

Or will Corey manage to finish his plan and get Harlow away from her loved ones once and for all?

Only time will tell!