Home » Lifestyle » George Floyd’s Friends Reflect On His Life As Ex-Cop’s Trial Looms: ‘A Martyr For Us’

George Floyd’s Friends Reflect On His Life As Ex-Cop’s Trial Looms: ‘A Martyr For Us’

HOUSTON (Reuters) ― Travis Cains looks over to the spot where he and George Floyd watched the world go by when they were young.

All that’s left of the clubhouse across the street from the Cuney Homes projects where they debated sports and hip hop are two battered concrete steps now leading to nowhere. The clubhouse is long gone.

It was on those steps that Cains — who considers himself Floyd’s older brother and stuck with him through the highs of sports stardom at school to the lows of addiction and incarceration — became convinced that Floyd was destined to make his mark on the world.

“The whole neighborhood knew he would make history, but we didn’t want it to be this way,” Cains said. “But we’re breathing for him now. Floyd is a martyr for us. He will forever be a part of a movement.”

Friends and family of Floyd spoke with Reuters in the days before the trial was set to begin on Monday of former Minneapolis police officer Derek Chauvin, charged with second-degree murder and manslaughter in Floyd’s death. The Minnesota appeals court on Friday ordered the trial judge to reconsider adding a third-degree murder charge against Chauvin, a late development that could delay the start of proceedings.

Chauvin, who is white, used his knee to pin Floyd, who was Black, to the ground by his neck for nearly nine minutes on May 25 on a street in Minneapolis, where Floyd had moved from Houston. Police had arrested Floyd after a grocery store employee reported he had allegedly used a fake $20 bill to buy cigarettes. Lawyers for Chauvin say he followed his police training and contend that the fentanyl, an opioid, Floyd had recently ingested, was the main cause of his death.

Two autopsies ― one conducted by county officials and the other by independent pathologists commissioned by Floyd’s family ― determined Floyd died by homicide. However, the autopsy reports, which were both released in June last year, differed on how exactly Floyd died. 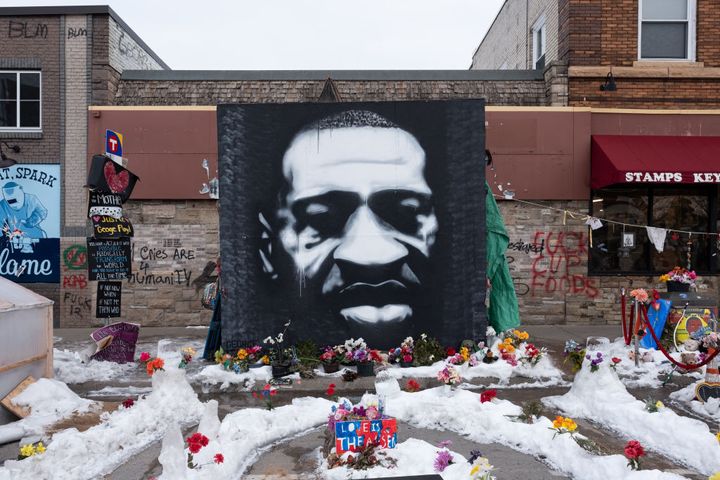 Floyd’s aunt, Angela Harrelson, lives just outside Minneapolis. As a registered nurse she said she sought to help her nephew in his fight to maintain sobriety.

Jonathan Veal, friends with Floyd since age 12, owns a management consulting business in Oklahoma City. He applauded developments such as the “George Floyd Justice in Policing Act” passed last week by the U.S. House of Representatives.

But Veal said what he finds more important are changes on the streets, where whites marched alongside Blacks to protest racism during a summer of demonstrations, and where African Americans lined up to vote in November’s elections.

Racism embedded in American institutions created segregated and impoverished neighborhoods such as Houston’s Third Ward where Floyd and Veal grew up. Systemic racism can only be truly changed, Veal said, when the people who make up those systems evolve.

Veal and three other classmates of Floyd created the “88 CHUMP” community organization — 88 was Floyd’s high school football jersey number and CHUMP stands for Communities Helping Underprivileged Minorities Progress — with goals that include getting more people registered to vote.

Cains, a retired bail bondsman, says he has devoted his life to fighting for human rights through the George Floyd Foundation.

Cains said he hopes anybody, regardless of race, can understand Floyd’s humanity.

“For the police to do him like that, it just leaves any Black man to wonder: ‘Man, does the world hate me that much? Is my skin color that bad, that you can just do us like that?’” Cains said.

Floyd “was trying to get his life right,” Cains said. “You could hear him telling the cops who killed him that ‘I’m not a bad guy!’”

Between 1997 and 2005 Floyd was in and out of jail, mostly on theft and drug charges. He pled guilty in 2009 to aggravated robbery with a deadly weapon committed in 2007 and was sentenced to five years in prison. He was paroled in early 2013.

Patrick Ngwolo, a Houston criminal defense attorney and pastor who met Floyd after he left prison, described Floyd as his “man of peace” in the Third Ward. Ngwolo said he watched a familiar narrative play out after Floyd’s killing.

“By day three after he was murdered, you already saw the debate in the media: ‘Was he a good guy? Is he not a good guy?’” Ngwolo said. “That’s shifting the narrative from ‘these killings are crazy, we have to do something about them.’”

Ngwolo believes that Floyd’s death is an inflection point for America.