Tom Brady and Gisele Bündchen to file for divorce today

Gisele Bündchen filed for divorce from Tom Brady in Florida on Friday.

“My priority has always been and will continue to be our children whom I love with all my heart,” Bündchen wrote on her Instagram Story shortly after the news broke, revealing that she and Brady have already “amicably” finalized the dissolution of their 13-year marriage.

“The decision to end a marriage is never easy but we have grown apart and while it is, of course, difficult to go through something like this, I feel blessed for the time we had together and only wish the best for Tom always,” she added.

In a statement of his own, Brady wrote on his Instagram Story that he and Bündchen made the “painful and difficult” decision “after much consideration.”

“We only wish the best for each other as we pursue whatever new chapters in our lives that are yet to be written,” he concluded.

Page Six broke the news on Oct. 4 that both parties had hired divorce lawyers and were working out details of the split, including “who gets what and what the finances will be.”

Brady began to show signs of marital strife after taking an 11-day break from training camp in August.

“It’s all personal, you know,” the Tampa Bay Buccaneers quarterback said of his hiatus upon his return to the field.

“Everyone’s got different situations that they’re dealing with.”

Days later, Page Six broke the news that Brady, 45, and Bündchen, 42, were living apart after an “epic fight” over the NFL star’s decision to un-retire threatened their marriage. 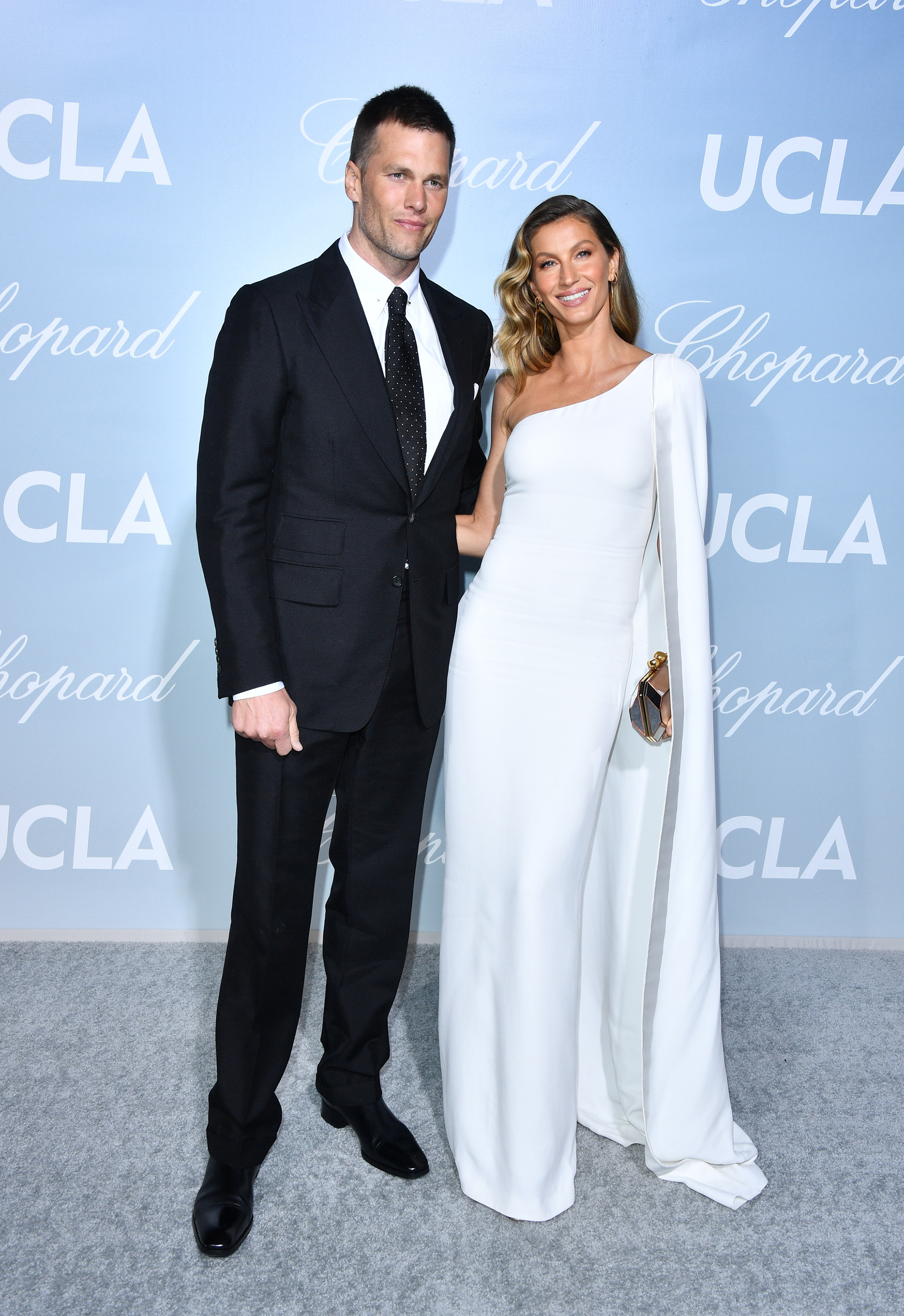 “Gisele has always been the one with the kids,” a source exclusively told us at the time. “They had agreed he would retire to focus on the family, then he changed his mind.”

Another insider added, “They have a fiery relationship. Gisele is a bit hot-headed — she has that Brazilian heat!”

Due to the tension, Bündchen fled the couple’s family compound in Tampa, Fla., for Costa Rica. 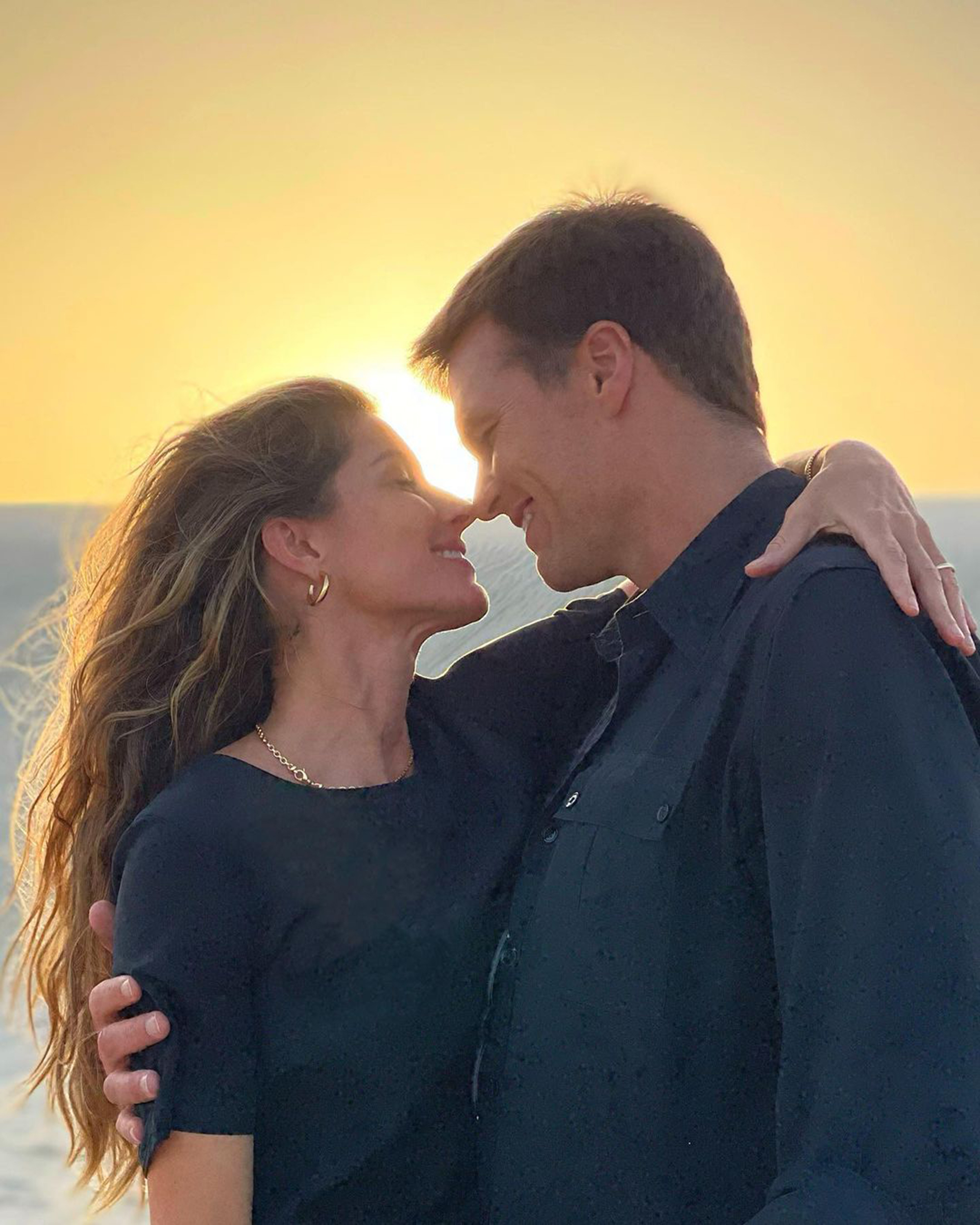 The supermodel wrote in her 2018 book, “Lessons: My Path to a Meaningful Life,” that she likes to give herself some space after contentious arguments.

“Instead of reacting in a way that I’ll regret later, I remember to breathe,” she wrote, noting that she would tell her husband during fights that they could “talk later” and she would leave the room.

“The next time Tom and I are together, we can revisit whatever we are talking about in a loving, respectful way as we always do,” Bündchen concluded. 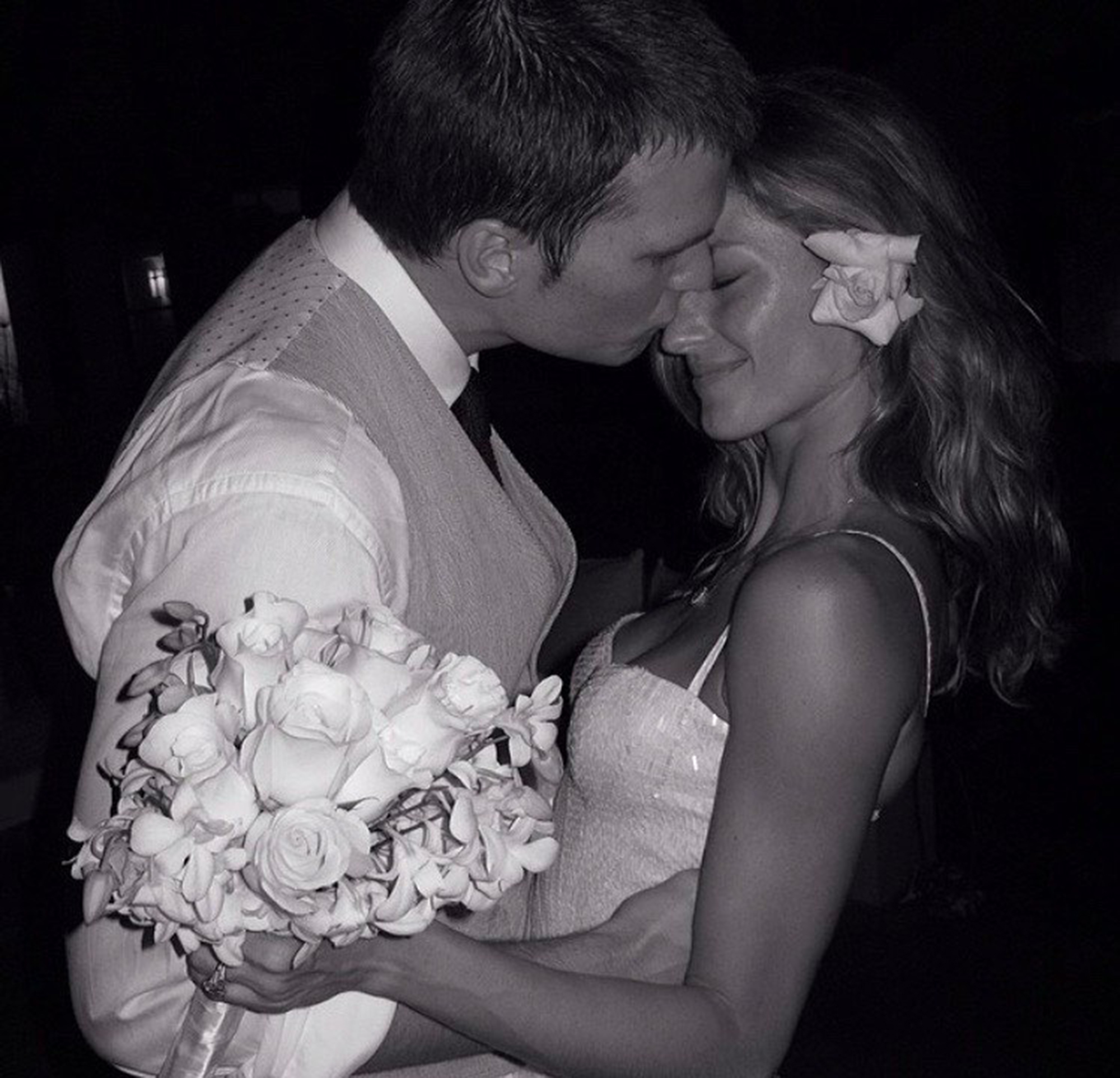 While his wife was away, sources told us Brady was focused on being a “super dad” to his and Bündchen’s two children together, Benjamin, 14, and Vivian, 9, as well as his eldest son, Jack, 15, whom he shares with ex Bridget Moynahan.

“He’s very sad at the moment,” a source previously shared. “It seems that Gisele gets mad and says things like she’s leaving him, but in the past, they’ve always made up. But maybe this time it is more serious.”

Brady and Bündchen wed in February 2009 in a private ceremony in Santa Monica, Calif. 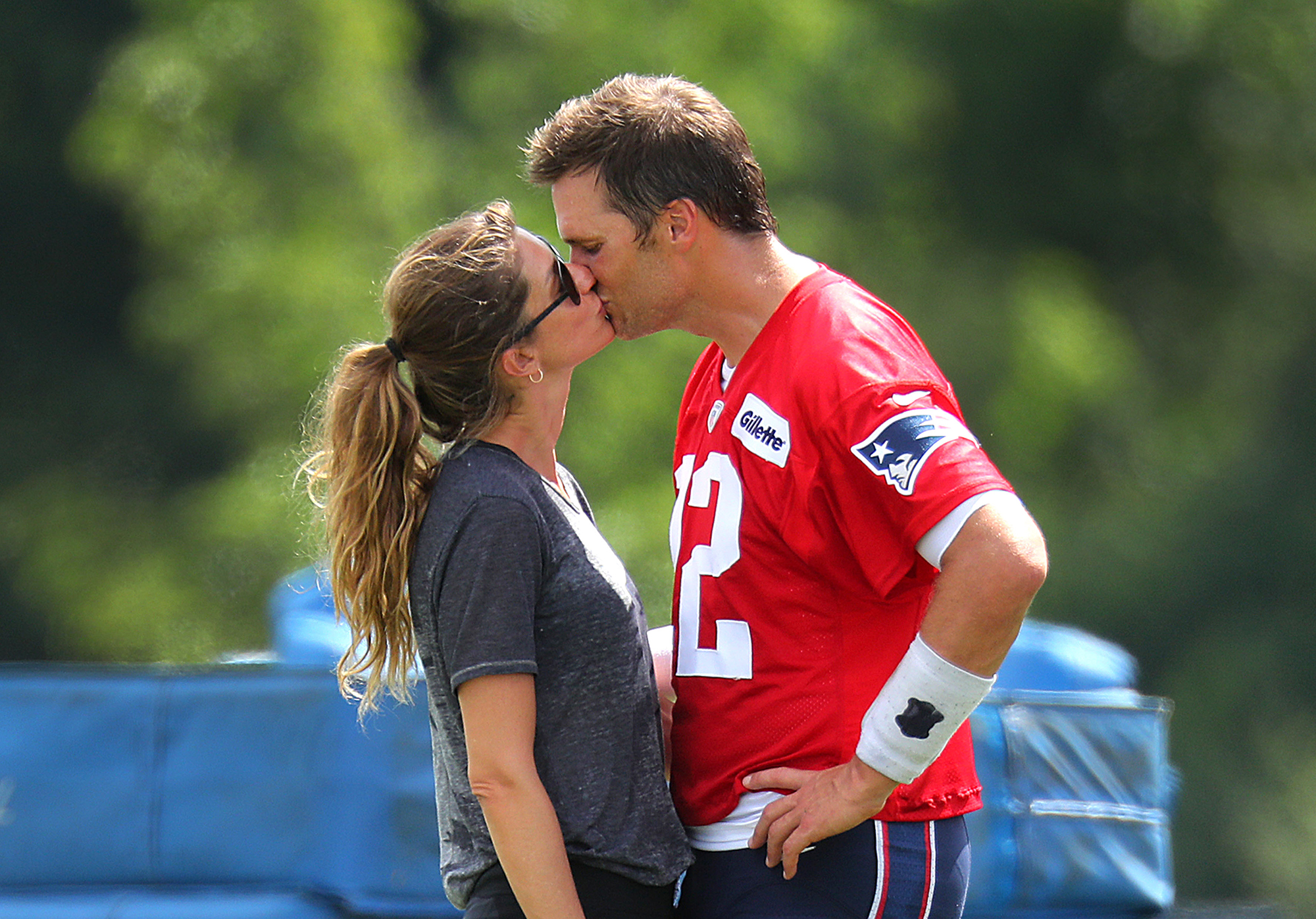 The former Patriots quarterback honored their 13th wedding anniversary this year with a post on Instagram that read, “13 years ago, we both said ‘I do’ ….and you have been the best thing that ever happened to my life.

“I love you more now than I ever could have imagined. You are the best mother and wife and supporter in the world and I am blessed to call you my wife. Te amo muito meu amor, happy anniversary @gisele.” 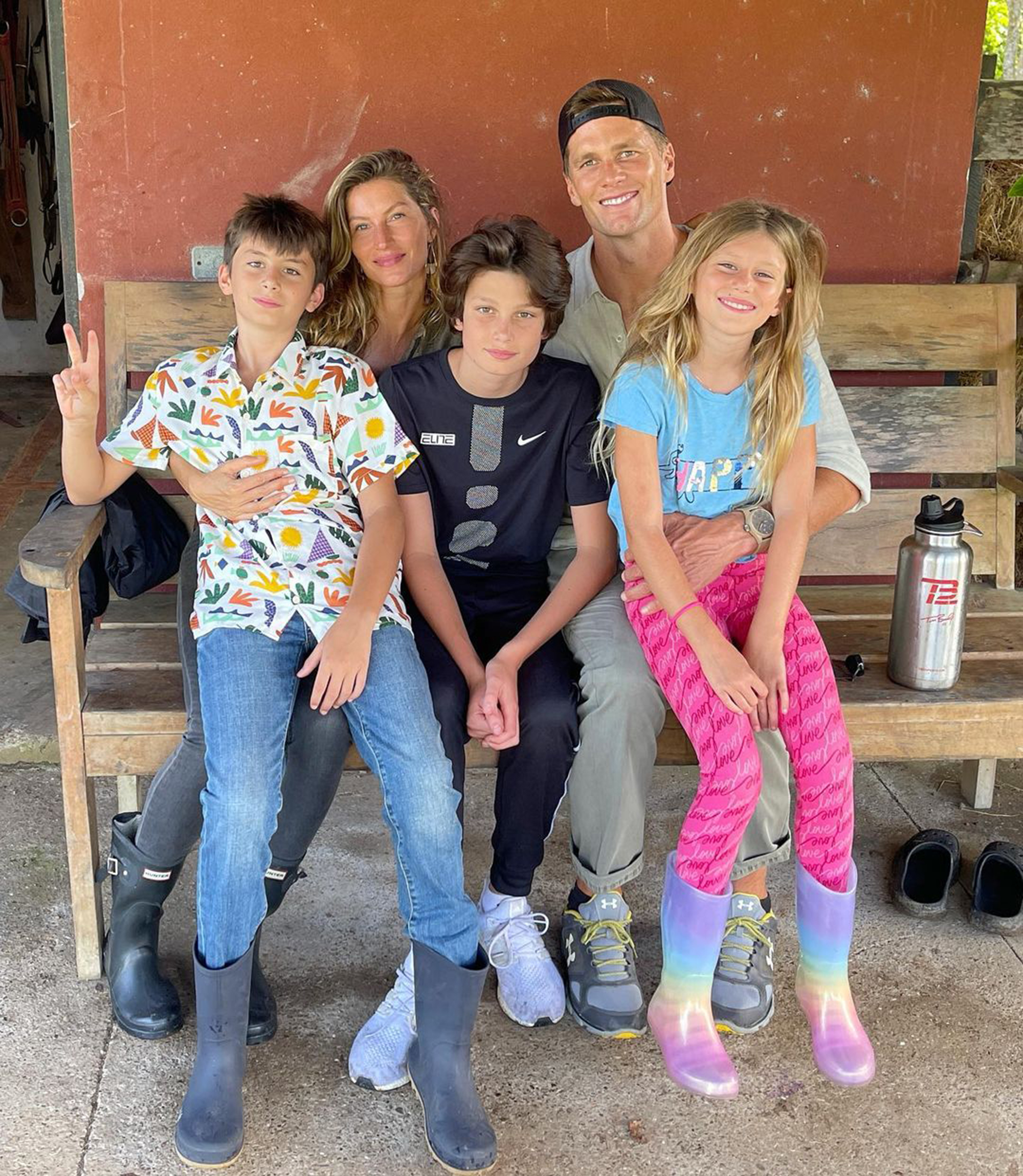 However, the marriage hasn’t always been a “fairy tale,” as Bündchen herself pointed out to British Vogue in May.

“I don’t think relationships just happen; it’s never the fairy tale people want to believe it is,” the former Victoria’s Secret Angel said at the time. “It takes work to be really in sync with someone, especially after you have kids.”

In April 2020, Brady himself confessed to Howard Stern that Bündchen had not always been completely “satisfied” with their marriage. 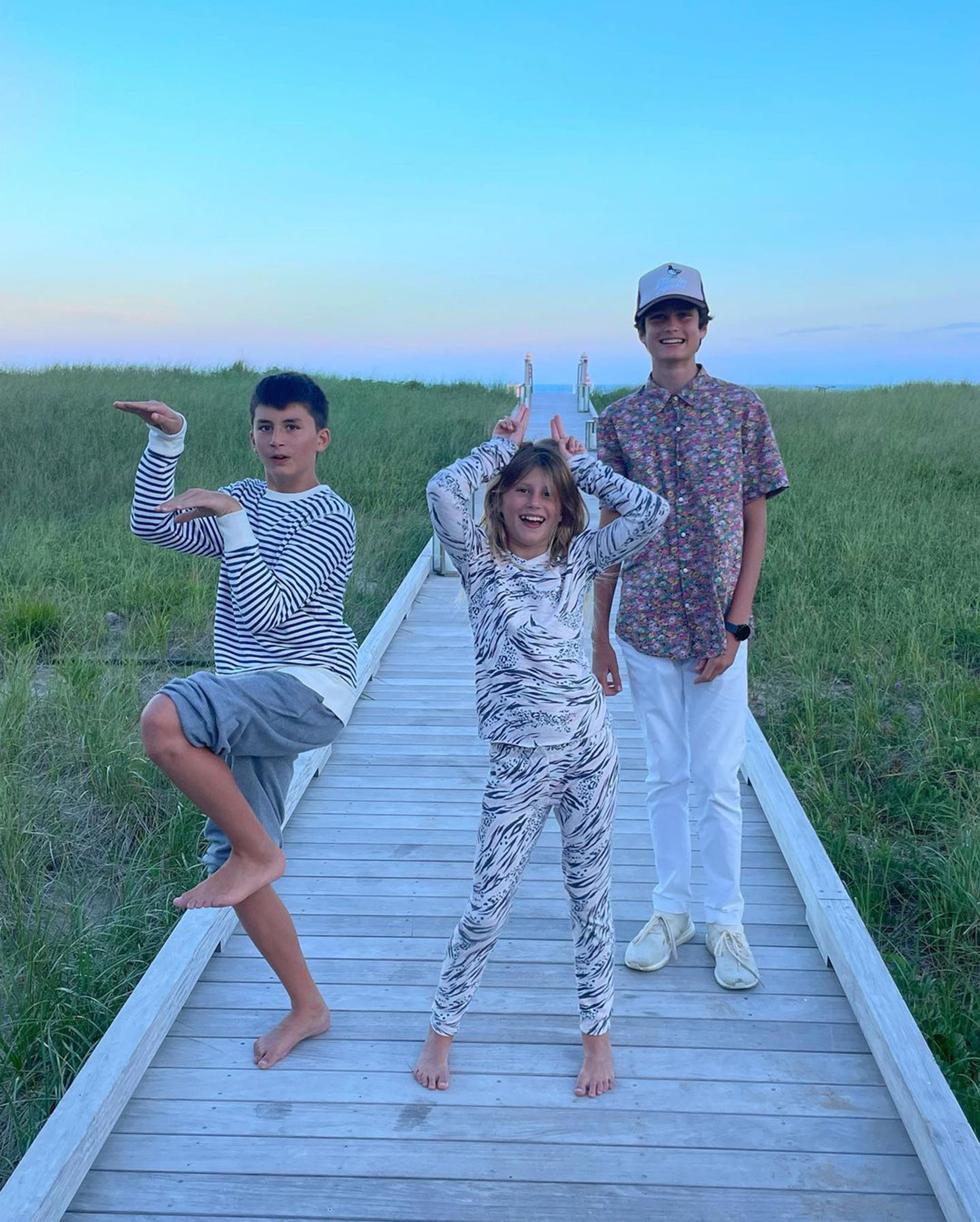 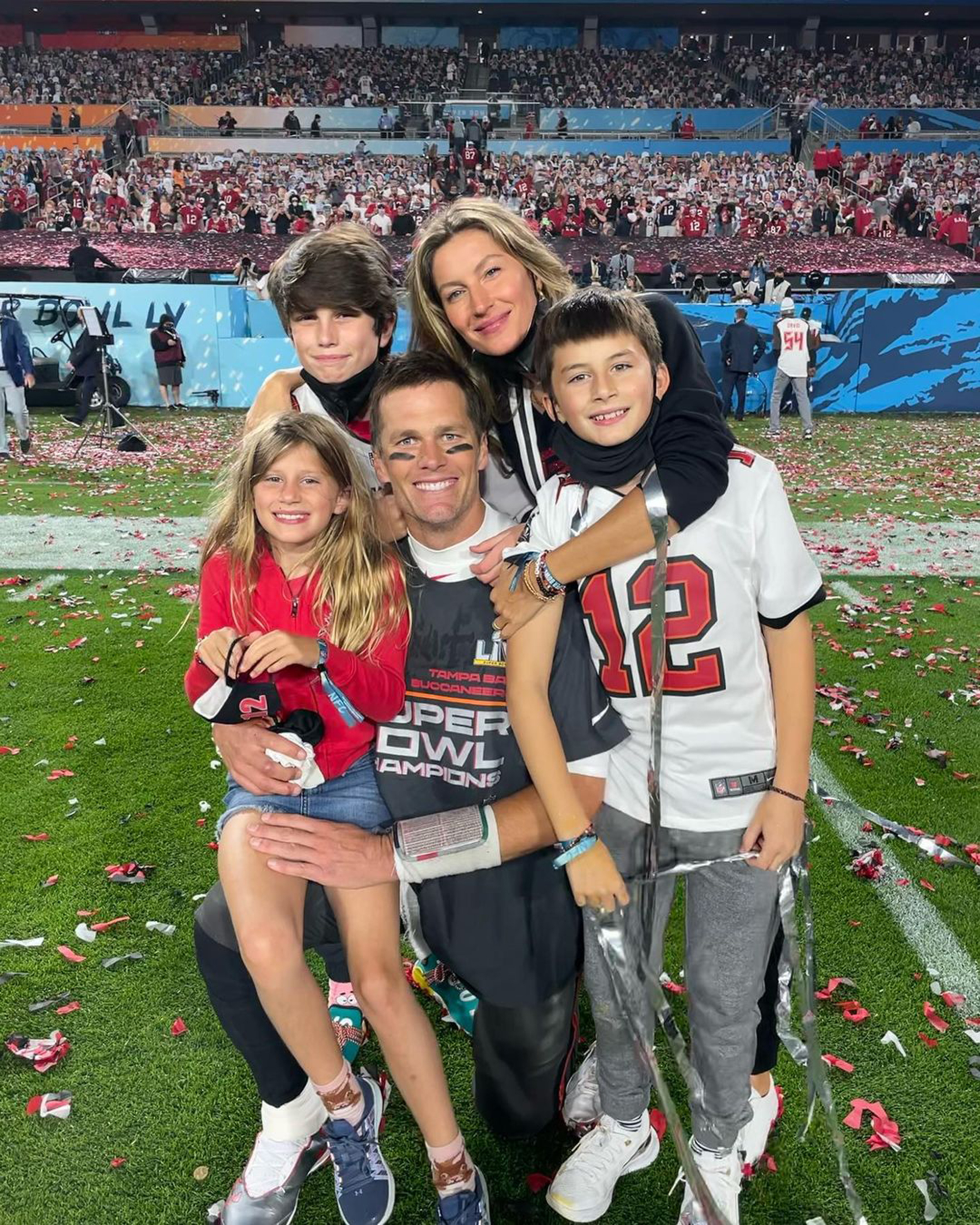