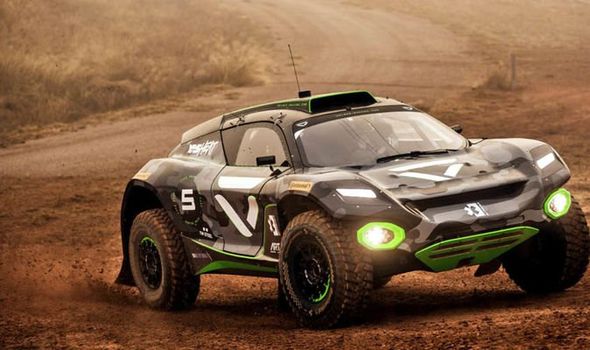 Seven-times Formula 1 world champion Lewis Hamilton has a team that will compete against one led by fellow former champion Jenson Button who will be the contest’s most famous driver.

Another former Formula 1 world champion, Nico Rosberg, will have a team competing in a series that will see the Odyssey 21 model also race in Senegal, Greenland, the Brazilian Amazon and Tierra del Fuego in Argentina.

Each of the 10 teams will have a male and female driver, both racing over a five-mile track in cars that can go from 0-62mph in 4½ seconds and reach a top speed of 125mph.

The race locations are all off-grid but the cars will be charged by a hydrogen fuel cell developed by Surrey-based AFC Energy.

Unlike traditional diesel generators which pump out greenhouse gas emissions and dangerous particulates, the fuel cell will only emit water. 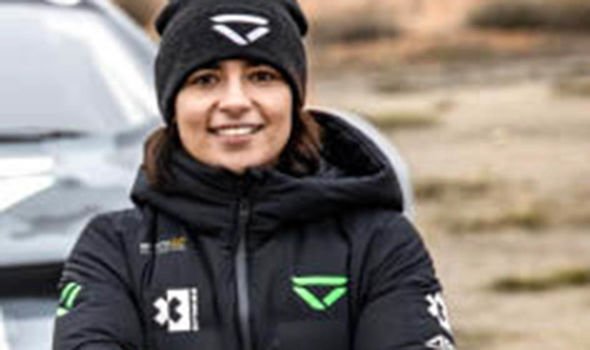 The cars can be charged in two hours from a battery which will be topped up round the clock by the fuel cell.

The vehicles are being carried on a converted former Royal Mail passenger cargo vessel, St Helena, which will also serve as a year-round floating laboratory for climate change research.

At each location, the teams will take part in measures to help the environment.

Climate Resilience Project, plant mangroves in Senegal, work with Unicef to educate schoolchildren in Greenland on the impacts of climate change and plant trees in the Amazon.

Launching his X44 team last autumn, Hamilton said: “We are going to have the opportunity to raise awareness of the most critical environmental issues facing our planet and work closely with each community to leave behind a positive local legacy.

“Extreme E will also advance sustainable technology that I hope will one day trickle down to everyday use.” 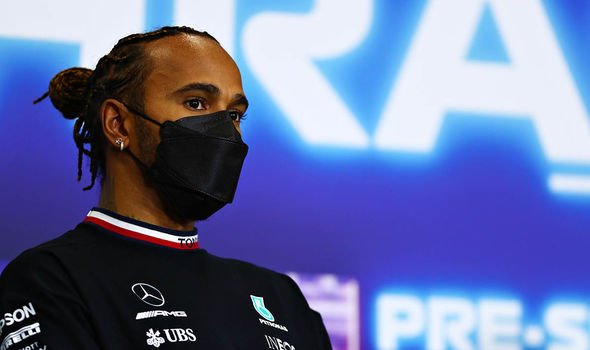 Button said: “In Extreme E they’ve created a product that will offer first-class racing and entertainment to the fans, but also serves to highlight the impact of climate change.

“Whilst we will of course compete to win on track, as a collective we will also work to maximise awareness whilst racing in places that have been damaged or affected by climate change over the years.”

He told the BBC: “The cars are four-wheel-drive monsters, and the format’s a bit like Star Wars pod racing.

“The future will definitely be electric – you can’t have every single road car electric and have fuel-guzzling race cars.”

He added: “Owning a team makes me very proud. But I couldn’t just put my name to it, I had to go and drive it.”

At Veloce Racing Miss Chadwick, who is also a Development Driver for the Williams F1 Team, said: “Although I’m still only 22, I’ve raced quite a few different types of car during my career to-date – but Extreme E really is something unique.

“Electric technology is unquestionably the future for our sport, as it is for the automotive industry in general.

“The first time I drove Veloce Racing’s Odyssey 21, I was blown away by its power and performance – the torque and instant acceleration are eye-opening to say the least.

“This car is a fantastic advertisement for the potential of electric technology and proof that going fast and looking after the environment do not need to be mutually exclusive.

“I think what Extreme E is doing to highlight some of the worst effects of the climate crisis – by shining a spotlight on diverse environmental issues in some of the most spectacular and remote locations on the planet – is hugely important.

“I’m hopeful that by using the platform of such an exciting and innovative sport, we can truly broadcast this vital message far and wide and inspire people all around the world to drive change.”

Veloce says it was the first and is – to-date – then only team to sign up to the UN 5 Principles of electrification, environment, equality, e-sports and entertainment. It has also joined forces with a carbon measurement and offset partner in Allcot.