The federal government’s latest round of RISE arts funding has gifted almost a million dollars for a revival of stage musical The Secret Garden and $600,000 for the COVID-ravaged national tour from US rockers Guns N’ Roses, while also focusing on regional music festivals and tours.

The sixth batch of grants from the government’s divisive $200 million Restart Investment to Sustain and Expand (RISE) Fund, Tuesday’s announcement found 63 organisations sharing in over $19.5 million in funding. 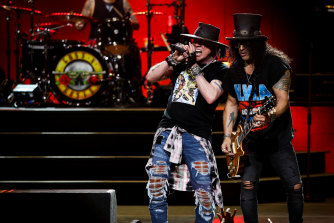 In NSW, the key recipient was theatre producer Crossroads Live who received $956,771 to return the 1991 Tony-winning musical The Secret Garden to Australia for the first time in 25 years in a “reimagined interpretation for a new generation”.

The Sydney Festival received $600,000 for the world premiere of an all-Australian stage adaptation of the 1984 kids’ movie The Neverending Story, and music promoter TEG Dainty also received $600,000 in rescheduling assistance for its COVID-delayed tour of rock band Guns N’ Roses.

In Victoria, key funding went to Melbourne International Festival of the Arts’ RISING which received $575,000 for its event The Wilds which will transform the Sidney Myer Music Bowl into a “winter art park and live music hub for thousands to enjoy”.

The Red Stitch Actors Theatre also earned $550,000 to help “deliver plays, hospitality-partnered readings, a festival and creative developments with metropolitan, regional and online outcomes”, and the Melbourne Chamber Orchestra $390,000 for its 2022-23 program of concerts and events. 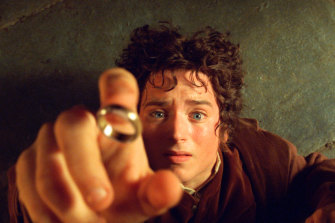 A stage adaptation of Lord of the Rings received $890,000 in funding.

In South Australia, $890,000 was allocated to theatre producer GWB Entertainment for a stage adaptation of Tolkien’s epic The Lord of the Rings.

The latest batch of funding also included a strong focus on “supporting regional and remote communities”, with $1 million going to reviving Queensland’s popular country music festival Gympie Muster. The festival, which is held at Amamoor Creek State Forest, had been cancelled for the past two years due to COVID.

Federal Arts Minister Paul Fletcher said the funding’s objective was to ensure that as states and territories open up following the vaccine rollout, “arts companies, promoters and festivals are ready to go”.

“This is an important stage in the resurgence of Australia’s arts and entertainment sector, with this targeted RISE funding providing an opportunity for venues to reopen to audiences; curtains to rise; and performers to come back on stage to a welcoming roar of applause,” Fletcher added.

The government’s handling of its RISE arts rescue funding has come under scrutiny, largely due to its significant contributions to large-scale, commercial events – and fears that the government is playing favourites over what art forms and events are supported and what’s left to struggle.

Significant funding has also included $1.4 million for a Shaun the Sheep circus show, and a double-dip for Ryan “The Brickman” McNaught of Nine’s Lego Masters fame who received over $1.4 million combined for his LEGO exhibition Jurassic World and a national tour of his favourite Lego sculptures.

In a recent report in this masthead, one critic suggested RISE was “a Trojan horse for moving federal funding into a much more commercial mindset”, while others lamented RISE’s intrusion on the traditional funding role of the Australia Council.

Minister Fletcher, however, rejected such criticism and defended the funding’s “very conscious focus on accessibility” and economic activity.

“RISE has absolutely been about the arts and creative activity, but it’s also been about economic impact … it’s an arts program but with a twist, and the twist is No.1 about supporting our national economic response to COVID,” he told this masthead.