Home » Holby City review with spoilers: A dark secret from Hanssen’s past

Holby City review with spoilers: A dark secret from Hanssen’s past 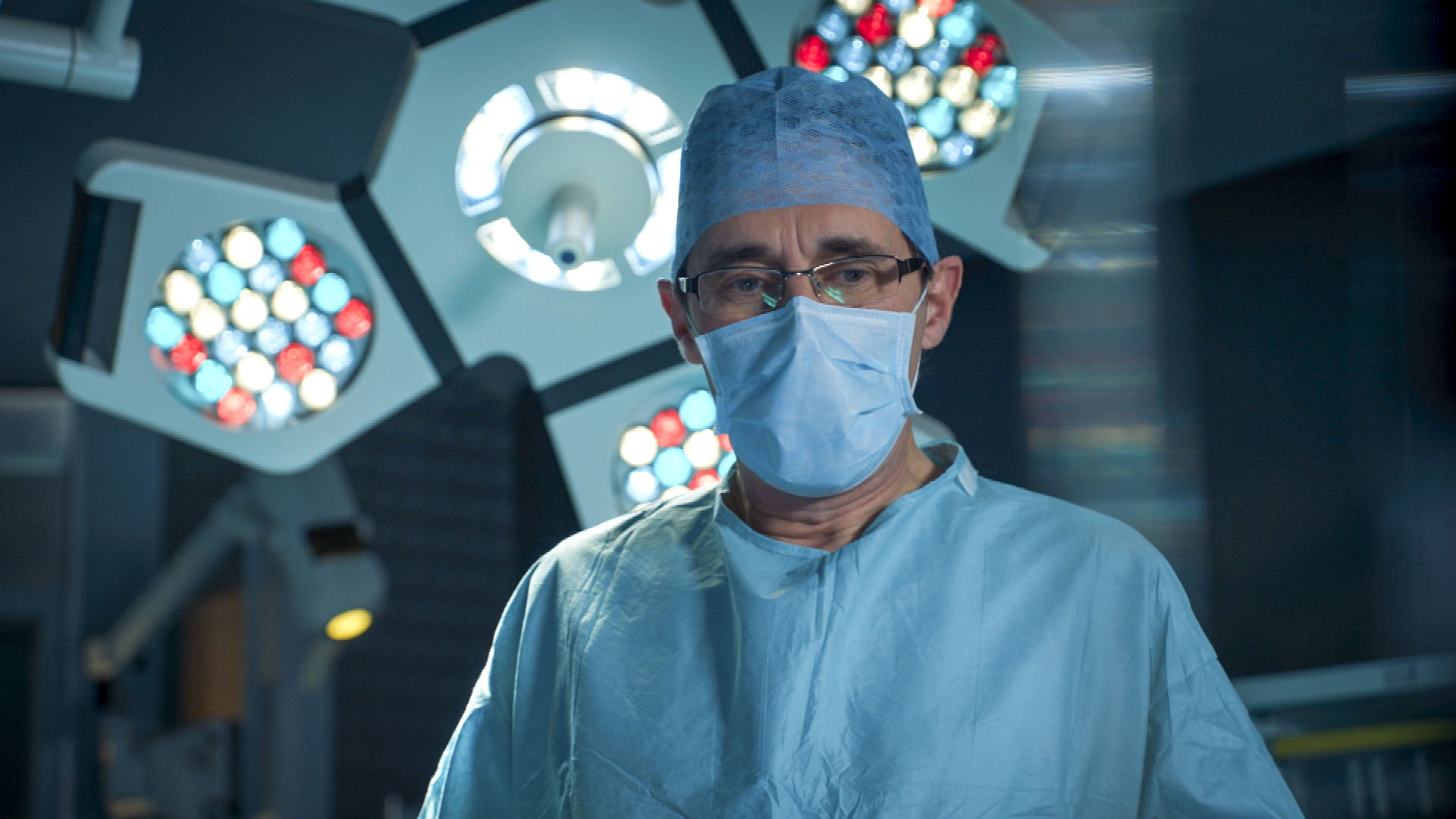 Tonight’s Holby City marked the start of a traumatic storyline for Henrik Hanssen (Guy Henry), when an old face from his past brought up some distressing memories.

Reyhan Shah (Raad Rawi) was the father of new Darwin consultant Sahira (Laila Rouass) – and he had a very poorly liver. The minute that Hanssen saw him his reaction was very odd. There was clearly history there and not pleasant history either, but it seemed to be explained when it was mentioned that Reyhan had taught Hanssen’s son, Fredrik.

Remember that Fredrik is the person who went on a shooting spree in the hospital in 2017, killing Raf Di Lucca and injuring Jac Naylor and Oliver Valentine, and you can see why Hanssen wouldn’t want to spend time reminiscing about him.

But there was more to it than that. Hanssen tried to avoid operating on Reyhan, but Sahira forced him into it by starting to do it herself so Hanssen had no option but to take over. When he did, his hand was shaking so much he dropped a scalpel.

A conversation between Hanssen and his patient at the end of the episode hinted at the terrible truth. Reyhan told Hanssen that Fredrik was ‘always such a troubled boy,’ and wondered why Hanssen had taken him out of the school where Reyhan taught. Hanssen said he’d been protecting his son: ‘You know what from.’

But it seems that Fredrik wasn’t the only person at risk from Reyhan. ‘Henrik, you were always my special boy,’ the older man said. Hanssen had to rush from the room and was overcome by a panic attack. Did he suffer abuse from Sahira’s father?

As soon as Bobby Edwards (Callum Callaghan), the cyclist who ran over Xavier, revealed to Cameron (Nic Jackman) that he recognised him from the scene of the accident we knew his days were numbered. Cameron just wouldn’t risk everything being revealed. So Bobby became his latest victim as he injected potassium into his cannula. Bobby looked straight at Cameron as he died.

The person I really feel for in all this is Nicky (Belinda Owusu), currently unaware that her boyfriend and the father of her unborn baby is a killer. She just thinks he’s a twonk, which is bad enough, but if she knew the truth she’d be devastated.

He’s already used the pregnancy as a cover for being weird around Bobby Edwards, by making an announcement to the whole ward (taking Nicky completely by surprise) and telling them his head was spinning from the excitement of it all. ‘I’m not going to have my kid being used as some prop in the Cameron Show,’ Nicky told him, shortly before letting Cameron manipulate her into having a quiet night in that didn’t include Chloe (Amy Lennox).

Possibly the only person at Holby with fewer friends than Cameron at the moment is Dominic (David Ames). His decision to sue the hospital over his life-altering accident has got a lot of people turning against him. Ange (Dawn Steele) is doing her best to stand by him but he’s not making it easy for her. He’s not making it easy for the hospital’s solicitors either, as he’s planning to go for as much money as he can get.

And a flicker of happiness for Donna (Jaye Jacobs) was swiftly snuffed out in some bitter-sweet scenes. Alex (Miles Mitchell) surprised her by leading her with a ribbon to a little grotto he’d created with fairy lights. He wanted to give her ‘one perfect afternoon,’ he told her.

Despite the fact that they’ve been getting on so well and they make each other happy, Alex has decided that the ghost of Xavier is always going to be there between them, and therefore he’s not the man for her. Oh, good grief. Please allow at least one person to be happy for more than a week.

Sue Haasler is the author of five novels and the official BBC Holby City book, which you can read about here.

Join the community by leaving a comment below and stay updated on all things soaps at our homepage.