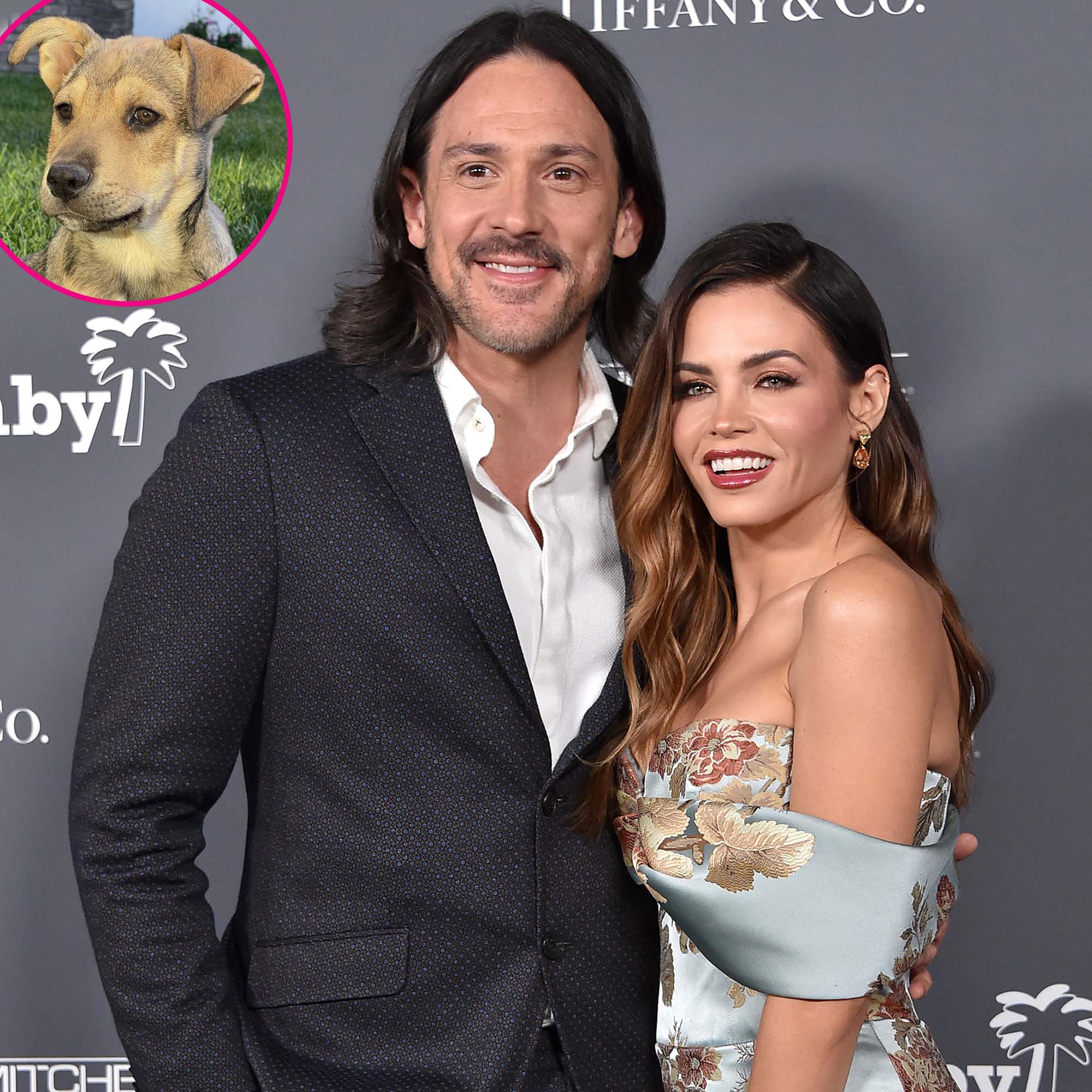 “World meet Wylie! Wylie was part of a litter rescued from the side of the street by the incredible @wagmorpets,” The Rookie actress, 41, wrote via Instagram on December 2. “He is the perfect fur baby birthday gift from @stevekazee and the best holiday gift for our family. We are in love!!”

Dewan, who has used Wagmor Pets in the past for adopting, played a role in picking out the family’s new member despite Wylie being a gift from her fiancé.

“Steve and Jenna have been long time friends and supporters,” Wagmor Pets owner Melissa Bacelar exclusively told Us Weekly. “They are huge dog lovers and would never consider anything but adoption when looking for a new family member. Steve has been DMing for the past couple of months about puppies. His dog [Violet] passed away recently and he has been slowly contemplating the idea of a new baby.”

Bacelar noted that she’s also met the family. The Broadway star, 46, has brought the couple’s 21-month-old son, Callum, to meet the pups, as well as Everly, Dewan’s 8-year-old daughter whom she shares with ex-husband Channing Tatum. 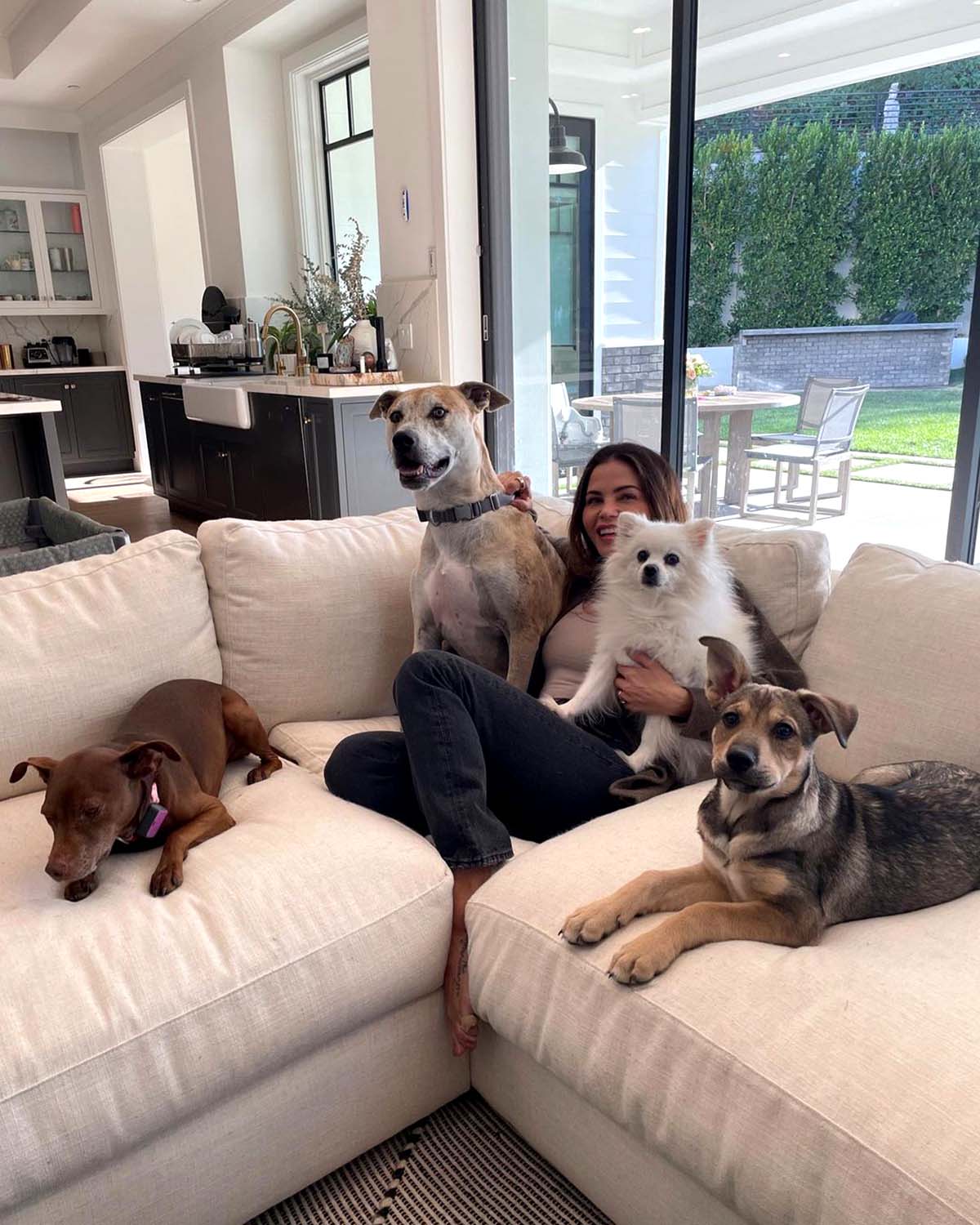 “This time he asked Jenna to come in too. I figured it was serious,” she explained. “They came as a family twice to meet little Wylie. They watched his story … his entire family was dumped on a property in Barstow [California].”

She added, “They left after playing for quite a while and the next day, Steve asked if [Wylie] was still available. I said yes and a few minutes later Jenna texted and said, ‘I am so sad Wylie was adopted.’ I wrote back, ‘??? No? He is available. I told Steve.’ She started laughing and knew that meant Wylie was her birthday present!”

Celebrity Pets That Have Their Own Social Media Accounts

Dewan shared the news with her followers earlier this month, along with photos of their newest family member with their three other dogs. “Wylie is the sweetest little ball of love and has quickly stolen our hearts,” the Step Up actress wrote via Instagram. “Thank you Violet and thank you @wagmorpets for bringing us this little angel. We will forever be grateful!”

Wagmor Pets has had a slew of celebrities adopt from them in the past including Ellen DeGeneres, Jennifer Aniston, Miley Cyrus, Chrissy Teigen, Ariana Grande and Lucy Hale.

“Our whole staff is accessible and we all jump at the chance to find a perfect dog for every family,” Bacelar, who has been rescuing dogs for 18 years, told Us. “We are located a block away from CBS Studios in Studio City [in California] so celebrities literally walk by and see a clean, fun and safe place to hang out with cute dogs.”

The international nonprofit organization’s founder said that “adoptions are way up” right now during the holiday season, but more than anything, Wagmor is looking for more families to foster dogs and puppies that are sitting in yards in the cold, making them “susceptible to illness.” 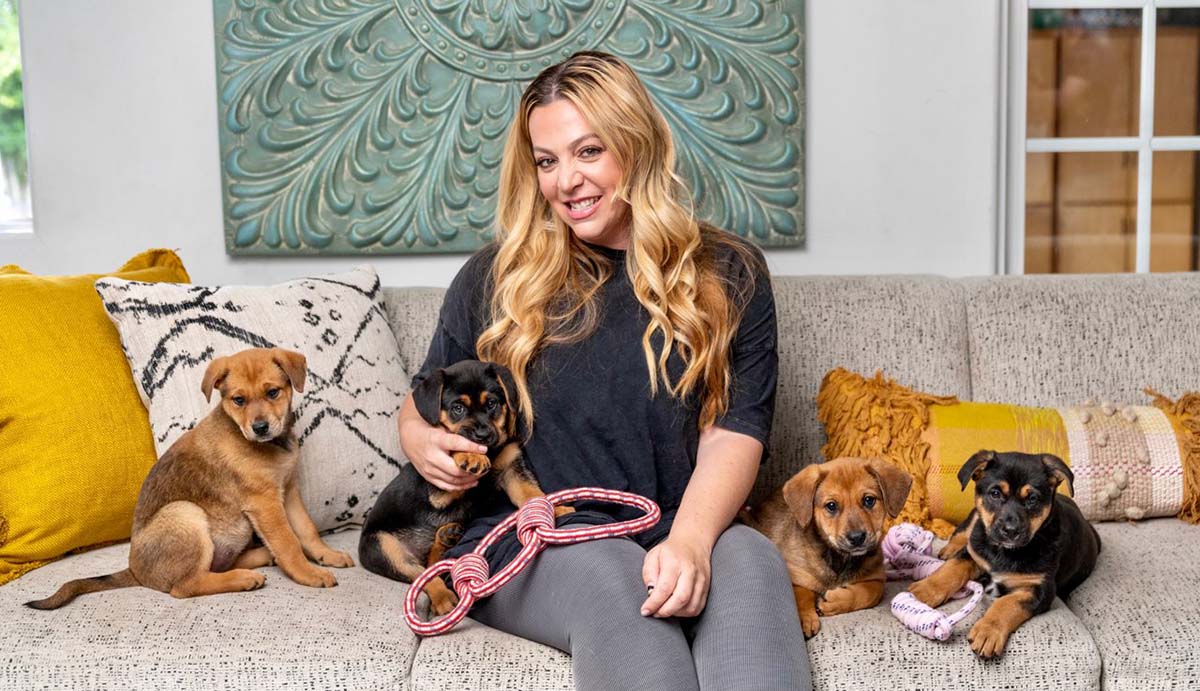 In an effort to bring more awareness to furry friends in need, Wagmor recently launched a new series of videos called “Why We Rescue,” which can be found on Wagmor’s Instagram. Wagmor Pets has rescued more than 4,000 dogs since the COVID-19 pandemic began in March 2020.

“What keeps me going are the unbelievably magical moments where I get to witness a dog who went from near death to a home with Jenna Dewan and Steve Kazee,” Bacelar shared. “Truly, my heart swells and I think it’s because I am present the exact second I am told the dog will die if we don’t help. … On December 22nd, I drove to LAX to pick up 10 dogs [from Guadalajara] in my SUV. They were terrified. Within three days seven of those dogs were adopted to amazing families that couldn’t wait to love them. They would have been hit by cars or worse. … And that is ‘Why We Rescue.’”

For more information or to donate, visit the website: www.wagmorpets.org.