How to talk to your child about violence in mainstream culture 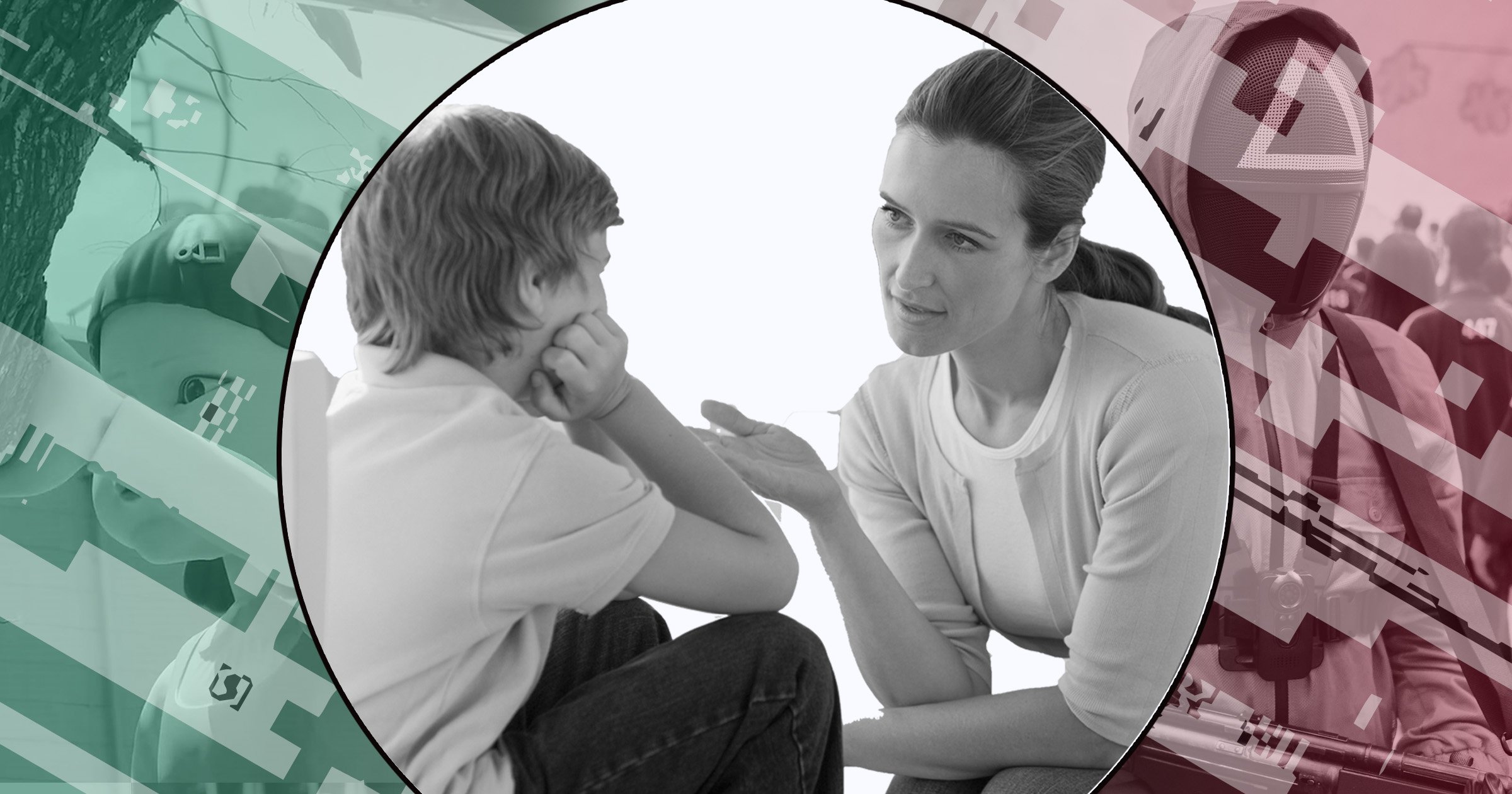 Years ago, millennial boys were adamantly playing Call Of Duty, otherwise known as ‘C.O.D’ – much to the dismay of parents who feared what the exposure to violence on screen could do to their children.

Pop culture is littered with these moments, in which aggressive, challenging or gruesome TV shows, games and music videos have their viral moment, making it harder to restrain viewership.

Given the rise of platforms like TikTok – and how common it is to see clips from shows appear in a Facebook News Feed or on Instagram – you now don’t even need to go to the direct source itself to be exposed to the content.

Often children are engaging with multi-media designed with an older audience in mind – which can be incredibly problematic.

Due to the immense popularity of Netflix’s Squid Game – which contains violent scenes – schools across England have issued warnings, advising parents to not let their children watch the show.

Penny, who has a pre-teen child, tells us she ‘received a letter from the school saying that pupils have been acting out Squid Games and discussing the violence on social media, despite its age rating.’

Naturally it’s concerning, but better to tackle the issue head on through conversation.

Dr Nihara Krause, a psychologist and founder of youth mental health charity stem4, stresses violent imagery can increase a child’s tolerance to violence and alter their understanding of acceptable behaviour.

‘The psychological impact of viewing violent imagery has been researched since the 70s,’ says Dr Nihara Krause.

‘The conclusion of such research is that it limits children and young people’s capacity to understand human relationships and impacts behaviour.

‘This is because the viewing of violence skews a child’s world view, increases their tolerance to violence, and alters their understanding of acceptable behaviours.

‘The more realistic the violence is (for example, if it is relatable with a game they play or a situation they are familiar with) the more likely they will identify with it and see it as applicable to themselves.

‘Similarly, if the violence is portrayed as “the end justifies the means”, then violence becomes an accepted and “reasonable” strategy to use.’

Rather than panic, she advises trying some simple things with your child to start a conversation around the issue.

Dr Nihara Krause adds: ‘The age of the child and their understanding is important – enable them to see the depiction as fantasy and if older, get them to explore the consequences of depicting fantasy in such a realistic way.

‘With older children discuss whether violence is ever heroic.’

She says ensuring they can see the distinction between what is entertaining to watch and what is acceptable in the real world is vital.

This means ensuring they can see it as wrong and not “fun” or acceptable – even if it is presented as entertainment.

She also believes it’s a good opportunity to develop empathy skills, as you can discuss the different perspectives in the programme to better understand why violence is wrong.

What’s more, given the nature of schools, peer pressure to watch these types of shows is high.

‘Help children and young people to counter peer pressure – just because others have watched, it doesn’t mean they have to or feel they are missing out,’ adds Dr Nihara Krause.

‘For teens in particular, this is very difficult since they want to try things and decide for themselves.

‘If they are impacted by what they have seen, support them in dealing with the emotional impact rather than telling them off for watching what they weren’t supposed to.

‘Use the impact to educate them on why such violence is wrong.’