In a year of quarantine isolation and global tumult, storytelling has never felt more necessary as a portal to the world.

To mark International Women’s Day, Variety offers a guide to female-centered stories that will reach big and small screens this year and at the creators behind them.

Take Malala Yousafzai, the trailblazing 23-year-old women’s advocate who was shot in her native Pakistan for championing the rights of women and girls to receive an education. Through a newly-formed production company, she will develop a diverse slate of scripted and unscripted content with Apple TV Plus designed to lift up women around the world.

“I believe in the power of stories to bring families together, forge friendships, build movements, and inspire children to dream,” Yousafzai said. “And I couldn’t ask for a better partner than Apple to help bring these stories to life. I’m grateful for the opportunity to support women, young people, writers, and artists in reflecting the world as they see it.”

“Delilah” (OWN, premieres March 9)
Maahra Hill stars as the titular Delilah, a lawyer and single mother who juggles a growing business, taking care of her two children and her nephew, and an increasingly complex case against a large corporation. “All the women I met were operating as central hubs in all of the milieus of their lives that they move through, but no one saw that they were in the hub in all of them. And I heard that a lot: ‘No one knows everything I’m doing.’ So we thought, ‘Let’s make a show and show that,’” says executive producer Craig Wright.

“Demi Lovato: Dance With the Devil” (YouTube, premieres March 23)
The multihyphenate finally takes her own story into her own hands more fully in this documentary, with which she has said she wants to “set the record straight” about things, such as her sobriety, that have been endlessly discussed on gossip sites and social media alike.

“Genius: Aretha” (National Geographic, March 21-24)
The third installment of “Genius,” subtitled “Aretha,” is the first one to tell the story of a legendary female figure. Playwright Suzan-Lori Parks mined the Queen of Soul’s life and music catalogue to create a tale of family and the fight to find a voice in a crowded field. Cynthia Erivo plays Aretha Franklin in her adult years, but the show incorporates flashbacks to Little Re’s childhood to show what shaped her, too.

“Girls5Eva” (Peacock, Premiere Date TBA)
Created by Meredith Scardino, “Girls5Eva” follows the members of a 1990s girl group who had one big hit back then and gets a second shot at fame when it gets sampled today. They reunite to try their hand at fame with a little more wisdom and agency, but also a lot more to juggle, from romantic partners and kids to day jobs and new outlooks on life.

“Hysterical” (FX, premieres April 2)
Andrea Nevins’ documentary about what it means to be a woman in the world of stand-up comedy features archival footage from famous performances, as well as interviews with comedians including Kathy Griffin, Margaret Cho, Iliza Shlesinger, Judy Gold, Sherri Shepherd and Rachel Bachman (who famously called out Harvey Weinstein when she saw him in the room during a set amid #MeToo allegations against him). 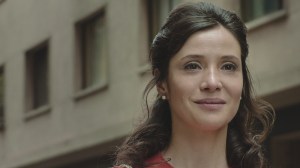 “Isabel” (HBO Max, premieres March 12)
Based on the life of author and activist Isabel Allende, “Isabel” is a three-part limited series that dives into multiple facets of the woman’s life, from leaving her native Chile, to using her work to heal from heartbreak, to the time she dropped everything to care for her ailing adult daughter.

“Rebel” (ABC, premieres April 8)
Katey Sagal stars as the titular Annie “Rebel” Bello, a legal advocate who doesn’t actually hold a legal degree but won’t stop fighting for the things she believes in and the people she loves. The show comes from showrunner Krista Vernoff (“Grey’s Anatomy”) and is inspired by the life of Erin Brockovich, who also executive produces.

“Run The World” (Starz, Premiere Date TBA)
Created by Leigh Davenport and steered by showrunner Yvette Lee Bowser, this upcoming comedy stars Amber Stevens West, Andrea Bordeaux, Bresha Webb and Corbin Reid and is out to explore the complexities of female friendship, as each one strives for success at work and at home. 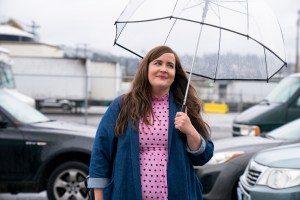 “Shrill” (Hulu, premieres May 7)
The third and final season of “Shrill,” which was originally inspired by Lindy West’s book of the same name, takes its central character of Annie (Aidy Bryant) on a journey of expanding her perspective through new experiences, both personally and professionally. “Part of what this season is is just realizing that there is no end for people who are looking to find their own self-confidence. It is a constant, everyday thing. There isn’t a final, ‘She wins’ or ‘she loses,’” Bryant previously told Variety.

“Tina” (HBO, premieres March 27)
Featuring interviews with everyone from Oprah Winfrey to Angela Bassett, this documentary will celebrate music icon Tina Turner’s life and legacy, without shying away from her journey as an abuse survivor.

“Untitled Jean Smart Series” (HBO Max, Premiere Date TBA)
The new comedy series centers on the mentor-mentee relationship between legendary stand-up comedian Deborah (Smart) and the young writer she hires to help expand her audience (Hannah Einbinder). The more they work together, the more likely they are to learn from each other, all while better shaping the future of the genre.

“Ziwe” (Showtime, premieres May 9)
The titular writer, comedian, performer and showrunner is launching a new premium cable variety show that will combine interviews, music, sketch and unscripted interactions with everyday people into its six-episode first season.

“Respect” (MGM, wide release set for August)
Delayed thanks to the global pandemic, this Aretha Franklin biopic was expected to be a major awards contender and showcase for previous Oscar winner Jennifer Hudson. An expansive look at the globally-beloved musician, “Respect” follows Franklin from her earliest days singing in a church choir to achieving legend status.

“Passing” (Netflix, release TBD)
Acquired out of this year’s Sundance Film Festival, the Rebecca Hall-directed project proved to be a thought provoking exercise in identity surrounding race, gender, and sexuality. Led by Tessa Thompson and Ruth Negga, this adaptation of Nella Larsen’s novella will no doubt inspire conversations among Netflix’s 200 million worldwide subscribers.

“Cruella ” (Disney, currently set for wide release May 28)
Ignore the cheeky origin story of “101 Dalmatians” villain Cruella DeVille at your peril. Though based on Disney’s beloved vault property, the Emma Stone vehicle show’s the notorious dog fiend as a young woman in the prime of punk rock rebellion. In its first 24 hours live, the film’s trailer racked 71 million views around the world, besting first looks at Angelina Jolie’s “Maleficent: Mistress of Evil” and Will Smith’s “Aladdin.” The Dana Fox-penned script will position Cruella as a visionary young fashion designer beaten down by the establishment, prepared to go to any length for success.

“The Nightingale” (Sony Pictures, Christmas)
The multitalented Melanie Laurent directs this film with two real-life Hollywood sisters, Dakota and Elle Fanning, at the lead. Adapted from Kristin Hannah’s novel, the film will follow two sisters at the start of World War II, who band together in resisting the German occupation of France. The Fannings will play characters inspired by the real life women who assisted down allied soldiers and helped in hiding Jewish children during the war.

“Black Widow” (Disney, currently set for wide release May 7)
As the only female member of Marvel’s legacy Avengers crew, some would say this moment for Scarlett Johansson’s Natasha Romanoff is far overdue — a standalone film about the origins of her hero Black Widow. Pushed numerous times thanks to COVID-19, a film of this scope is not only important in establishing the myth behind this character, it may well bring us a new generation’s hero in the form of her on-screen sister, played by Florence Pugh. 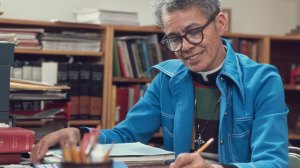