Over the past few years, there have been times when the Art Gallery of NSW was so empty of visitors it gave the impression someone had just shouted “Fire!”. Right now the opposite applies: the joint is packed to the rafters, with people waiting patiently in queues to see the Archibald Prize. For many, this will be their only visit to the gallery this year.

In 2021, there was less than five months between the closure of the previous Archibald and the opening of the current one. The box office success must tempt the AGNSW to keep the show running perpetually, but then everyone might become jaded and stay home.

For the time being, there is no let-up in the public’s infatuation with the Archibald, with the 100th anniversary providing extra impetus. All of us in the media have contributed to the publicity maelstrom but none more egregiously than the ABC, which has collaborated with the AGNSW to make a three-part program, fronted by actor Rachel Griffiths, which is no more than a sugary slice of propaganda. 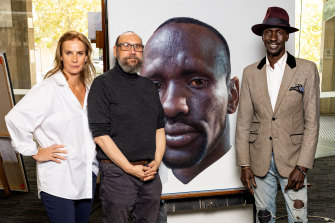 The Archibald is so exciting for Rachel (“Wow!”) that she steers herself away from criticism, aside from complaining that the old Archibald entries are a bit dull. 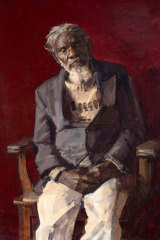 The excitement continued with a segment on the embarrassing Art Works program in which a vox pop was taken in the show. In such instances, people almost always say: “It’s great”, “I love it”, and similar profundities.

I dwell on the ABC because it’s the responsibility of the public broadcaster to provide a genuine alternative to the ratings-driven shows churned out by the commercial networks. Instead, it has chosen two of the laziest ways to cover the arts: 1. Nominate a celebrity. Get them talking about what they like and asking Dorothy Dix questions. 2. Go and ask “real people” and hear their unvarnished, banal responses. This usually comes down to: “I don’t know much about art but I know what I like”. Remember Everyone’s a Critic? It seems ABC arts programmers believe the only way out of a hole is to reach for a bigger shovel.

I don’t know if the ABC has influenced the AGNSW or vice versa, but the spirit of crass populism is alive and well in the building facing the Domain. It was a good if obvious idea to produce a historical show to celebrate the centenary of the Archibald Prize. It’s a revealing act of vulgarity to call that show Archie 100. If we are supposed to take the Archibald Prize seriously as a cultural institution it doesn’t help to use a silly diminutive. Maybe the Dobell Australian Drawing Biennial should be retitled Uncle Bill’s Oz Drawing Bonanza.

Having seen and heard curator Natalie Wilson talking repeatedly about the years of planning and research that went into this exhibition, it’s a mystery as to why the AGNSW hasn’t managed to produce a catalogue. There are thousands of people going through the show daily and no publication for them to buy. It’s not only a dereliction of duty, it’s a source of profit gone begging. 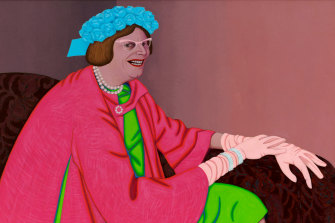 One of the truly great Archibald portraits: John Brack’s Barry Humphries in the Character of Mrs Everage, 1969.Credit:Art Gallery of NSW 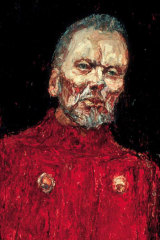 Putting all these irritations aside, Archie 100 is an engaging exercise – rather more engaging than the current Archibald Prize exhibition. It would be pointless to argue about the actual selection of works as there were thousands of finalists to choose from, even allowing for the ones that have disappeared forever. The crucial decision was not to limit the show to past winners but to include representative finalists across the century.

Two-thirds of Archie 100 is devoted to these also-rans, and many of them look incredibly fresh. And no, it’s not simply because the show gives a new prominence to female artists and Indigenous subjects who may have been unduly neglected by ye olde trustees. This emphasis is inevitable nowadays but it doesn’t overpower the intrinsic interest of a really striking work.

Take, for instance, John Brack’s Barry Humphries in the character of Mrs Everage. This dazzling, iconic picture was hung in the 1969 competition but lost out to Ray Crooke’s George Johnston, which I rate as one of the truly great Archibald portraits. In the same part of the show, subtitled The cult of celebrity, I was struck by the liveliness of Paul Newton’s Roy and HG (John Doyle and Greig Pickhaver), which was hung in the 2001 Archibald, won that year by Nicholas Harding’s John Bell as King Lear, also included in this section. Newton contributes a very traditional-looking picture every year or so but Roy and HG serves as a reminder that one shouldn’t be predisposed against any particular style or approach. 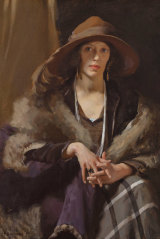 What might be said of Newton applies even more strongly to Robert Hannaford, who has never won the Archibald, despite being included numerous times as a kind of token “trad”. Hannaford’s moving portrait of artist Jarinyanu David Downs, which lost out in 1995 to a self-portrait by William Robinson, is one of the highlights of this exhibition.

I’d love to wind back the clock and award the 1922 Archibald to George Lambert for his flamboyant Self-portrait with gladioli, in place of WB Mcinnes’ tradesman-like painting of William Harrison Moore. And why oh why was Napier Waller’s portrait of his wife, Christian, and her three Airedale terriers, passed over in favour of John Longstaff’s dutiful likeness of John Sulman for the 1931 prize? Ernest Buckmaster’s portrait of his formidable old mum, from the same year, should also have been a contender. Perhaps neither Christian Waller nor Mrs Buckmaster were considered “distinguished” subjects.

This was the charge brought against McInnes’ Miss Collins, which won the prize in 1924. Detractors argued that Gladys Collins, “a Melbourne socialite”, wasn’t sufficiently important to be a viable subject. This was obviously before public galleries began sucking up to every socialite in town, looking for benefactions and photo opportunities. It was a rare triumph of quality over convention because Miss Collins must be one of McInnes’ very best works. 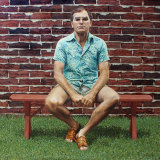 I’m also moved to speak in defence of McInnes’ inaugural Archibald winner of 1921, Desbrowe Annear, a sensitive, tonal portrait that was dismissed as “boring” on the ABC’s insightful TV program of last week. McInnes has allowed us to see his subject as a man of intelligence with a taste for beautiful objects. The dark, enveloping backdrop suggests a solitary, introverted character, pushed forward into the public eye.

In 1979, Keith Looby’s portrait of journalist Paddy McGuinness was widely believed to have had victory snatched away at the last minute and handed to Wes Walters for a portrait of Philip Adams. This has been a bone of contention since, and the McGuinness portrait is one work that should have been included in this show. Yet even if the trustees were determined to deny the troublesome Looby, I’m surprised they passed over Josonia Palaitis’ 1979 portrait of John Howard dressed in shorts and a Hawaiian shirt. It’s a painting with both genuine shock value and affectionate humour. We see, at a glance, the former prime minister as a very ordinary bloke – a look the incumbent has sought in vain to cultivate.

A hundred years of competition makes it clear that a successful portrait may cut one way or another: bringing out the underlying truth about a sitter or exposing pretense and hypocrisy. Maybe that’s why we’ve yet to see portraits of some of today’s most prominent politicians in the Archibald Prize.

Archie 100: A Century of the Archibald Prize, Art Gallery of NSW, until September 26.