Home » Lifestyle » Julia Roberts: My Marriage to Danny Moder, Life With Kids Is a ‘Dream’

Julia Roberts: My Marriage to Danny Moder, Life With Kids Is a ‘Dream’

Living the dream! After decades together, Julia Roberts and Danny Moder’s love has only gotten stronger.

“When I’m not working, [being a homemaker] is my full-time job,” the Runaway Bride star, 54, gushed during a Sunday, October 9, interview on CBS Sunday Mornings. “It isn’t rainbows and kittens every day, but it does bring me a lot of joy.” 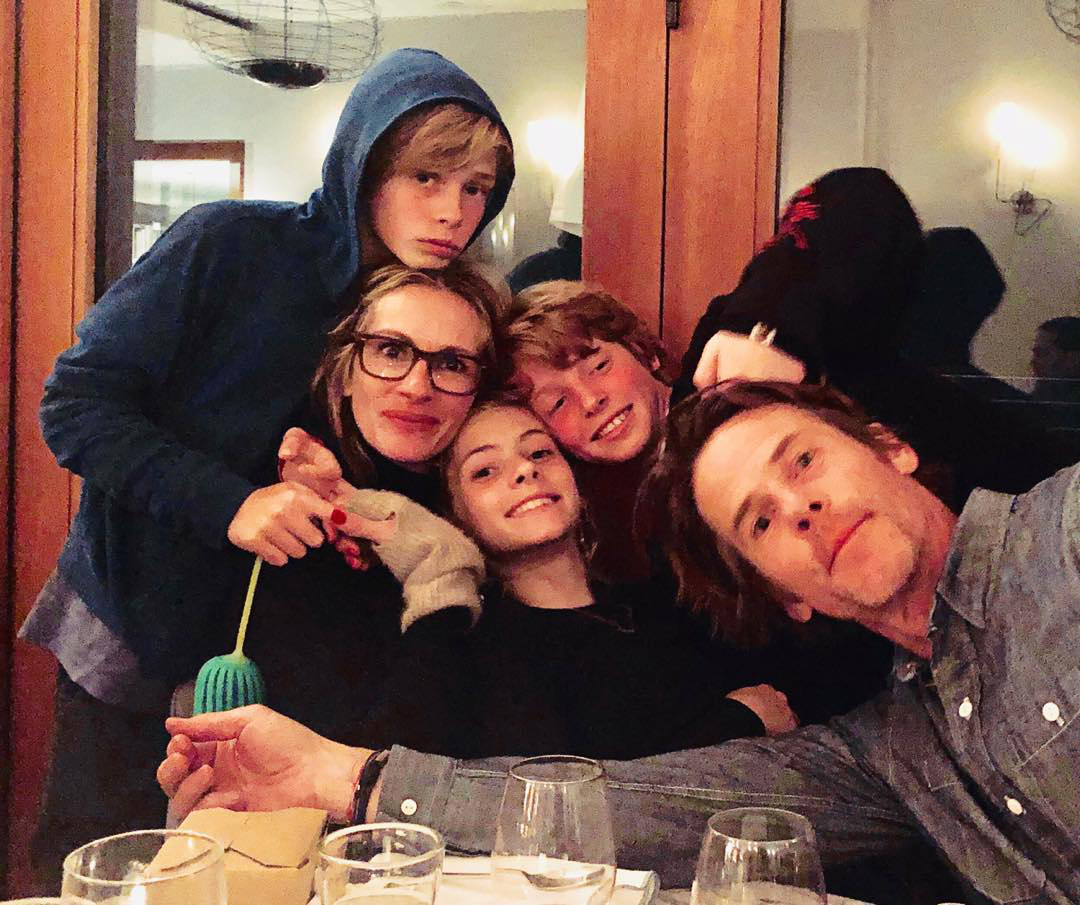 Roberts and Moder, 53, have been together for more than 20 years, tying the knot in July 2002, but always keep in touch no matter the distance when she’s working on set.

“[Writing handwritten notes is] something Danny and I have always done,” she told CBS anchor Jane Pauley on Sunday. “The first letter he ever wrote me, which was seven pages long, I still have it tucked away. One day I’ll show it to [my daughter] Hazel and say, ‘That’s what you’re looking for.’”

The Ticket to Paradise star and the cinematographer eventually expanded their brood, welcoming twins Hazel and Phinnaeus and younger son Henry in 2004 and 2007, respectively.

“I always think that they all look like me, and then Danny comes home from work, and I go, ‘Oh, you, that’s who they look like,’” Roberts quipped during the CBS interview, calling Henry, 15, her go-to “breakfast buddy” and Hazel, 17, a “one-of-a-kind” girl.

“My daughter was digging through the closet looking for possible prom dresses last spring, was, like, ‘What’s this dress?’” Roberts recalled, referring to the black Valentino gown that she wore to the 2001 Academy Awards when she won Best Actress. “I said, ‘Well, try it on.’ It was too big for her, but she looked so lovely.”

While Hazel was too small to wear her mom’s famed gown at the time, she later made her red carpet debut alongside her dad at the Cannes Film Festival premiere of Flag Day.

“We were Facetiming actually right before they went out. And she was lying on the bed, and I said, ‘What time is it? What are you guys doing?’ She goes, ‘Oh, Dad’s, you know, just putting his tie on. We’re getting ready to go.’ And I said, ‘Oh, are you ready?’ ‘Yeah.’ Like, she didn’t really look ready to me, you know, ponytail?” Roberts reminisced of last year’s event. “And I was, like, ‘Hmm, little eyeliner?’ She was, like, ‘I didn’t bring eyeliner, Mom, what are you talkin’ about?’ It’s, like, ‘Okay, yeah.’ I mean, what eyeliner? I mean, who needs eyeliner? Just Cannes! I mean, it’s just sweet, just the innocence. She’s just with her dad. It’s not about anything else.”

Hottest Couples Who Fell in Love on Set

The Erin Brockovich actress not only is fiercely protective of her children, but also of her relationship.

“They’re proud to have stayed married so long and to still be best friends,” a source exclusively told Us Weekly in November 2019. “Julia and Danny support each other and want the best. They have a deep love that keeps growing.”

Roberts even subtly featured a sartorial tribute to her brood during last month’s London premiere of Ticket to Paradise. Her black gown included embellishments denoting her wedding year and children’s birthdates on the train. A stitched heart also enclosed Hazel, Phinnaeus and Henry’s initials.