Home » Lifestyle » June 24 – On This Day: 50 years ago since economic crisis as the pound loses value

June 24 – On This Day: 50 years ago since economic crisis as the pound loses value 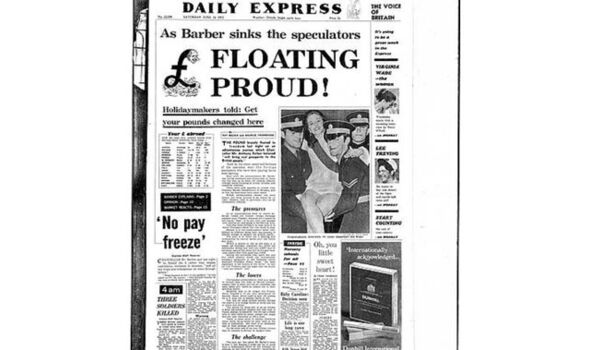 We said holidaymakers had already been hit as European banks knocked 10 percent off the value of the pound, while the cost of imports was likely to rise with food and petrol likely to cost more. The move came amid a worsening economic crisis and soaring inflation.

72 years ago (1950) The apartheid government of South Africa passed the Group Areas Act, which enforced racial segregation in the country.

The legislation assigned racial groups to different residential and business sections in urban areas which excluded non-whites and resulted in them having to travel long distances from their homes to work.

She was sent a congratulatory telegram from Russian cosmonaut Valentina Tereshkova who became the first woman in space in 1963.

She flew a second mission on Challenger in 1984.