The wait is over. The Masked Singer finally revealed Rudy Giuliani as the Jack in the Box months after reports claimed that Robin Thicke and Ken Jeong walked off set following his unmasking.

‘The Masked Singer’ Season 7: A Complete List of Contestant Clues

The former New York City mayor, 77, was unveiled during the Wednesday, April 20, episode following his performance of “Bad to the Bone” by George Thorogood and the Destroyers. None of the judges predicted that it was him under the costume, with the panel incorrectly offering Robert Duvall, Joe Pesci, Elon Musk and Al Roker as guesses.

When host Nick Cannon helped the politician remove his mask, judge Nicole Scherzinger seemingly didn’t recognize Giuliani. “Is that Robert Duvall?” she asked Jeong, 52. The Hangover star, who looked visibly upset by the reveal, replied, “No, that’s not Robert Duvall.”

As the lawyer began his unmasked performance at the end of the episode, Jeong said, “I’m done” before walking off stage. Throughout the post-reveal chat with Giuliani, he kept his arms crossed and did not crack a smile. 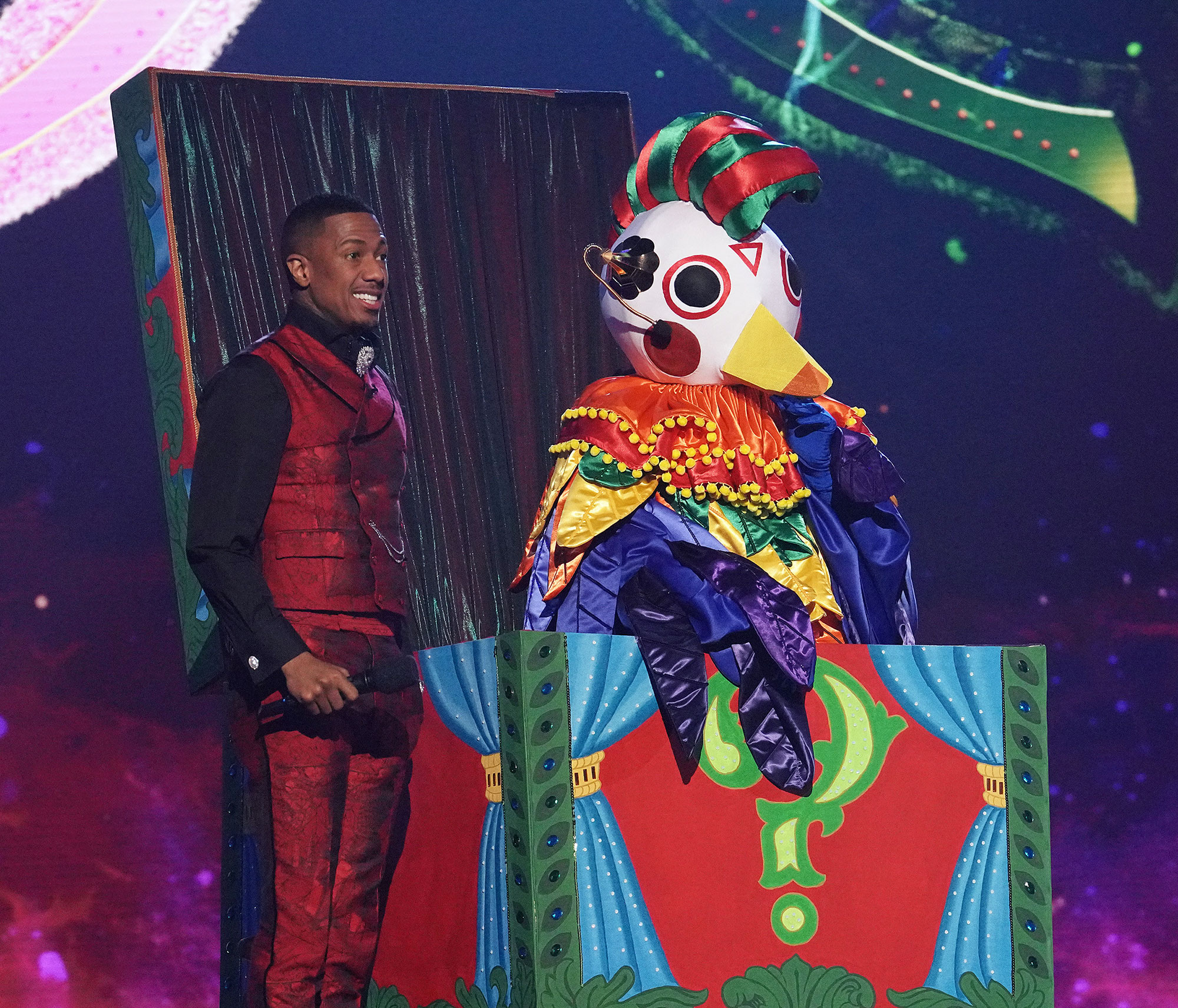 In February, Deadline reported that both he and Thicke, 45, left the set after Giuliani’s unmasking. The “Blurred Lines” singer wasn’t shown leaving the stage during Wednesday’s episode, but he also did not appear alongside Scherzinger, 43, and Jenny McCarthy as they danced to the former presidential candidate’s performance.

Every ‘Masked Singer’ Winner Through the Years: Where Are They Now?

“This is definitely something I never would have guessed,” Thicke said after the reveal. Cannon, 41, added: “I think it surprises us all that you’re here on The Masked Singer.” The former associate attorney general told the panel that he wanted to participate in the series for his 4-month-old granddaughter, Grace.

Jack in the Box’s clue package hinted at Giuliani’s controversial past, including his time working in former president Donald Trump‘s administration. One clue — a sign listing winter, spring, summer and fall — was a nod to his role in the November 2020 press conference that took place at Four Seasons Total Landscaping in Philadelphia after the presidential election.

The campaign’s choice to hold the conference in the parking lot of a small landscaping business led to speculation at the time that staffers meant to book the Four Seasons Hotel Philadelphia, which is located five blocks from the Pennsylvania Convention Center where mail-in ballots were being counted.

Giuliani’s other clues included a football with a four-leaf clover on it, a space shuttle and a gavel. “I get put in a box a lot,” he said before unmasking, explaining why he chose the Jack in the Box costume.

The Masked Singer airs on Fox Wednesdays at 8 p.m. ET.