Los Angeles Dodgers pitcher Trevor Bauer has been placed on a seven-day administrative leave by Major League Baseball in the wake of news that he is under investigation by Pasadena police over allegations that he assaulted a woman.

“MLB’s investigation into the allegations made against Trevor Bauer is ongoing,” the league said in a statement. “While no determination in the case has been made, we have made the decision to place Mr. Bauer on seven-day administrative leave effective immediately. MLB continues to collect information in our ongoing investigation concurrent with the Pasadena Police Department’s active criminal investigation. We will comment further at the appropriate time.” 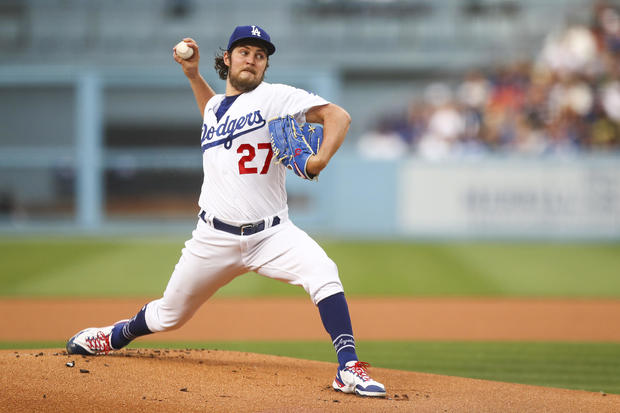 Pasadena police Tuesday confirmed it was investigating an allegation that Bauer assaulted a San Diego woman on May 16. The case has not yet been presented to the L.A. County District Attorney’s Office.

The woman’s attorney, Marc H. Garelick, said in a statement to CBS Los Angeles this week that a judge issued a temporary restraining order Tuesday as “a result of a recent assault that took place at the hands of Mr. Bauer.”

Garelick also said that his client “suffered severe physical and emotional pain,” and that the goal of the order was to keep Bauer, 30, from contacting our client in any way possible.”

In a statement to CBSLA, Bauer’s agent, Jon Fetterolf, denied any wrongdoing by his client.

Fetterolf said Bauer and the woman had a “brief and wholly consensual sexual relationship,” beginning in April 2021, and said that Bauer had messages received from the woman “repeatedly asking for ‘rough’ sexual encounters.”

Players can be suspended without being charged with a crime under MLB’s domestic violence policy, which was collectively bargained. Teams cannot enforce discipline unless the league approves.

Bauer was not with the Dodgers when the team visited the White House Friday morning to meet with President Joe Biden and Vice President Kamala Harris. The Dodgers, who are in D.C. for a four-game series with the Washington Nationals, said only members of the 2020 World Series team would attend, and Bauer didn’t sign with the team until this year.

Bauer won the National League Cy Young Award last season with the Cincinnati Reds. The 30-year-old signed a three-year deal with the Dodgers worth $102 million in February.