Emotional moment three siblings meet their brother, 64, for the first time on Long Lost Family after he was left as a baby in Welsh public toilets, wrapped in a bed sheet and a brown paper bag

This is the tear-jerking moment a man who was abandoned as a baby in Abergavenny public toilets met his three full siblings for the first time in tonight’s Long Lost Family: Born Without Trace.

Paul Garner, 64, now based in Frinton-on-Sea, Essex, always knew he was adopted and spent a happy childhood growing up in South Wales.

But shockingly, when first accessing his adoption files four years ago, he discovered that he was a foundling, having been dressed in worn clothes, a bed sheet and a cotton blanket and left in a brown paper bag next to a public toilet as a baby.

Wanting to find his identity, the former RAF sergeant asked Long Lost Family for help – and eventually, thanks to DNA testing, was told his parents had been married with four other children.

Sadly his parents have died, as well as one of his older siblings, but an emotional Paul was able to meet his elder brother and two younger sisters, who suggested their mother gave him up because she couldn’t afford to care for him. 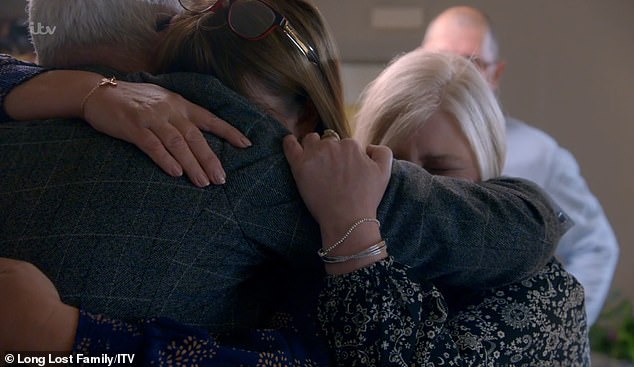 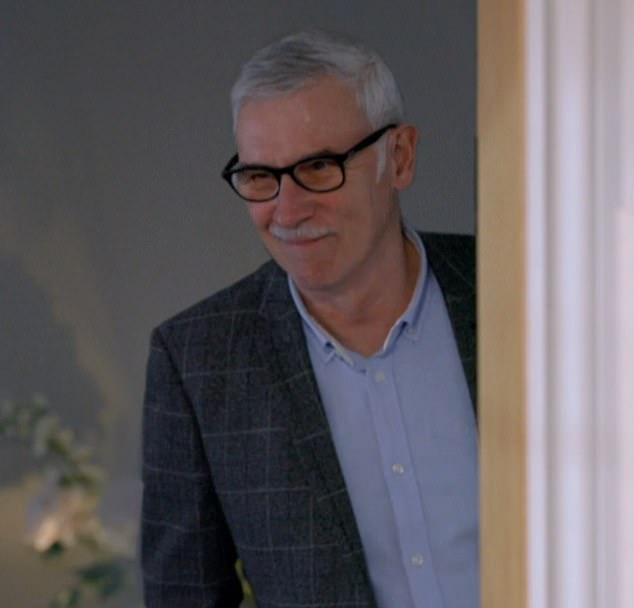 Paul, pictured, discovered four years ago that he had been dressed in worn clothes, a bed sheet and cotton blanket and left in a brown paper bag next to a public toilet as a baby 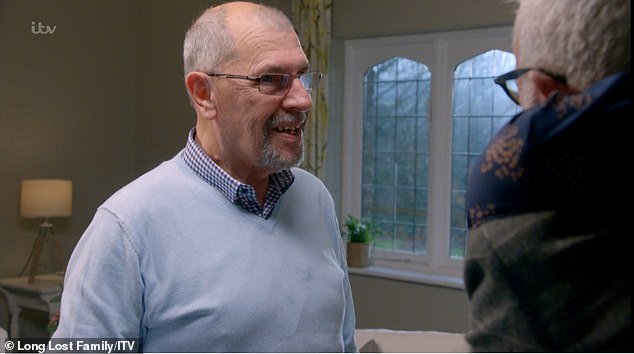 The 64-year-old discovered that he had a brother, pictured here, who is ten years older than him, when he was told about his family

Returning for the first time to the place where he was abandoned, married father-of-two Paul said: ‘This is where I came to be inside the ladies toilets.

‘I was just rested up on one of the toilets in a brown paper bag. Pretty vulnerable position to be in as a little baby.’

Paul, who was adopted by the Garner family after being discovered in the toilets as a baby, had a ‘great childhood’.

But four years ago he decided to access his adoption file and discovered he was a foundling. 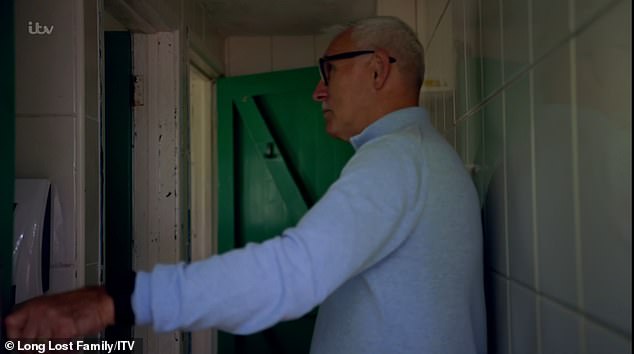 Married father-of-two Paul returned to the toilets where he was abandoned for the first time during the show, pictured 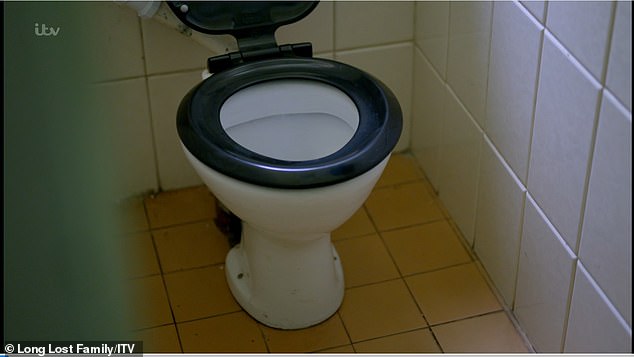 As he looked at the cubicle where he was left, he added that it was a ‘pretty vulnerable’ position for him to be in as a little baby

‘[The social worker] turned the page and there was a photo and a newspaper clipping of a baby three or four days old with baby Paul written on the bottom,’ he recalled.

‘It was a big shock because as far as I was concerned I was just adopted. I didn’t realise that yes, I was found.’

Desperate for answers, in 2019 he launched a newspaper and radio appeal that led him to find the policeman, Roy, who had been called to the scene on the day he was found.

Paul met him for the first time on the programme and was reassured to discover he was left on a busy market day only a short distance from a hospital. 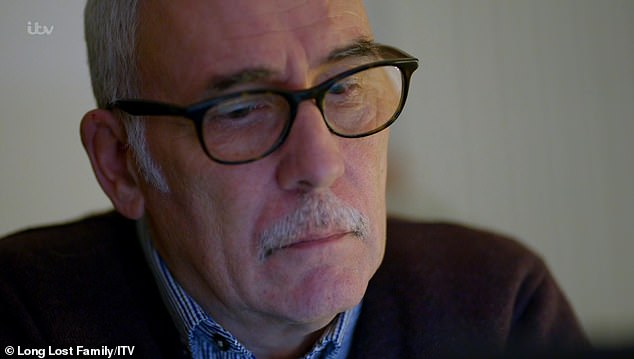 Paul found the policeman, Roy, who was called on the day he was abandoned after his 2019 appeal 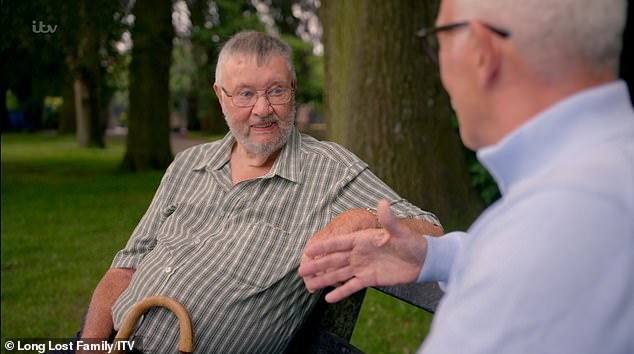 During the programme, the father-of-two met with Roy, who found him when he was abandoned

Roy recalled: ‘I was on duty in the police station and a lady came in and she said, “I’ve been in the toilets near [the local] park and there’s a carrier bag there and something moved in it.

‘So I [thought] I best go look, she was a bit shook up. And there was a bag leaning against the toilet. And I approached it a bit cautiously as I didn’t know what it was and thankfully it was you. It was a bit of a shock as it’s not something you see everyday.

‘You weren’t cold, you hadn’t been there long,’ Roy reassured Paul, adding that he was left near a hospital on a busy market day, so his birth mother had it ‘well plotted’.

‘I could’ve been left anywhere but I was left in a sheltered place, not far from a hospital when the town was really busy with the market, so Roy was sure that my mother knew what she was doing so I feel more reassured now,’ said Paul. 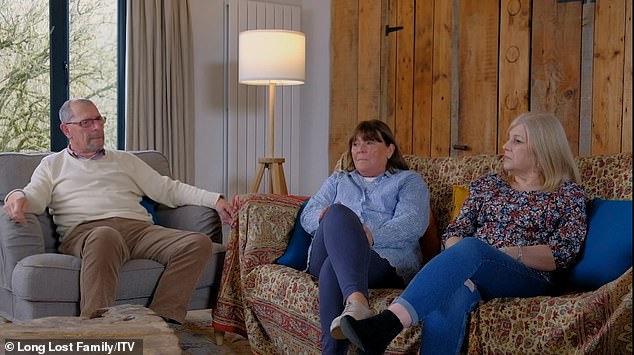 Incredibly, through DNA, Paul eventually discovered that his parents were married and that he had two older and two younger full siblings.

Sadly Paul’s mother died when she was just 48-years-old, while his father, who was also in the armed forces, passed away in 1994, aged in his 60s. One of his older siblings also died a few years ago. 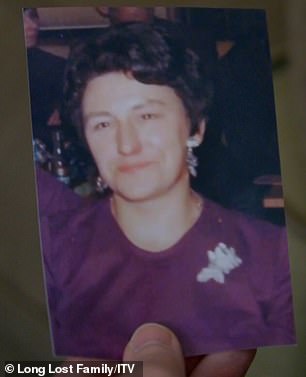 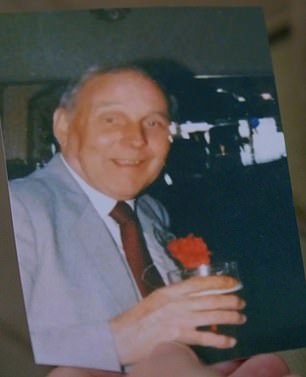 Paul was shown photographs of his mother and father during the programme, although both have sadly died 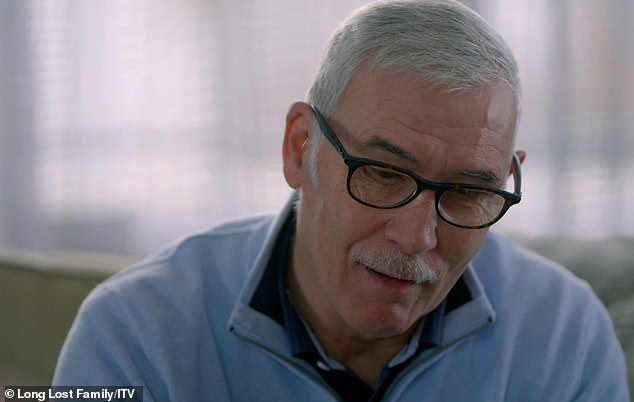 Paul, pictured, was emotional as he looked at pictures of his mother and father and was also shown photos of his full siblings 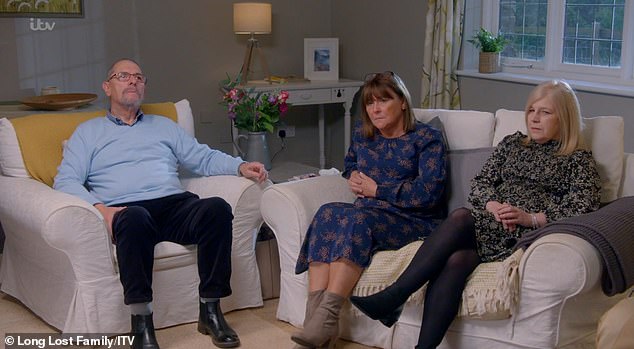 Paul’s younger sisters were born when his father was home from the army and the family were more financially secure (pictured, waiting to meet him)

His older brother – who was just 10-years-old when Paul was abandoned, and didn’t know of his mother’s pregnancy – suggested that his mother left her baby because she couldn’t afford to look after another child yet.

He explained that his parents’ lives were split in to two eras, one when he was growing up, where money was sparse and he had to work at the age of 11 to help his mother and sister.

Then there was the era in which his two younger sisters were born, and his father was back home from the army, leading to a more financially secure situation. 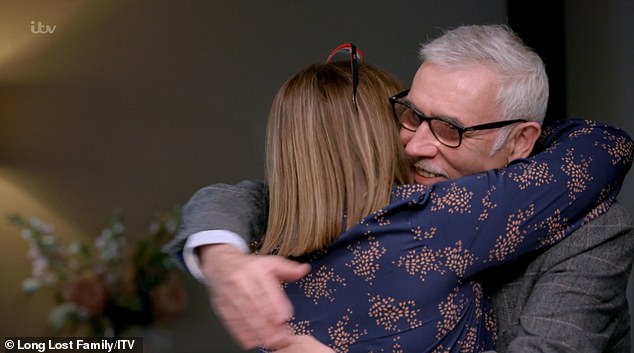 Paul, pictured, said he had ‘no ill-feeling’ towards what happened and he was happy to know where he comes from

‘Whatever the circumstances were, with me being left and found, I’ve got no ill-feeling towards what happened. Now I know where I come from, I never had them before but I’ve got them now.’