Following her lead. The Real Housewives of New Jersey‘s Melissa Gorga said Teresa Giudice was the one who fanned the flames of their feud, leading to her sister-in-law and brother Joe Gorga skipping her August wedding.

“From day one with all the wedding drama, I was told on national TV I wasn’t gonna be a part of it,” Melissa, 43, exclusively told Us Weekly at BravoCon 2022 on Saturday, October 15. “I was told we are not close. I was told all of these things. So when you draw the line in the sand, well then, I have to stand behind the line. And then don’t be upset when we’re behind the line because you drew it.”

Teresa, 50, said on Watch What Happens Live With Andy Cohen in March that her brother’s wife wouldn’t be a bridesmaid when she married Luis “Louie” Ruelas. “Don’t make a big deal. I mean, come on,” she said at the time.

The singer brushed off the issue shortly after the interview made headlines during an episode of her “Melissa Gorga on Display” podcast. “I did find out on TV that I’m not going to be in Teresa’s wedding and I’m not a bridesmaid, which I’m OK with. I’m fine with [it],” she claimed at the time. “I understand. To each their own.” 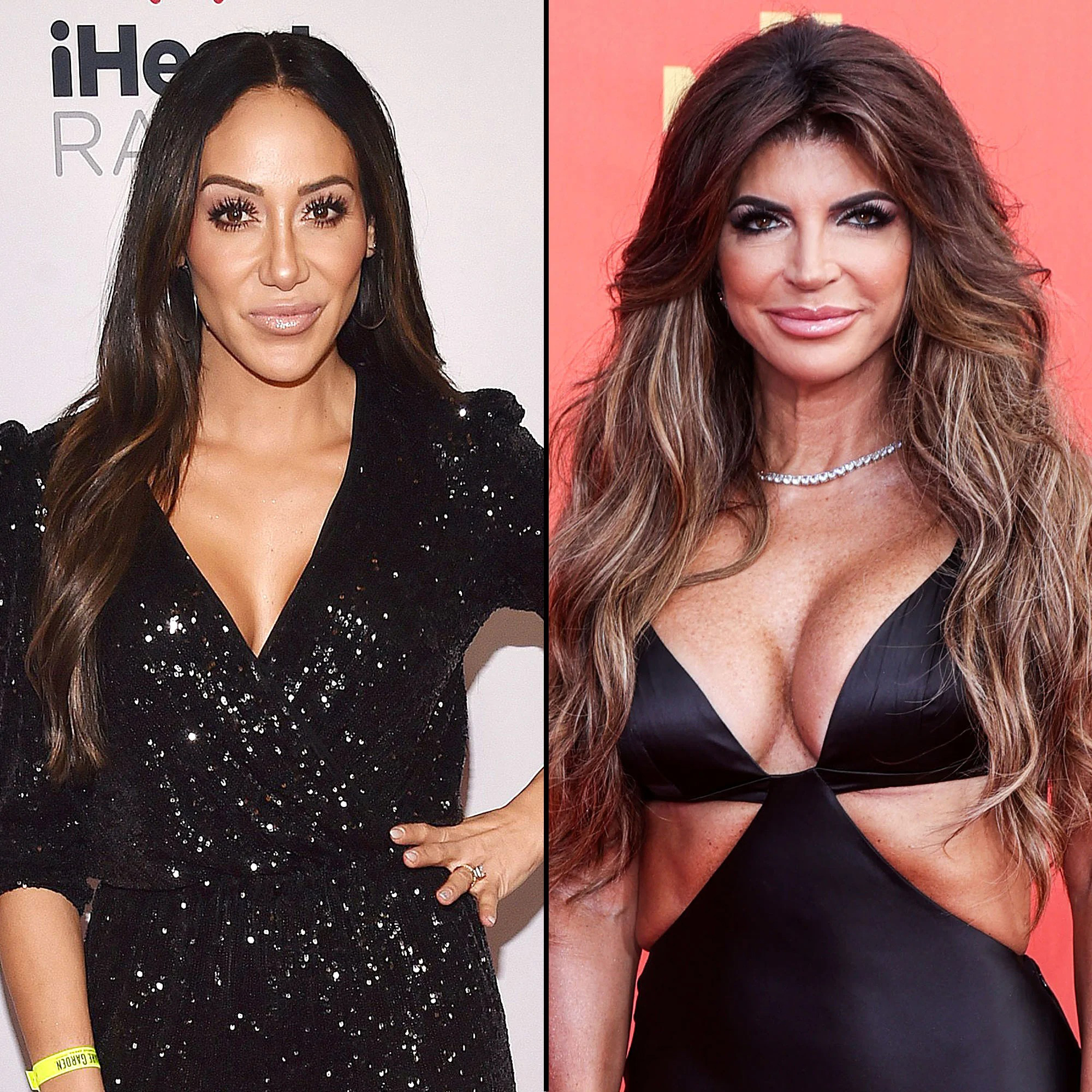 The bridesmaid debacle alone didn’t bring the feud to the boiling point. Melissa believes a variety of issues served as kindling for their relationship’s implosion.

“It wasn’t just one event,” Melissa explained exclusively to Us at the New York City fan event. “I feel like everybody wants to think there was like one big thing that happened that caused us to say we’re not going to this wedding.”

Tensions boiled over when the podcaster and Joe, 43, didn’t attend Luis and Teresa’s New Jersey wedding, which was filmed for a Bravo special in August.

“I think it was a series of events,” Melissa continued. “I think it was a long time coming. I think I knew certain things that I couldn’t say out loud. And then, at the finale, they came out and just — energies rose.”

The RHONJ season 13 finale was filmed right before the wedding. Melissa teased that viewers will see the events that led the couple to withdraw their RSVP shortly the day before the ceremony.

“It would feel really silly to go from that and then within 12 hours to be sitting in a pew as it would just not make any sense for us to even be there. Yeah. So that’s what you’ll see,” Melissa told Us.

As for their future, the “On Display” songstress said that while it’s “sad” that they don’t have a relationship, she doesn’t have much desire to make amends with the cookbook author.

“I’m just ready to get off the roller-coaster,” she continued. “I know in my heart that I’ve tried. The roller-coaster goes up, it goes down, it goes in, it goes out. And I’m at a point in my life that I don’t wanna be on roller-coasters in any relationship, whether it be my family, Joe’s family … We don’t want the negative energy around no matter who it is. So I just think that we’ve gotten to a point where we need to take a break.”

From Stage to Screen! What You Missed at BravoCon’s ‘WWHL Legends Ball’ Taping

Melissa added, “We have a lot of things to be happy about and blessed with, and it’s just time for us to focus on us.”

Teresa also spoke with Us exclusively at BravoCon on Saturday, and she said Melissa and Joe’s decision not to attend the nuptials was “devastating” to her.

“That’s my only family. So, what do you think? Yeah, it was devastating,” the Real Housewives of New Jersey star said. “I mean, the day before [our wedding], I was in tears ‘cause I just found out. It was heartbreaking [because] it’s my only family, and Luis was hurting for me. My children were hurting. But then [on] that day, that day was our day.”

After Teresa and Louie tied the knot, Us confirmed that the couple were upset over rumors that Melissa had cheated on Joe. They believe Teresa spread the infidelity allegations. The Gorgas have since denied the affair speculation.