Did she cast a good luck spell? Melissa Joan Hart made history on Celebrity Wheel of Fortune with her huge prize.

‘Sabrina the Teenage Witch’ Cast: Where Are They Now?

The Sabrina The Teenage Witch alum, 45, won $1,039,800 for charity on the Sunday, October 17, episode, becoming the first celebrity to win a nine-figure sum on the game show, shocking even hosts Pat Sajak and Vanna White.

“Vanna White’s face turned white,” Hart told USA Today after her win. “Vanna looked at me and was like, ‘You got it! You got it!’ I hit the roof. She hit the roof.”

In addition to being the first $1 million-dollar winner on Celebrity Wheel of Fortune, she’s also only the fourth contestant ever to hit the milestone. 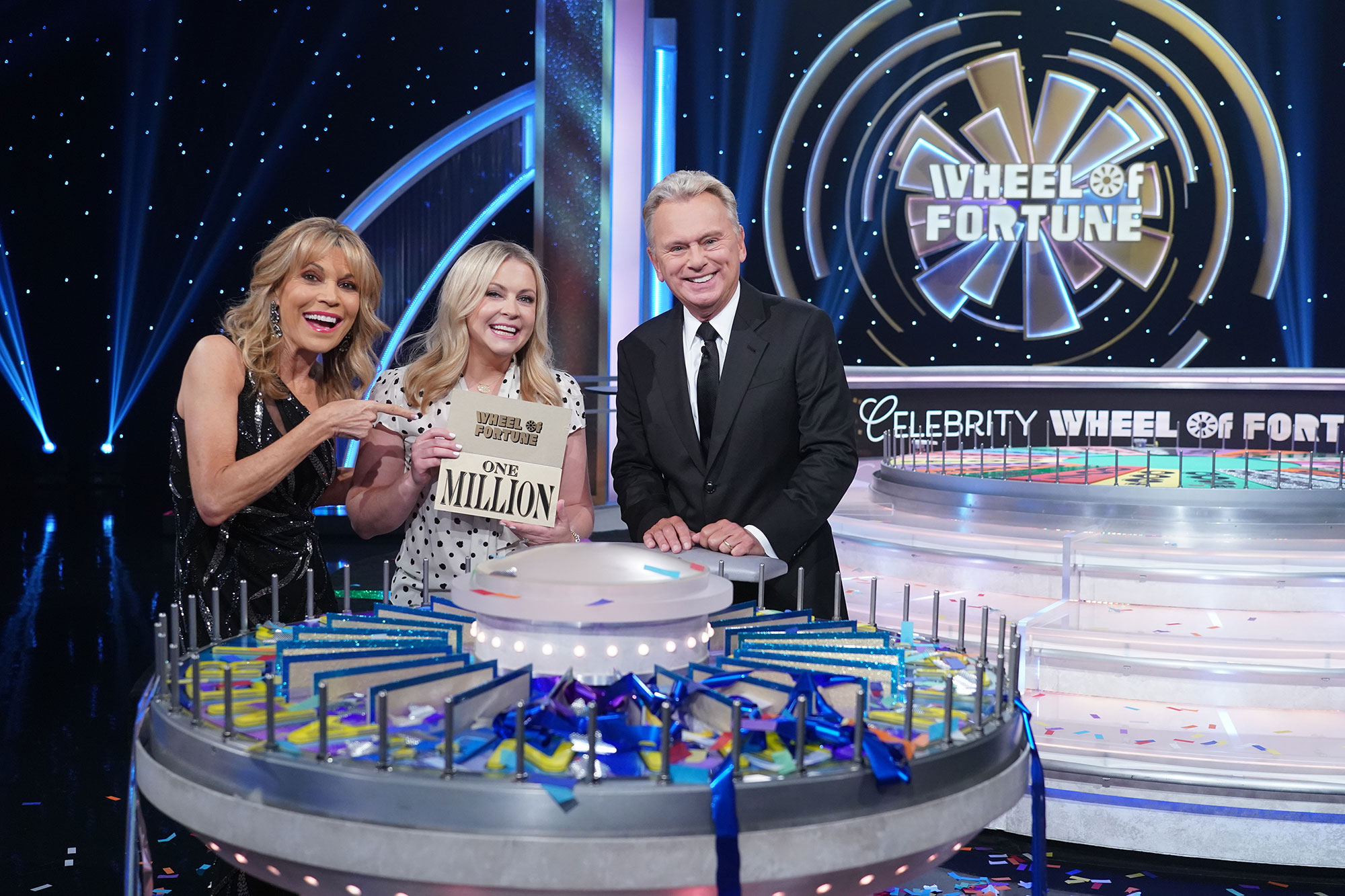 The No Good Nick star, who lost the game when she played in 1998, got lucky when she hit the $1 million card from the wedge during the final puzzle. On her first guess with only six letters on the board, Hart solved the bonus round with the answer “bran muffins.”

How did she do it? Hart wishes she was able to cast a spell like the famous Sabrina, but she’s a mere mortal.

“I would like to say witchcraft was involved,” Hart explained. “But to be honest, I prayed a lot more than any kind of sorcery. I literally prayed every round, especially that winning round. I’d close my eyes and say, ‘God, give me focus and calm and let me just read these letters.’”

The New York native added that she has kept her big win a secret from the charity she played for, Youth Villages. “I didn’t leak it,” the Clarissa Explains It All alum said. “I was like, ‘Guys, you’ll have to watch me on Wheel of Fortune. It’s going to be epic.’”

The star, who has been married to Mark Wilkerson since 2003, added that the jackpot will massively benefit the nonprofit.

“Youth Villages serves 23 states. What they do, mainly, is with foster care and foster children and helping children across the country and bringing families back together,” she explained on Celebrity Spin With Maggie Sajak in an interview published on Monday, October 18. “When children age out of foster care, where do they go? What do they do? They really help in that aspect and I think that’s a huge help across our country for everybody.”

11 Stars You Forgot Were on ‘Are You Afraid of the Dark?’

The big winner played against Mean Girls star Lacey Chabert and Unbreakable Kimmy Schmidt alum Tituss Burgess. Chabert and Hart are longtime friends, and Hart was happy to have a friend by her side.

“That was wild. I felt like I wanted Lacey there with me because she had won so much of that round, and I needed her in my ear,” Hart said.