I always look forward to a Question Time appearance. On this week’s show there was, predictably, only one topic in town: the Prime Minister’s clear plan to kickstart the economy and get things moving. One audience contribution stood out amid the torrent of opinions for and against – both for what the lady said about Liz Truss and the spontaneous applause it prompted.

‘She’s only been in the job three weeks… she’s had criticism whatever she does. The country is not in a recession! The pound has bounced back. She’s trying to open up our economy. Give her a chance!’

I couldn’t agree more. Her plan is right for the United Kingdom and our economy. She showed her determination at the Conservative Party Conference in Birmingham to put our great country on the path to long-term success.

We need to rally behind her in order to make it happen. Under her leadership, we are going unashamedly for economic growth. That is key to making us sound, secure and successful.

Growth makes us stronger at home and abroad. It means families and businesses have more money to invest in their future.

It means we can afford truly world-class public services, from schools and hospitals to the police and Armed Forces.

But for years, our growth has been anaemic. We were slipping into a high-tax, low-growth cycle, exacerbated by Covid and Putin’s barbaric and illegal invasion of Ukraine. 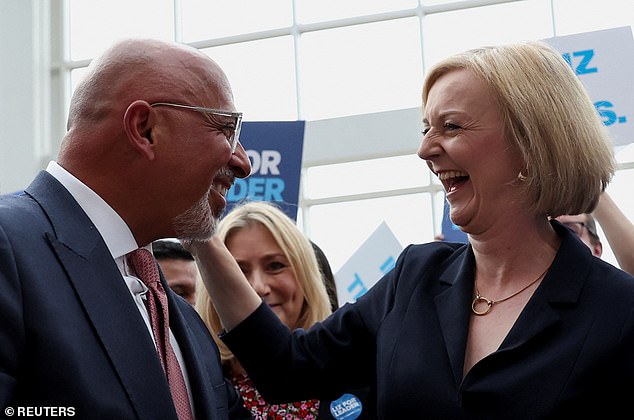 Nadhim Zahawi argues that we need to rally around Liz Truss to ensure she ‘puts our great country on the path to long-term success’. Pictured together in August

As a result, families and businesses were fearing the prospect of spiralling energy bills, high inflation and the misery of a recession.

We could not allow that to happen. That is why the Prime Minister took decisive action from the moment she entered No 10 to tackle the energy crisis.

Our intervention ensured that a typical household will now pay an average of £2,500 a year this winter and the next. It is the biggest response of its kind in Europe, which is testament to Liz’s strong leadership.

This is a Prime Minister who is not afraid to take the tough decisions to get the patient moving and the economy firing on all cylinders. Returning, for a moment, to Question Time, another audience member asked how we will actually achieve economic growth.

An excellent question. As a businessman myself, I can think of no one better to answer it than the organisations that represent our business and industrial bodies, big and small.

From the CBI to the Federation Of Small Businesses and the Chambers of Commerce, they have welcomed the Growth Plan for removing taxes on jobs, investment and entrepreneurs.

They like how we are bringing down barriers to spur productivity on the one hand and, on the other, creating Investment Zones around the UK to help companies succeed.

We are cutting income tax for tens of millions of working people, rewarding them for their enterprise. We are lightening the load on families, who had been set for the highest tax burden in 70 years. 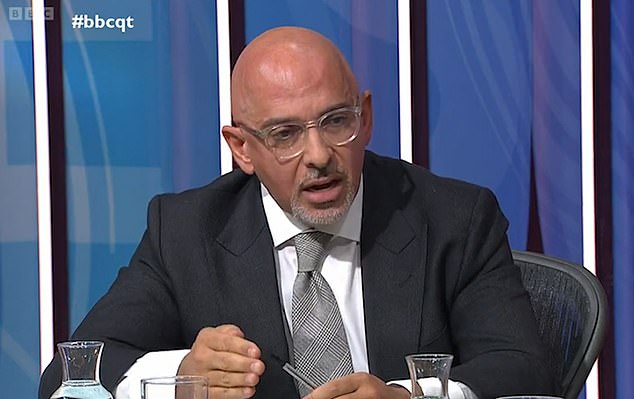 On Question Time this week one audience member asked how we will actually achieve economic growth. An excellent question. As a businessman myself, I can think of no one better to answer it than the organisations that represent our business and industrial bodies, big and small

We are putting our money where our mouth is as the party of low taxes. We know where taxes come from: the pockets of the people. They want value for money: whether it’s spent on frontline services that matter the most, or on projects that will bring truly transformational growth.

That is why we are backing vital projects to get Britain moving, from roads and railways to new power stations and broadband networks. We will bulldoze the blockades in order to realise our pro-growth, pro-aspiration and pro-enterprise agenda. Now, we accept that we didn’t get the whole package right.

We listened to the criticism, and we dropped the 45p tax cut. Another big decision, done.

That is the mark of the Prime Minister’s leadership. She listened and decided to focus on what matters most: the bulk of our plan to get Britain moving.

Liz has shown her determination to stand up to anyone trying to stop our economy growing. She is ready to face down the anti-growth coalition, facing down two of their representatives when they tried to disrupt her speech last week.

Now is the time for our party to get behind her. The alternative is beyond concerning. It’s Sir Keir Starmer and Angela Rayner, propped up by the SNP. They will ramp up taxes and be in thrall to woke warriors and militant unions. Instead of getting Britain moving, we will grind to a halt.

This anti-growth coalition would be on the side of the protesters gluing themselves to roads rather than the hard-working people building the roads. They would threaten our precious Union and deny us our new-found freedoms outside the European Union. 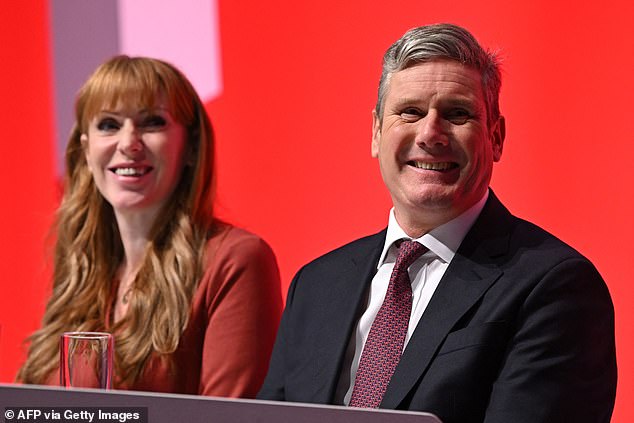 The alternative is beyond concerning. It’s Sir Keir Starmer and Angela Rayner (pictured), propped up by the SNP

We cannot allow the keys of the Kingdom to fall into their hands. That is why my fellow Conservatives need to hold our nerve. Back the Prime Minister or get Keir Starmer and the SNP in 2024.

Those plotting against the Prime Minister are helping to usher in a Labour Government. Conservative MPs should be supporting our party leader, not working against her. Division will only result in drift, delay and defeat.

Our party is at its best when we deliver for the British people. That is what the Prime Minister is leading the way in ensuring. Her talks with President Macron of France this week reinvigorated our relationship. We are now turbocharging the construction of the Sizewell nuclear power plant. We have also secured a new package of measures to tackle the abhorrent people traffickers who are risking lives in the Channel. That means direct support for the Home Secretary’s efforts to tackle illegal migrants as well as other crime – making sure police officers focus on domestic burglaries and get back on the beat.

At health, Therese Coffey is focused on making sure everyone gets the appointments and care they deserve, where and when they need it, through her ‘ABCD’ priorities: Ambulances, Backlogs, Care and Doctors & Dentists.

We will work flat out to get our economy growing and to ensure more and more people feel the benefits up and down the UK.

We will transform our country into a high-wage, high-growth and high-skill economy. Together, we can get through these tough times and put our nation on the path to long-term success.