Capitol Police Officer Brian Sicknick died of natural causes a day after defending the Capitol during the January 6 assault, the D.C. medical examiner’s office announced Monday. Sicknick was previously believed to have died from injuries sustained during the riot.

Sicknick died from strokes, the chief medical examiner’s office said in a report summary, citing “acute brainstem and cerebellar infarcts due to acute basilar artery thrombosis.” In an interview with The Washington Post, chief medical examiner Francisco J. Diaz said Sicknick suffered two strokes at the base of his brainstem caused by a clot in an artery.

At approximately 2:20 p.m. on January 6, Sicknick was sprayed with a chemical substance outside the Capitol, the office said. He collapsed eight hours later and died the following evening.

Despite being sprayed with a chemical substance, Sicknick’s manner of death was determined to be “natural,” the medical examiner’s office said. In the interview with the Post, Diaz said the autopsy found no evidence of internal or external injuries, or of an allergic reaction to the chemical substance — but did say “all that transpired played a role in his condition.”

The “natural” classification is used “when a disease alone causes death,” the medical examiner’s office said in the summary. “If death is hastened by an injury, the manner of death is not considered natural.”

The medical examiner’s office has not publicly released the full report.

When first announcing Sicknick’s death in January, the Capitol police said he died from “injuries sustained while on-duty.” 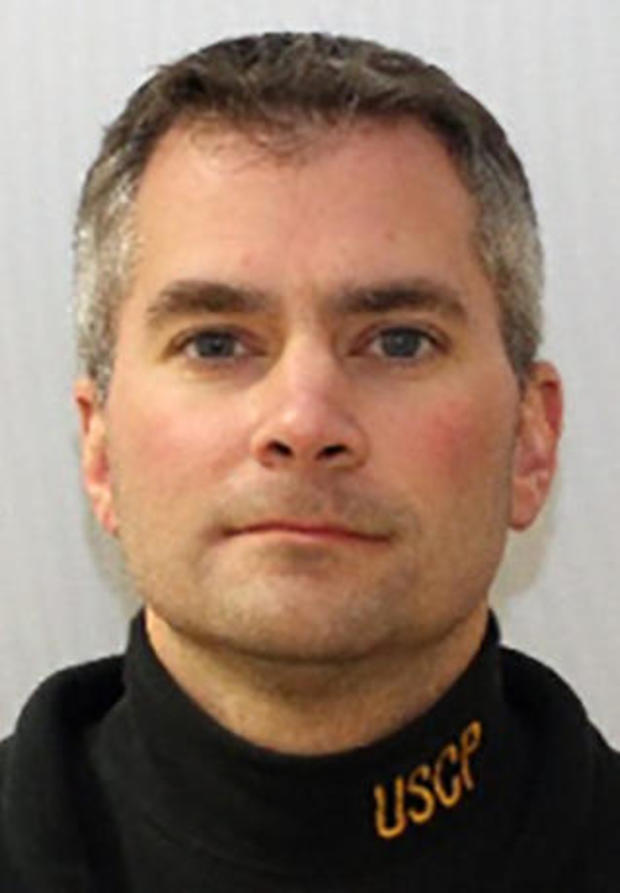 “Officer Sicknick was responding to the riots on Wednesday, January 6, 2021, at the U.S. Capitol and was injured while physically engaging with protesters,” police said in a statement. “He returned to his division office and collapsed. He was taken to a local hospital where he succumbed to his injuries.”

In a Monday statement, Capitol Police said it accepted the finding that Sicknick died of natural causes but said “this does not change the fact Officer Sicknick died in the line of duty, courageously defending Congress and the Capitol.”

“The United States Capitol Police will never forget Officer Sicknick’s bravery, nor the bravery of any officer on January 6, who risked their lives to defend our democracy,” the department added.

Two suspects were charged with assaulting Sicknick in March and were accused of disabling him with a chemical spray.

Sicknick, who first joined the Capitol Police in 2008, lay in honor at the Capitol weeks after his death, and was remembered as a “peacekeeper” who was “caught in the wrong place at the wrong time.” 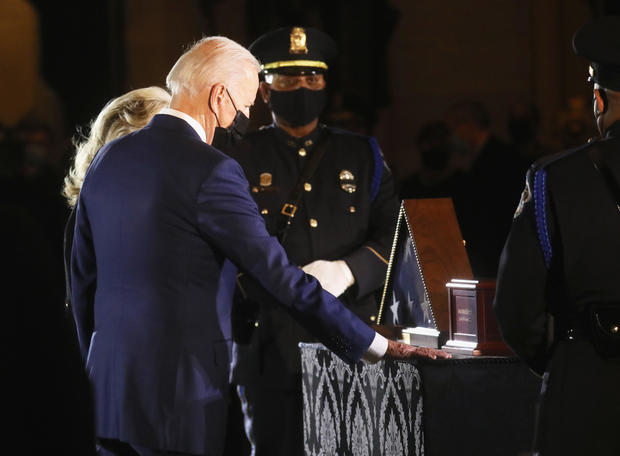 “A peacekeeper, not only in duty, but in spirit,” Senate Majority Leader Chuck Schumer said of Sicknick during a Congressional tribute in early February. “Talk to his colleagues, and they will tell you that Brian was a kind and humble man, with profound inner strength, the quiet rock of his unit.”