Cherysse Cleveland, 44, was taken into custody Monday morning following the incident that unfolded at one of the restaurant’s locations in Ravenna. When police arrived, they observed her attempting to strike workers behind the counter, according to WKYC.

“Are you f—–g crazy? Don’t touch me!” a McDonald’s employee is heard telling a woman, who appears to be Cleveland, in an expletive-laden video purportedly captured of the disturbance. “Do not touch me, I’ll destroy you!” 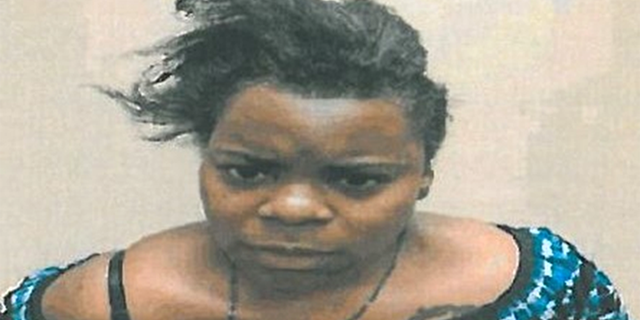 After a physical struggle, another employee then tells the woman – who is holding an empty cup – to “get out,” to which she responds “you get the f— out, b—-!”

The woman then says, “sorry, I’ve been up all day” and rips the mask off of one of the workers.

She then heads over to another part of the McDonald’s to fill her cup with ice at a drink station, before returning behind the counter and confronting the woman who warned that she would destroy her, the video shows.

A brawl then breaks out, and the employee is seen grabbing the woman’s hair and landing repeated punches to her head as she screams, “don’t f—–g hit me, b—-!”

The video ends with police arriving and placing the woman in handcuffs.

While investigating the incident, police determined that Cleveland became irate after being told by staff that it wasn’t possible to mix flavors of a slushy drink together, WKYC reports.