Property buyers could make huge savings – with one compromise

Home buyers can save up to $335,000 if they opt to buy the typical three-bedroom house instead of the typical four-bedroom, new data shows.

Bigger homes attract a premium price due to strong demand and limited supply, experts said. But the rising cost of living may force some buyers to compromise. 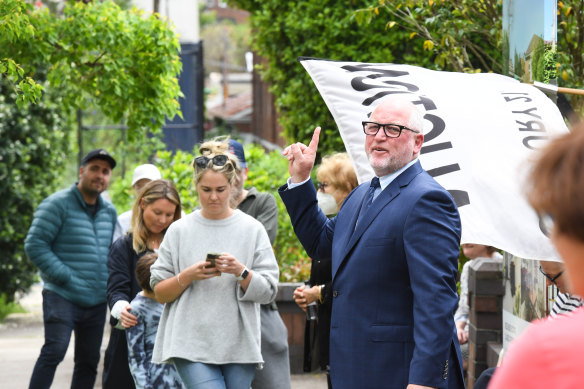 In Sydney, the median four-bedroom house costs $335,000 more than the median three-bedroom house, analysis of the latest Domain House Price Report for the September quarter showed. The figures compared typical homes of each size across Sydney, rather than the price gap between different home sizes in the same suburb.

PRD Real Estate’s chief economist Diaswati Mardiasmo said younger households would look to make the compromise as the cost of living hit the highest levels in decades and mortgage rates increased at the fastest rate since the 1990s.

“When we look at the cost of living, mortgages are getting more expensive. You will start to see people thinking ‘Can we do away with fewer bedrooms or a different type of house?’” Mardiasmo said.

She said the big price differential on bigger homes in Sydney and Hobart was due to the “quite dire” supply of larger accommodation, while smaller units proliferated.

Mardiasmo said larger households with inelastic needs, such as more kids in need of separate bedrooms and enrolled in schools nearby, would have the least number of options to shop around.

The price difference varied again when comparing houses and apartments.

When it came to three bedrooms, larger units in the two major capitals commanded a higher price than similar-sized houses. This was thanks to stiff competition from cashed-up downsizers and priced-out house buyers, who were chasing a limited supply of large apartments, experts said.

“We’re definitely seeing people compromise, when 12 months ago, you could service a multi-million dollar debt, people may now say ‘We don’t need the fourth bedroom, wine cellar and the theatre’. Some of these homes in the Hills [district] have pool cabanas.”

The premium on two-bedroom houses in almost all capitals was due to their land value and potential to capitalise on the property, while the premium on three-bedroom units was due to high demand from cashed-up downsizers and priced-out house buyers, said Mike McCarthy, director of Barry Plant.

“When you make the leap to a two-bedroom house, you’re going to be talking about a freestanding property on more land than a two-bedroom unit,” McCarthy said.

“You’re paying for more land, it’s the underlying value. Then secondly, in a lot of cases, you’re paying for the potential of what you could do with it too. A lot of those two-bedroom houses would be ripe for extension.

“Invariably as buyer’s borrowing capacity has been reduced with interest rate hikes, the reality is people are having to work off amended budgets, and they have to look at slightly different configurations.”

Most Viewed in Property