Just 18 months after moving from Ten to the ABC, Q&A host Hamish Macdonald is jumping ship.

It brings to an end what appears to have been a frustrating time for the high-flying Macdonald. Brought in as Tony Jones’ replacement as host of the panel program, Macdonald was at the helm of the show as it moved from Monday night to Thursday, with an attendant plummet in ratings. 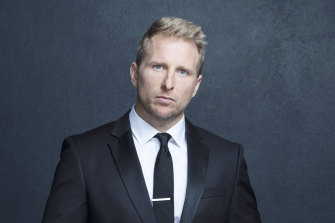 Hamish Macdonald was announced as the new host of Q&A in 2019.Credit:Nic Walker

In recent months, the show has been hosted by Stan Grant, David Speers and Virginia Trioli in Macdonald’s absence. Guest hosts will continue to helm the show “due to lockdown”, meaning Macdonald will not have an official farewell on the program.

Despite the disappointment of the show’s recent performance, the ABC praised Macdonald for having “steered Q+A through challenging times during the initial coronavirus lockdown as well as guiding the program through the first timeslot change in its 13-year history”. 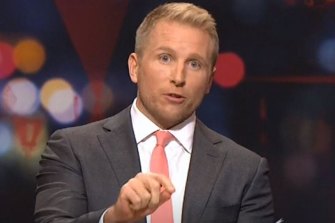 Audience figures for Q&A have plummeted this year. Credit:ABC TV

“Everyone at the ABC thanks Hamish for the incredible job he has done,” said ABC News director Gaven Morris. “At one stage during the lockdown he was presenting a live panel discussion program that wasn’t allowed to have either an audience or panellists in the studio. His experience and versatility came to the fore.

“Hamish has long been a part of the ABC family and we look forward to continuing that relationship when opportunities arise.”

Macdonald said he was excited to be “moving into a new opportunity” and working with the ABC in the future.

“I am enormously grateful for the opportunity I’ve been given to host Q+A and to work alongside wonderful, talented and passionate people,” Macdonald said in a statement.

“I am really proud of what we’ve achieved together during these extraordinary times. I’d also like to thank the incredible Q+A audience for all they contribute to this program each week. It is, after all, their show. Their questions and stories from all corners of Australia are inspiring, revealing and clever – and it has been a privilege to receive and read them.“