Viewers weren’t the only ones struggling to follow Erika Jayne’s story about her now-estranged husband Tom Girardi’s car accident. During the Real Housewives of Beverly Hills after show, Kyle Richards, Dorit Kemsley, Garcelle Beauvais, Sutton Stracke, Crystal Kung Minkoff and Kathy Hilton broke down claims their costar made during the previous episode of the Bravo hit.

Everything the ‘RHOBH’ Cast Has Said About Erika Jayne’s Divorce

The July 21 episode of RHOBH picked up with the cast discovering Tom’s assets had been frozen amid the former couple’s legal woes. 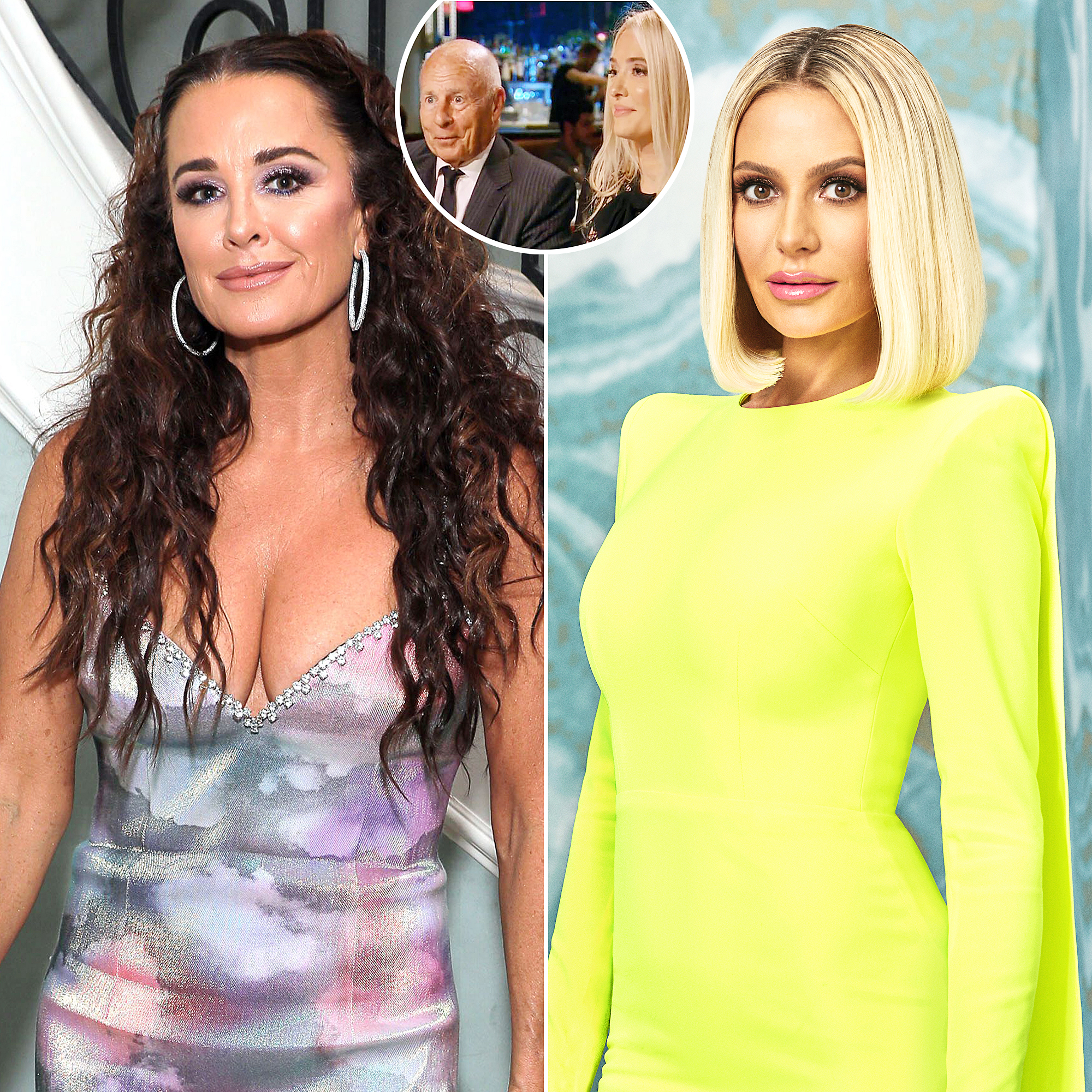 “It was very stressful because you thought, ‘Oh my gosh, you know, we’re seeing this, Erika is seeing this. What kind of mood is she going to be in? How is she going to be feeling?’” Kyle, 52, recalled on the Thursday, July 29, after show. “You feel bad for what she’s going through, but you don’t know the whole story and the background. It was a lot of us trying to figure out everything that was happening and kind of trying to put the pieces together ourselves. We didn’t know anything and as you know Erika is a very private person, so we were like, ‘What is going on?’ We were just trying to wrap our heads around everything.”

After news about the embezzlement allegations against Tom, 82, and Erika, 50, broke, she claimed on the series that she found “evidence” that he cheated on her before she filed for divorce in November 2020. (The former lawyer has yet to comment on the claims.) The Pretty Mess author also retold a story about Tom’s 2017 car accident, alleging that he was “unconscious for 12 hours” and suffered “a head injury … he broke his shoulder … snapped his ankle and then broke his clavicle.” (Erika previously told her castmates that Tom only injured his ankle.)

“My ears perked up a little bit,” Sutton said on the after show. “I just didn’t know why we were all the sudden talking about this accident and why we’re talking about this head injury. It was a confusing story. I got a little uncomfortable, I’m not gonna lie. And then I think the rest of the girls who knew this story about some car accident were hearing new information from Erika this time around.”

Dorit, 45, added that she “knew” about Tom’s accident years ago, but “this was the first time that I was hearing the gravity of the accident.” Kyle, for her part, called it “strange” to learn that the incident was “way worse” than the group originally thought.

“I thought, ‘Well I wonder why she didn’t tell us that at the time,’ but, you know, in hindsight now I’m thinking maybe because he was going through some mental decline of some sort and maybe they didn’t want that out there publicly because he was running this law firm,” the former American Woman producer told sister Kathy, 62. “Maybe it was none of our business because she was scared to say how bad the accident was.”

Celebrity Injuries Through the Years

Us Weekly confirmed in December 2020 that Tom’s legal team was questioning his health amid several lawsuits against him and his firm, Girardi & Keese.

“His attorney said that she feels that he is not mentally well. This is something that I have said, and no one would listen to me. And maybe finally he can get the help he needs,” Erika said during the July 21 episode. “Tom’s sole identity is being a great lawyer. That’s all he ever wanted to be in life and he put that ahead of everything, everything. These last few years, you know, when I noticed him declining, I think he held on even tighter. I think he was afraid; I think that he was mad because he was mean as f—k.”

After several months as his temporary conservator, a judge ruled in June that Tom’s brother, Robert, take over control of his person, estate and finances following the former lawyer’s dementia diagnosis. Tom objected at the time, telling the court he “disagree[d] with the conservatorship altogether.”

The Real Housewives of Beverly Hills airs on Bravo Wednesdays at 8 p.m. ET.